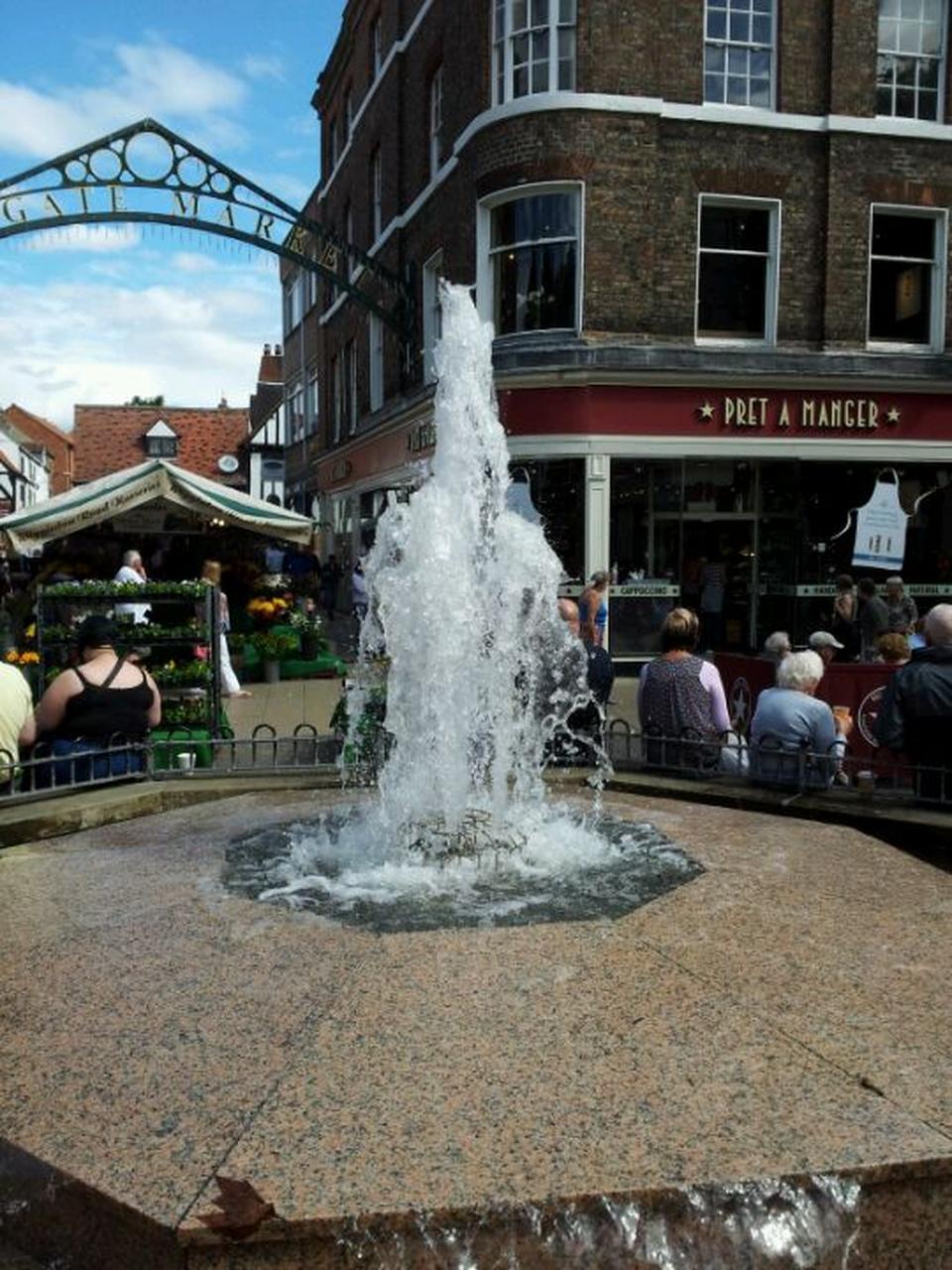 Apparently York’s newest QUANGO “Make it York” is claiming that it will demolish the fountain in Parliament Street later in the year.

It is unclear who will pay for this work or what this means for the streetscape, and activities potential, of York’s premier shopping area.

The fountain was installed about 25 years ago as part of the last major refurbishment of the area. The results of a design competition had been put to a popular vote and the inclusion of a fountain had been a high priority for residents.

“Make it York” is a curiosity. It was launched by the last Labour regime but without securing unequivocal all party support.

It is a Council owned company which seems to struggle with the basics. Its sales brochure is already out of date not having been updated to reflect the change in Council control which occurred over two months ago. They claim (wrongly) to have a former Labour Council Leader on their Board – a possible reason why the current Council Leader (a Tory) today claimed that he knew nothing of their plans to demolish the fountain.

The organisation has no transparency at all. No details of meetings are published and it doesn’t seem to have a remit to consult local taxpayers

The Council was criticised for signing off the new organisation without published smart performance indicators and targets. Even now, 3 months on, the baseline performance numbers haven’t been established.

A few more unilateral decisions, like the one about the fountain, and this organisation is likely to lose popular support – and with it any Council subsidy.

6 thoughts on “The strange case of the Parliament Street fountain”