He will sit as an Independent. 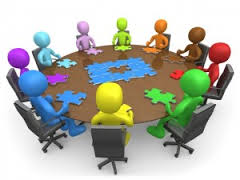 He is the second Conservative Councillor to take this route following the decision of Cllr Sian Wiseman who quit to became an Independent 18 months ago.

Ironically it was the Labour Councils “Big City” Local Plan which prompted both resignations.

There has never, in modern times, been more Councillors “crossing the floor” of the York Council chamber than during the last 4 years.

Labour started in 2011 with 26 Councillors but have seen defections, and an election defeat to the LibDems, reduce that figure by 5

The concern is that the resulting instability may lead to indecision as the City stuggles to take full advantage of the economic recovery.

Only the LibDem (9 Councillors) and Green groups (2 members) have remained united.

The Council’s web site has already been updated to show Cllr Watt’s defection.

NB. We understand that Cllr Watt had already been “deselected” as a candidate for the May Council elections. Another source within the Tory Group says that Joe didn’t apply to be a candidate.

2 thoughts on “Another Tory Councillor formally resigns in York”