Westfield Residents have lost out again from cavalier council.

Meals at sheltered housing in Gale Farm Court were axed by the council on 1st October despite protests by residents that the council had not given time for alternatives to be worked through. 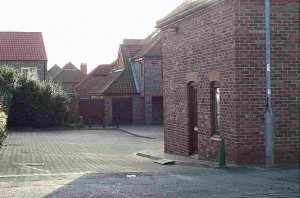 Residents do not have kitchens – indeed residents took on their flats on the understanding that they would have communal meal arrangements.

The letter had followed months of consultation where residents were led to believe that the council was simply sorting out a better provider- following complaints about the quality and unreliability of orders. The Council leader James Alexander had been approached in February at the “Westfield Community Conversation” event and had claimed that he wanted to sort the problem out!

Andrew Waller has been working with residents and companies who want to provide a service which means that residents don’t need to eat in isolation in their own flats. On behalf of the residents he wrote to Cabinet Councillor Lindsey Cunningham Cross to request that the old system continued until there had been a new one developed – in response she said that she would not comment on whether the scheme would or would not cease on 1st October…. until the 16th October.

Residents found out the hard way that the council was not going to budge.

Some taster sessions have been run by companies who want to bid for the work, but these have taken place after the council had stopped the communal meals. Andrew will be pressing with residents that a sustainable solution is brought forward.

Andrew said “The treatment of the residents of Gale Farm Court has been shocking. The axing of the service came out of the blue, and it seemed like the council had already written off the prospect of a replacement even before they sent out the letters at the beginning of September. I know that Cllr Lynn Jeffries had been working with the residents for months to get better meals.

Residents in council sheltered schemes deserve to be treated with respect by the council. They should have worked to provide a new solution before axing the old. It seems that the council is saying that it is trying to tackle social isolation in the area .. but actually does the opposite in practise. I am pleased that the residents have not taken this lying down, and have been pressing for a solution that they are able to choose a solution”.