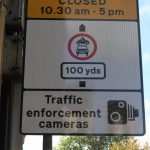 Cllr Ian Cuthbertson, who sits on the committee for the Lib Dems, commented:

“It is hugely disappointing that Labour councillors have blocked an inquiry into the Lendal Bridge trial. Liberal Democrats wanted a proper cross-party review of the trial to ensure that unanswered questions are addressed and lessons are learnt.

“Whatever the rights and wrongs of having the trial in the first place, it is clear that it was very badly implemented and managed. Poor signage meant that over 50,000 motorists were fined, the closure caused increased congestion in other parts of the city, then it was ruled ‘unlawful’ by the Government’s Traffic Adjudicator. We need to understand why these things happened, so that future attempts at tackling congestion do not end in similar failure.

“It is hard to escape the conclusion that Labour councillors cynically blocked the scrutiny review to shield their Leader and the Cabinet Member responsible from proper public scrutiny. If this is the case, it is clearly an unacceptable approach which does our city and its residents a huge disservice.”

Labour’s controversial closure of Lendal Bridge was abandoned in April after overwhelming opposition from residents and businesses and after a Government Traffic Adjudicator ruled the closure was unlawful.

A video of the meeting can be found here: http://www.york.gov.uk/webcasts