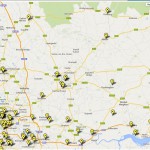 The number of people claiming Jobs Seekers Allowance (JSA) in York has again fallen, representing the lowest figure since October 2008.

The Office for National Statistics have released figures today stating that there are 2317 claimants in York, a fall of 134 from last month and of 740 from September 2012.

The claimant count represents 1.7% of the working population and contrasts to the regional average which stands at 4.1%.

The figures are also much lower than the national average which stands at 3.2%. 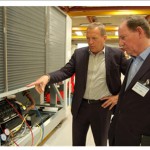 Meanwhile, York’s Lib Dem Euro MP Edward McMillan-Scott has worked alongside others to secure new EU trade deals with countries like the US and South Korea that are worth an extra £12 billion to the British economy each year.

Edward said: “These deals mean it will be easier for local companies to trade with the EU and beyond – helping to protect local jobs. We are also working to cut back on red tape, to help small businesses.”

All this and millions of jobs across the UK will be put at risk if UKIP and the Conservatives get their way and pull Britain out of Europe.