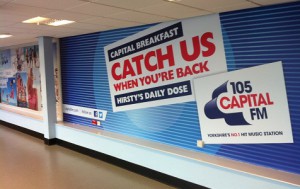 Liberal Democrat Group Leader Cllr Keith Aspden, Green Group Leader Cllr Andy D’Agorne and his colleague Cllr Dave Taylor have called-in the decision for further review. The issue will now be considered at a special meeting of the cross-party Corporate and Scrutiny Management Committee next Monday.

“With a budget deficit of £3.7 million and ongoing cuts to frontline services it seems extraordinary that Labour can find £85,000 to spend on a speculative marketing campaign at Leeds Bradford Airport. The priority at the moment should be to deliver the services that matter most to residents in York, not to fritter money away on half-baked schemes like this.”

The Cabinet decision has been called in by Councillors Aspden, D’Agorne and Taylor for review by the Corporate and Scrutiny Management Committee. The following are the reasons given for the call-in:

1. With a projected £3.7 million budget deficit and ongoing cuts to basic street level services we do not believe this should be a spending priority.
2. We are not convinced that the proposal represents value for money at the current time.
3. We do not believe that the criteria is in place to satisfactorily measure the effectiveness of this expenditure.
4. Despite claims by the Cabinet Leader in July 2012 that he was “in negotiations to secure direct transport links between the Airport and York”, there is currently no link. The cost of this project would make more sense if such a direct link existed and passengers could easily get from Leeds-Bradford to York.

The meeting will take place on Monday16th September, 2013 at 5.30 pm. Full details can be found here: