To understand the real reasons behind why queuing traffic is causing congestion problems at York’s central waste collection site you have to go back a few years.

Until 2012, York operated three civic amenity (recycling) sites that residents could use to dispose of unwanted items. One (at Beckfield Lane) was located on the west of the City, as second (Towthorpe) was located in the east with the third being Hazel Court.

In 2009 the Council announced a plan to create a salvage and reuse centre. It was likely to be located at the existing waste transhipment centre at Harewood Whin. It aimed to go a step further in encouraging the reuse of items that had not reached the end of their lives. Reuse/salvage has less environmental impact than either incineration (or even recycling)

A new Labour administration – elected in 2011 – made two mistakes. It scrapped plans for the salvage centre and simultaneously announced the closure of the Beckfield Lane site.

The site was subsequently developed for housing.

In effect, 75% of the City now tries to funnel its waste through the Hazel Court site.

There are some alternatives. So called “bring” bins are located in car parks. They typically provide facilities for recycling paper, cans, glass, clothes, and shoes.

The web based “freecycle” group seeks to put item donors in touch with potential users. (The service closed down for much of lockdown but is now operating again). Private scrap dealers also tour and collect in some areas, but it is a largely uncoordinated service. In some areas “surplus food” is distributed by volunteers to those in need.

For many years, ward committees funded visits by skips to estates. These provided an option for those without personal transport to dispose of items. In some wards the vehicles toured the area on a particular day picking up discarded items. This service has also largely disappeared.

The Council should publish details of the amount of waste being deposited at Hazel Court by type.

That will provide them with valuable information on what needs to be done to ease further the demands on Hazel Court and surrounding roads.

Speculation is mounting about the future of the Sainsbury’s Local store on Beckfield Lane. Sources suggest that it may close towards the end of the summer.

The rumours have been reinforced by the recent decision by the company to close its Argos stores, make redundancies at its head office and close 10 large supermarkets and 110 local branches

Sainsbury’s has performed well during the pandemic recording an increase in sales of 8.5% last year.

The Supermarket was rebuffed by regulators in an attempt to merge with Asda 2 years ago.

Sainsbury’s operates 10 stores in York. The Beckfield Lane store is their only outlet in Acomb. The next nearest Sainsbury’s Local is in Blossom Street.

Lloyds Bank confirmed recently that it would close its Front Street branch  on 11th March (Thursday).

It was still attracting a steady stream of customers this morning.

Police in York are appealing for witnesses and information about a road traffic collision on Boroughbridge Road.

It happened at 9.45pm on Thursday 31 October 2019 at the junction of Boroughbridge Road onto Beckfield Lane.

It involved two vehicles, a Nissan Quashqai and a Suzuki Ignis.

Immediately after the collision, the driver and occupants of the Suzuki Ignis left the scene.

In particular, we are appealing for information about who was driving the Suzuki or any one who saw the driver leave the scene

Anyone with information that could assist the investigation should contact North Yorkshire Police on 101, select option 2, and ask for PC41 Ellison. You can also email david.ellison@northyorkshire.pnn.police.uk

The biggest problem remains the state of road surfaces.

North Yorkshire Police is appealing for witnesses and information about a road traffic collision that occurred on Beckfield Lane, near Boroughbridge Road in York.

The collision happened at around 3.15pm  on Monday 22 May 2017 and involved a cyclist and a small red vehicle driven by a woman described as white, around 40-year-old, medium to heavy build, 5ft 6in tall with blonde hair. She had a male passenger in the car with her at the time of the collision.

Officials are recommending that Lidl on Thanet Road be permitted to open for longer hours.

Originally the store had asked to open between 07:00 and 2200 every day but this has now been reduced for Sundays and Bank Holidays.

Currently Sunday trading laws allow a large retail unit to open no earlier than 10.00 and ending no later than 18.00 for a continuous period of 6 hours. Granting planning permission for the proposed hours does not override Sunday Trading Legislation. The stores agent has confirmed that the proposed Sunday opening hours are speculative and is in response to the Government announcing (July 2015 Budget) potential revisions to Sunday trading hours.

Only one objection to the plan was received.

Officials are also recommending approval of an application to build 9 dwellings on Lland lying between Beckfield Lane and Runswick Avenue. The report can be read by clicking here 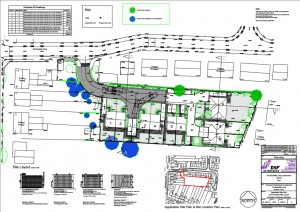 This application attracted 28 letters of objection (and three of support)

Service 5A will divert via Ostman Road, Danebure Drive, York Road, and Ridgeway during these works.

Below are the latest planning applications received by the York Council for the Acomb and Westfield wards.

There are two significant planning applications for housing developments in the Beckfield Lane area.  The first to the rear of 1 – 9 Beckfield Lane – with an access from Runswick Avenue – may comes as a surprise to some residents involving as it might the development of  gardens.

Proposal:       Erection of 9  dwellings with associated access and parking 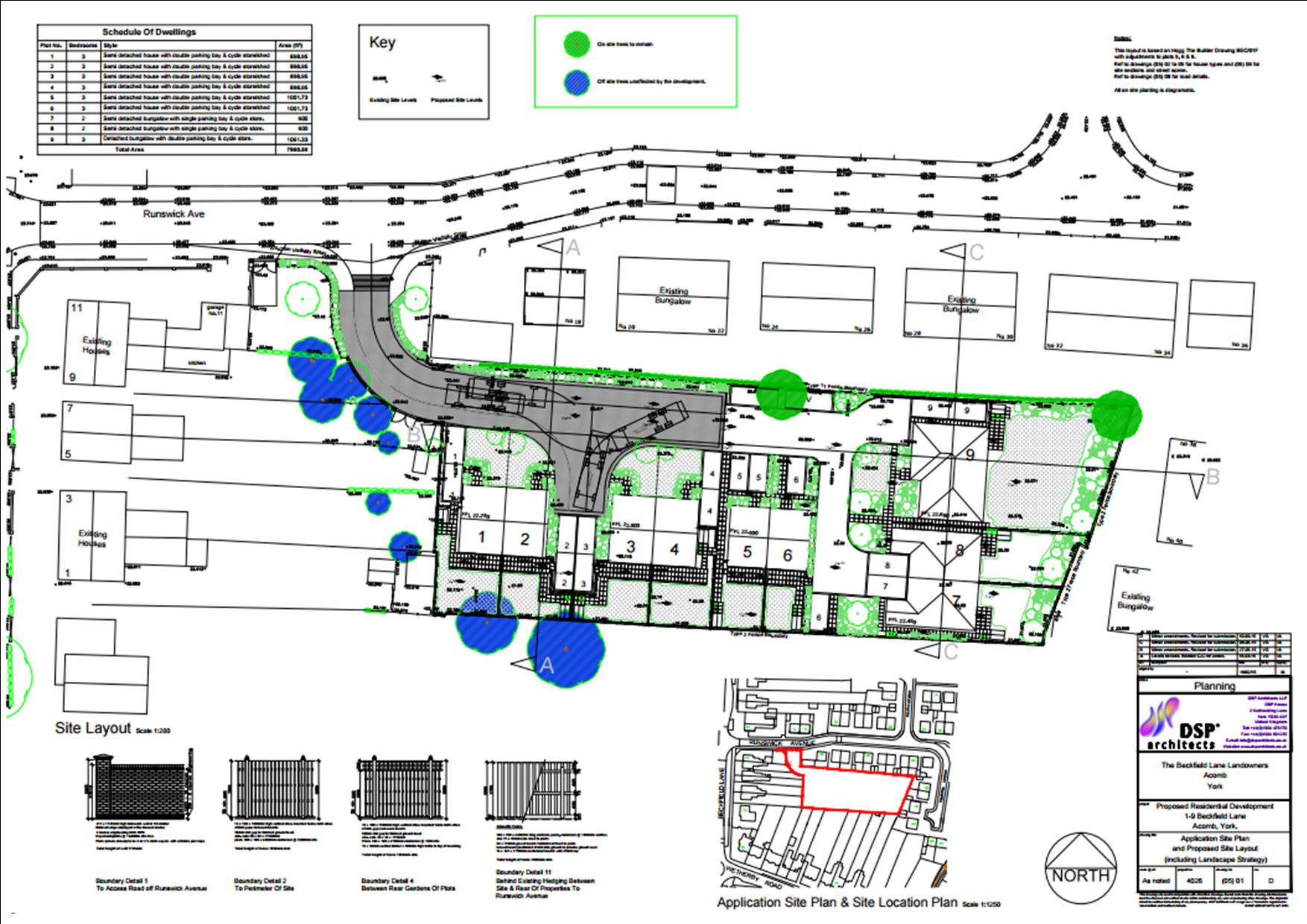 The next application has already attracted a large amount of interest from affected residents. It is the application to construct 14 houses on the copse of woodland next to 41 Knapton Lane

Proposal:       Outline application for erection of 14no. dwellings 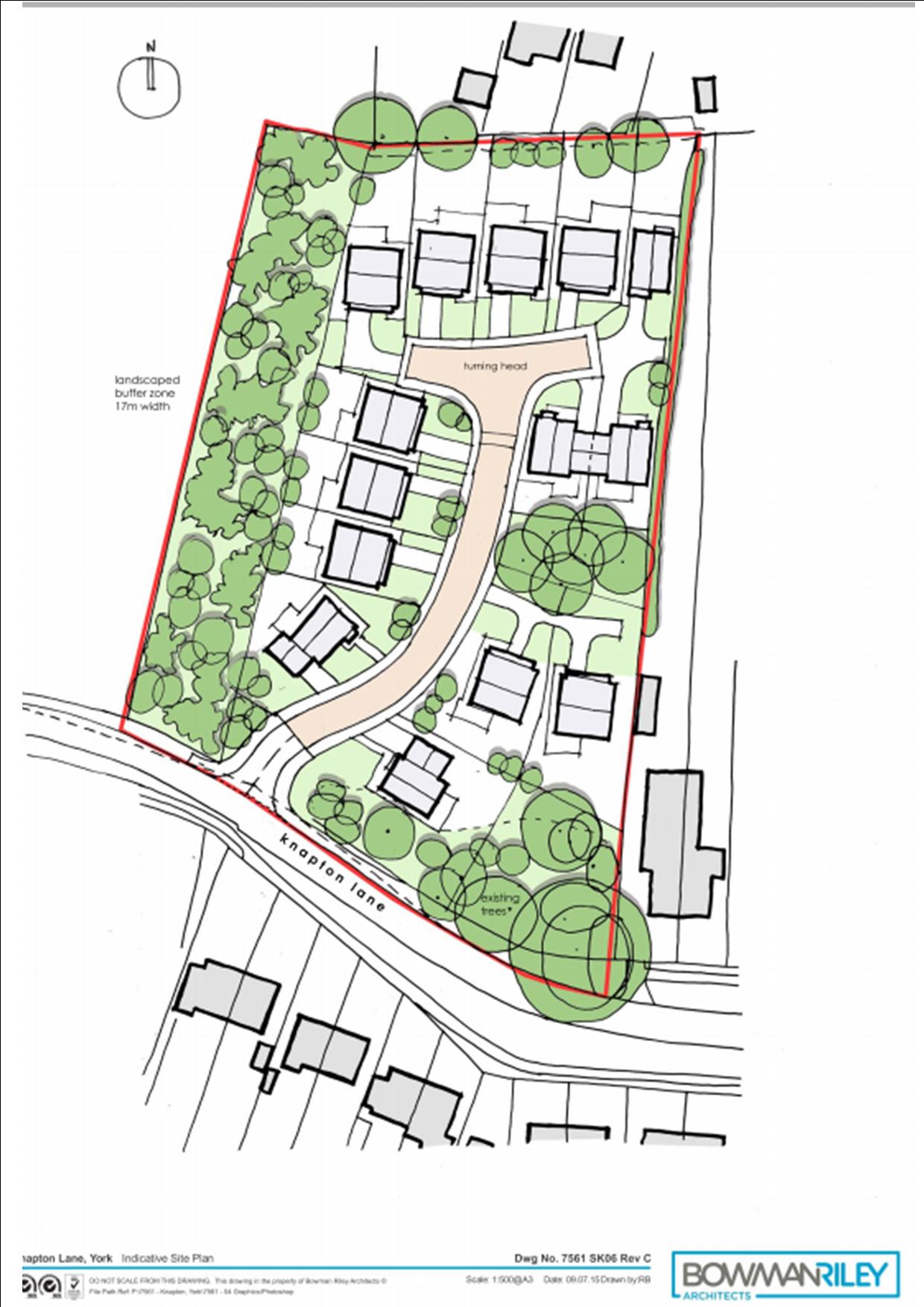 The York Council has been urged to explain when the blanked out traffic signs at the end of Beckfield Lane will be restored.

The signs are understood to advertise a weight restriction which appears to have been lifted while the long running A1237/A59 road works were taking place.

The Council did not consult residents about the signs and blanking them out with “gaffa” tape is an unusual way of lifting a restriction!