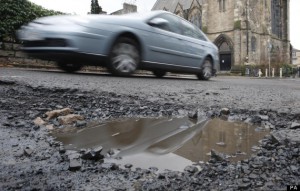 The number of claims for damage to vehicles in York, as a result of poor road surfaces, has increased by over 400%.

The Council had halved the amount that it was investing in highways maintenance in 2012/13.

A Freedom of Information response has identified the road in poorest condition in York.

The Council says that, generally, a road has a surface design life of 15 years.

At any one time there are around 40 potholes on the York road network requiring attention. This increases in the winter as a result of the impact that ice has on poorly maintained carriageway surfaces.

Potholes can be reported here http://www.mycouncilservices.com/