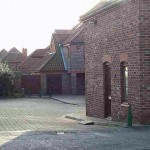 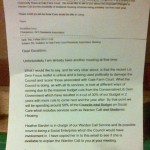 END_OF_DOCUMENT_TOKEN_TO_BE_REPLACED

Council Deputy Leader (Tracey Simpson Laing) is off on a trip to Strasbourg. 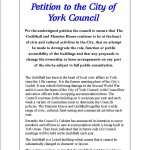 Apparently she is telling Europe how successful York’s Labour Council is using “online petitions and campaigning”, and spoke of “the council’s approach in engaging with residents via the internet, as part of its wider communications offer”

Given that every on line petition received by the York Council during the last 2 years has been ignored, and their woeful record in providing even basic update reports on their web site, the topic beggars belief.

No doubt she was able to explain why there has been an explosion in the number of Freedom of Information requests submitted to the Council since 2011 as residents desperately try to find out what is happening in their City.

It is unclear whether the trip it is connected with her failed bid to become a Euro MEP. The media have observed a conspiracy of silence on that topic