The Council has revealed that it has done a deal to sell 0.74 acres of land to Yorspace at the Lowfield school site.

The land is located next to Tudor Road and is expected to accommodate a high-density development of 19 houses and flats. The communal living style model involves people purchasing shares in a “Mutual Home Ownership Society”.

A report, made public only after a decision had been taken says, “It is a high-density development, to reflect its sustainable objectives, and will also include a community building which can be used for events, as well as some shared outdoor communal areas and growing spaces. As part of the groups green objectives, they are aiming for around 1-1.5 parking spaces per house. The site will be constructed using a variety of environmentally friendly materials and processes, possibly including straw bale and solar”.

The report also says, “As part of the agreement they may also take on the management of the growing spaces and some green areas of the Lowfield site and will run them for the wider community’s benefit”.

The council is refusing to say how much the land will be sold for nor will it say what the market value of the land is.

It is clear that a substantial discount has been negotiated.

It appears that the Council is not stipulating that the plots should be reserved for use by  local people with a proven need for cheap accommodation (e.g. on the housing waiting list &/or key workers). 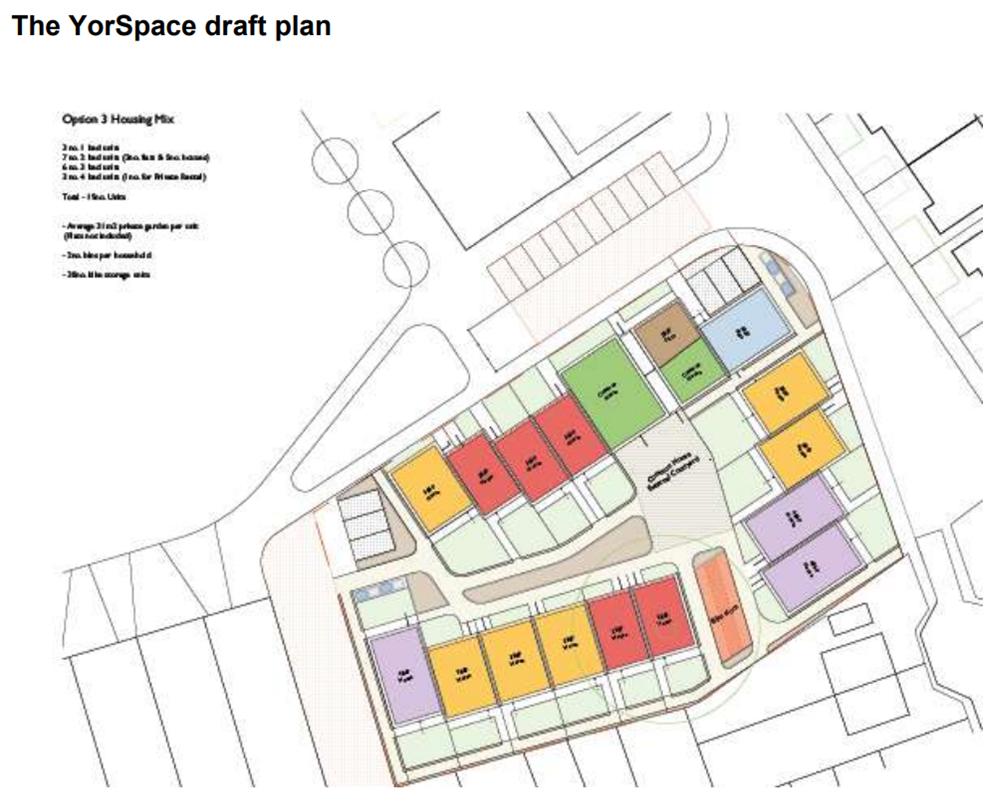 The Council has already changed its plans for the relocation of the football team which currently uses the Lowfields playing field.

In December, they were supposed to be relocated to Tadcaster Road. Last month the Council said they were considering fencing off Chesneys Field to accommodate them.

That announcement produced a barrage of opposition from the current users of Chesneys Field.

Residents opposed fencing the public open space by a ratio of 3:1 in a recent door to door survey.

The decision to sell off the land to Yorspace  was taken last week by the Councils Director of Health, Housing and Adult Social Care (Jon Stonehouse), at a private, behind closed doors, meeting.

There was no consultation with affected residents before the meeting was held.