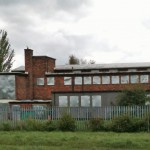 We understand that a Developer has now expressd an interest is purchasing the former Our Lady’s school site off Windsor Garth.

Although their detailed intentions and timetable are unclear, we understand that discussions with the owners (the Diocese of Middlesbrough) are continuing.

Residents had expressed concern about the vulnerability of the building to vandalism and the possible theft of building materials and scrap.

We will provide more details as they become available.

City of York Council is adding extra pilates classes for the over 50s, due to popular demand. Sessions run every Tuesday 1pm-2pm at the York RI Sports Ground in Acomb and cost £4.50 a class

The rise in popularity is partly due to the success of the Eng-AGE 50+ Activity day in February. The day allowed people to try a range of sports that are available specifically for the over 50s in York, which include pilates. END_OF_DOCUMENT_TOKEN_TO_BE_REPLACED

Detectives investigating three robberies at the same shop in York still require witnesses to help with their enquiries.

Earlier in the week a 14-year-old youth was arrested and charged with the latest robbery at the Goldmine Convenience Store on Haxby Road at around 6.30pm on Sunday 13 May.

Officers are still actively seeking a second person they believe was involved in the incident and are appealing to anyone with information to come forward. END_OF_DOCUMENT_TOKEN_TO_BE_REPLACED

Working with Empower Community Solar, the panels will be fitted on homes which have already been identified as potentially suitable in terms of size, orientation and pitch. The work will be carried out over the next six weeks at no cost to the council or to tenants to generate low cost, sustainable energy from daylight and could continue beyond that time, depending on an imminent announcement on Feed-in Tariff rules. END_OF_DOCUMENT_TOKEN_TO_BE_REPLACED

North Yorkshire Police will be carrying out mobile safety camera enforcement on the following roads between Wednesday 23 and Tuesday 29 May 2012. 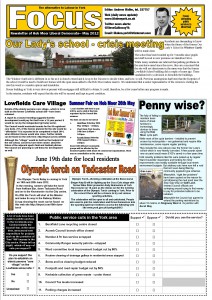 The Planning committee is being recommended today to approve the erection of a new garage and showroom for Audi cars in York.

Audi York comprises a single storey profile steel clad unit dating to the 1980s lying in close proximity to a number of other car dealerships at the eastern edge of the Clifton Moor Business Park.

Planning permission is being sought for the redevelopment of the site to provide expanded sales and office space and to facilitate the relocation of servicing and maintenance functions to the adjacent former DHL site.

Planning permission has already been granted for the relocation of the service functions. 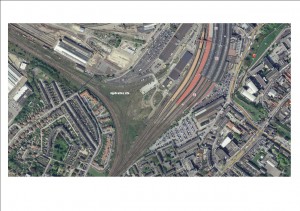 Planning permission is being sought for Network Rail facilities on a site near the Railway Station (see left) opposite Railway Terrace.

The Rail Operations Centre (ROC) will eventually replace the existing signalling centre at York (which is to the northeast of the application site), and would become the operating centre for the East Coast mainline between London and Scotland and would incorporate a training centre which would include a welding centre and external track facilities.

The training centre would replace existing facilities in the city and consolidate facilities in the region. The proposed building is T-shaped with the 3-storey (though with plant room on the roof) ROC and 2-storey workforce development buildings running parallel to the York to London line, linked by a hub (arrival point, cafe etc) to the single storey welding centre building which would travel northwest towards the Cinder Lane footbridge. The track would be to the southeast of the site (parallel with the line which runs to Skelton) and car parking spaces on the northern side of the buildings. A direct footpath from the train station will also be provided into the site.

The application is recommended by officials for approval – with conditions – and will be considered by the local planning committee on Wednesday. More details can be found on the Councils web site.

A couple of years ago now extensive improvements were made to cycling facilities on Crichton Avenue. Initially an unsegregated area of bitmac was provided on the approaches to the railway bridge. This left cyclists and pedestrians to work out who would use which bit of path.

At the time, the Council felt that this was potentially hazardous and decided – following a trial of a shorter length of shared path at Monk Bridge – that “hoof prints” and cycle logos should be painted on the path. Cyclists then knew which section of path to use.

A recent survey has found that over 90% of users now favour what has been labelled as “pseudo segregation”. It is likely to be introduced on similar parts of the cycle network elsewhere.

It isn’t just salt bins and security patrols that could be hit by Labour’s 90% cut to Ward committee budgets.

Questions are now being raised about the continuing payment of network charges for local CCTV cameras. Cameras like the one in Bramham Road provide a valuable safeguard for local residents.

So far there is no indication whether Labour have budgeted for them to continue.