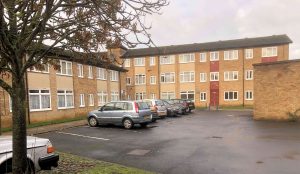 The York Council has now formally issued its planning decision on the application to remodel and extend Lincoln Court on Ascot Way.

The plans for the  “independent living” block of flats attracted controversy before Christmas when it was revealed that residents will have to move out to allow work to be completed.

This decision was in conflict with assurances given during consultation meetings held earlier in the year.

Now the conditions issued for the planning decision reveal that the 10 new units planned for the site will be “extra care” beds. Condition 12 of the permission states that this will ensure that the flats are not subject to “right to buy” legislation.

Extra care facilities involve 24/7 support and are currently provided by the Council at buildings like Marjorie Waite Court. Because of the staffing demands, the facilities require a “critical mass” of users to make them economic. 10 bedrooms falls far short of the numbers required to sustain such levels of support.

The users of extra care facilities rarely have their own transport and thus have reduced needs for parking provision (although their carers are likely to need some provision).

On the other hand, the car park at Lincoln Court is already congested and the addition of 10 additional flat units will stretch it to breaking point. The current plans do not allow for a rear access to the potential overflow parking – and delivery access – available at the adjacent school car parks.

Officials speaking at the planning committee meeting in December said that the new flats would offer the same facilities as those already in use in the building.

We think that too many mistakes have been made with this project.

There is now confusion over when residents will be able to return to their homes, over the function of the 10 new units which will be provided and over the future of the all-weather games area which Sport England says should be replaced elsewhere if it is bulldozed.

The planning application should be referred back to the planning committee for these issues,  and problems with traffic congestion, to be clarified and resolved.