Most people say that they can’t influence decisions 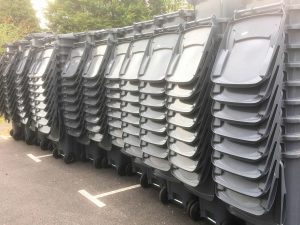 Refuse collection costs are a concern in York

A report being considered later this week forecasts that the York Council will overspend its budget by around £800,000. This is a controllable risk. Overspends are often projected after the first quarter of the 2018/19 financial year..

The Council has a net budget of £122 million.

Most of the overspend is for children’s and adult social care services. Waste collection costs also continue to be under pressure

The good weather and increased visitor numbers experienced during most of this summer has led to car parking income being 3.2 % above budget. This could lead to an £150,000 surplus at the end of the year.

The Council will also increase the surcharge on Council Tax rates applying to second homes from 50% to 100% with effect from April 2019.

A panel of residents gives a quarterly verdict on how well the Councils is performing.

Only 26% agreed that they could “influence decisions in their area”.

The Council only highlights a limited – and highly selective – number of performance indicators in its committee reports. Residents have to wade through on line scorecards to  find out more detail (click)

Independent surveys of public service satisfaction levels in the City reveal that people are most unhappy with the following public services:

The Council singularly fails to publicly monitor and comment on these public services.

The best independently rated public service is the bus service with 57% now rating it as “good”.  Many bus services are of course provided on a commercial basis.