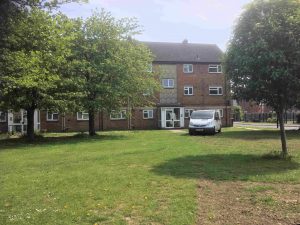 The problems have been exacerbated by recent developments and the Liberal Democrats now want to see alternative parking spaces provided if the proposed demolition of garages on Newbury Avenue gets the go ahead.

Plans for the garage site development are expect to be published late next month with a  referral to the planning committee expected before the end of the summer.

Local residents anticipate that a section 106 notice will be served requiring the developers to fund alternative parking space.

The Council stopped re-letting empty garages as long ago as 2012 – a step which has made the lack of off street car parking space an acute problem.

Some of the possible sites for new parking lay-by area shown on the map below. 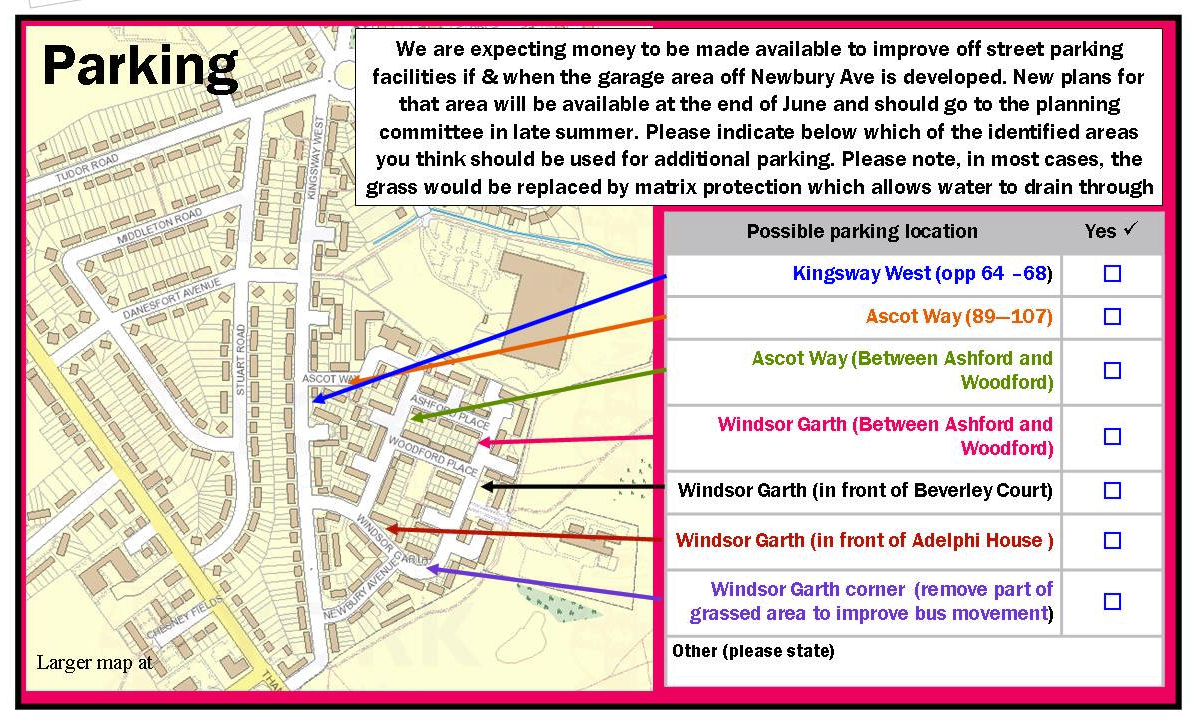