We can recommend the updated bus app for mobiles. It now has a facility to report problems with bus stops 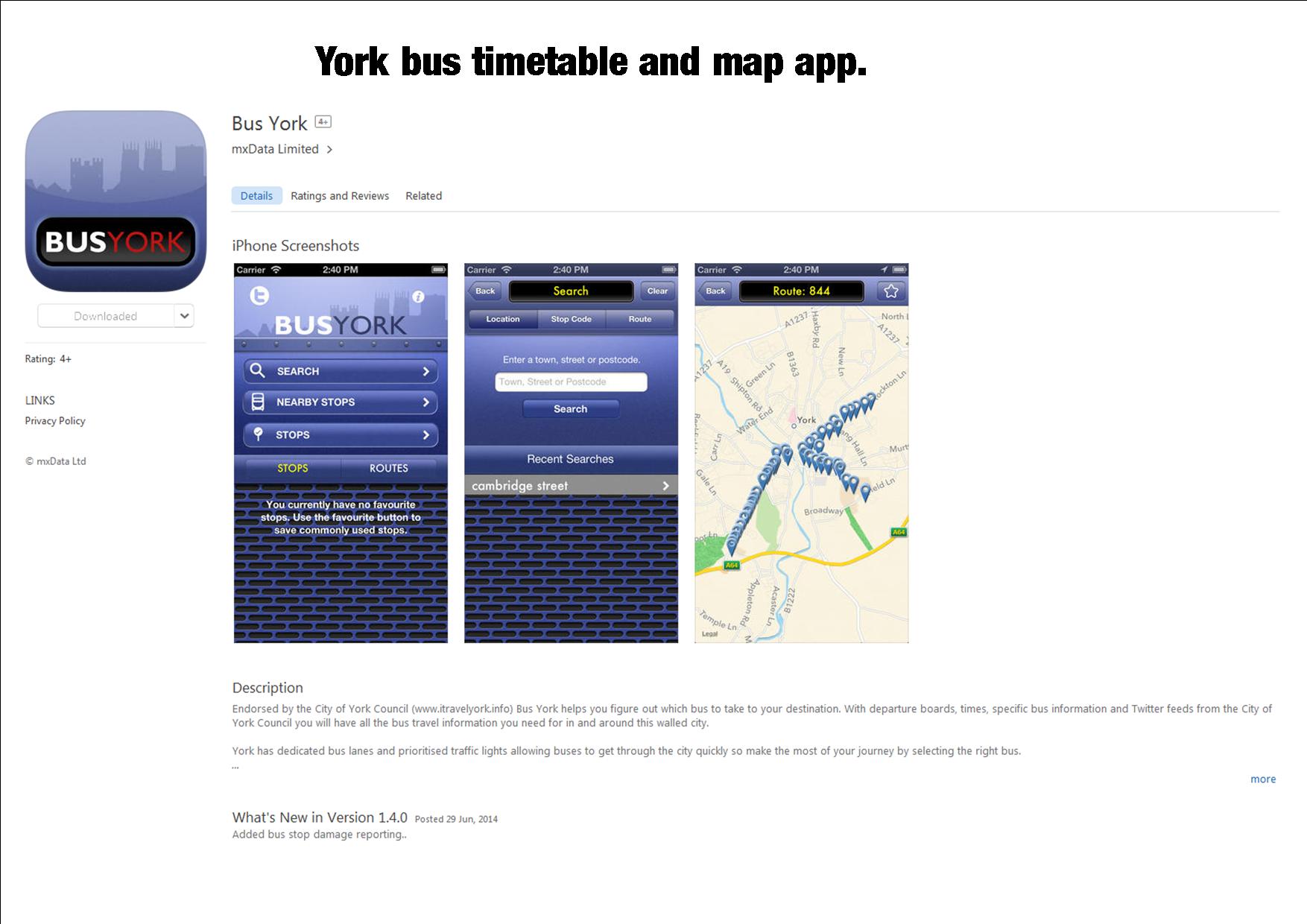 With a new team in power at the Council, we will be renewing our calls for quality of service and reliability statistics to be made available each month.

At the moment the Council only passes on the data – which is collected automatically by route monitoring systems – for publication on a national web site once a year.

The last published figure – which is a snapshot – revealed that 1 in 5 buses were not running on time in the City.

While most bus users are mainly interested in when their next bus will arrive, the absence of the kind of bus service performance information routinely published by train companies, is a glaring omission for public transport users in York.

Since then ,there has been no sytematic independent checks on bus service quality in the City.