The last Labour led Council failed to meet its target, of building 150 additional affordable homes per annum in York, on 3 of the 4 years that it held power.

The figures have recently been published on the Councils web site. Further information was provided in response to a Freedom of Information request

The one year (2011/12) when 151 homes were completed, owed much to the forward planning of the previous Liberal Democrat administration which had started work on providing additional Council houses in areas like the former Discus bungalow sites.

The Labour Council consistently refused to use the £15 million, held in  housing reserves, to buy properties on the open market.

Until recently suitable properties were being advertised for less than £130,000 a unit. 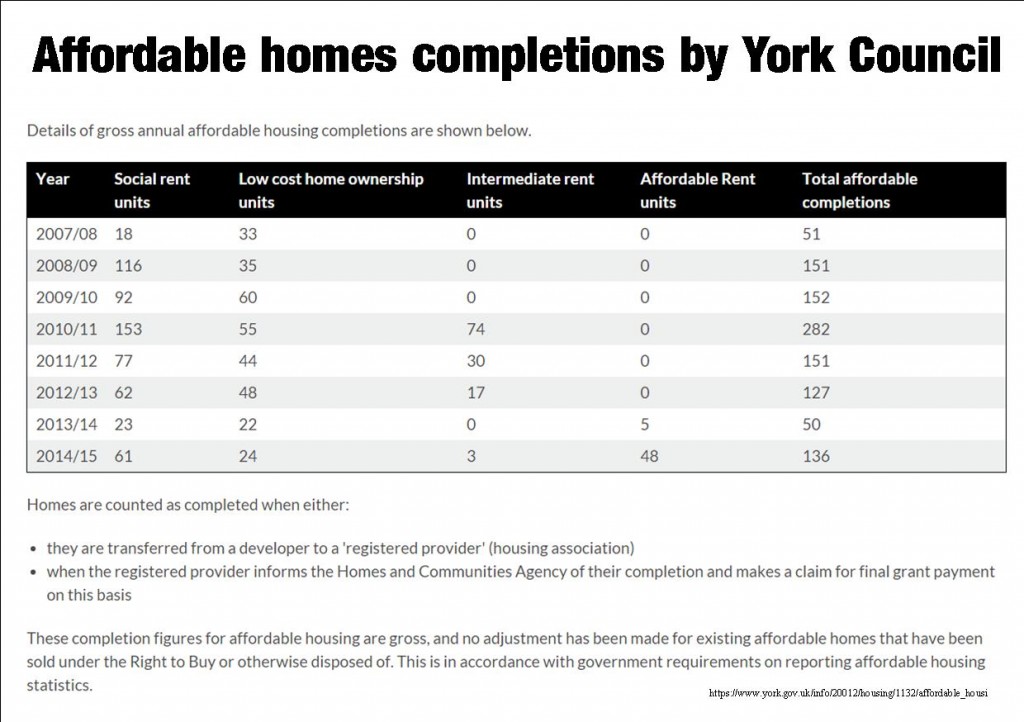