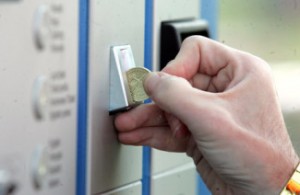 Proposals to introduce free parking at some City centre car parks were agreed by the Labour Cabinet last week.

The “free parking” plan covers the period between 8:00am and 11:00am on Thursdays, Fridays and Saturdays.

Only a limited number of car parks will benefit from the change.

The plan has been heavily criticised as it will encourage more traffic onto the highways network between 8:00am and 9:00am when congestion is at its worst.

…..but we can reveal that was not the case.

In their original plan businesses wanted free parking to operate between 9:00am (when most shops open) and 11:00am.

They did favour the concession being available between Thursday and Saturday but wanted it to apply to all car parks.

“Pay on Exit” would also have been introduced at the Castle car park as well as at Marygate.

It appears that Labour spokespeople have been economical with the truth again and face a grilling when the proposal – which has been “called in” for further consideration – is discussed.

There is a “calling in “ meeting scheduled to take place on  12th May 2014 to discuss the Council’s latest Local Plan proposals.

So far, the “Free Parking” issue has not been added to that agenda, suggesting that the Labour Councillors are now desperately casting around for figures to support their perverse decision.

3 thoughts on “Free car parking – Labour plans DID NOT have business support.”