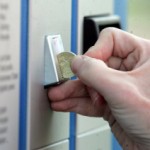 The York Council has sneaked an additional report onto the agenda of its “Cabinet” meeting which is taking place on 24th April.

It will discuss the plans for the free City centre parking scheme – which was originally scheduled to be considered on 6th May.

The change to the agenda has not been formally publicised, so many residents will be unaware that they have very little time – over Easter – to make their views known.

The report says that any continuation of “free” parking – after the Vanguard section S106 monies have run out – will be funded by City centre businesses that will be expected to participate in a “Business Improvement District” (BID).

The last attempt to form a BID in York floundered as most businesses did not wish to subscribe.

The Council has admitted that the scheme will cost it £275,000 in income plus any reduced income resulting from those drivers who switch to the free period from other times of the day (or from those car parks on which charges wills till apply like Bootham Row).

The Council seems to have no idea what the impact on the viability of park and ride services will be.  No allocation for lost fare revenue is included in the costings.

No consultation with NCP and other private sector car park operators appears to have taken place.

The report is silent on how visitors will be reminded that, if they arrive during a “free” period, they may still need to purchase a pay and display ticket if they intend to continue their stay after 11:00am.

Some Council car parks will still charge £2 an hour during the “free” period. Quite why anyone would chose to pay when they can park for free nearby is not explained!

No assessment is made of the effect that the scheme will have on peak period traffic volumes. There is no acknowledgement of the impact that the change may have on deliveries which will be taking place in the Footstreets during these hours.

No attempt has been made to explain why the free period starts at 8:00am – before many businesses and most shops have opened.

We still believe that this scheme has not been fully thought through although the Council Leader James Al;exander asserts that he has spent 6 months working up the plan!