Council Tax would be frozen and £3million of service cuts would be reversed under budget plans revealed by York’s Liberal Democrat Group.

The proposals, which will be tabled at City of York Council’s budget meeting on Thursday, would see a new £500,000 community fund created for residents to spend locally plus extra investment to boost recycling and tackle climate change. 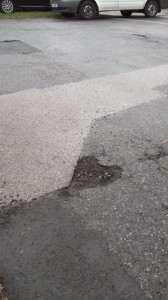 The Lib Dem plans would see the controversial £3.3million ‘Reinvigorate York’ scheme – which funded the unpopular King’s Square revamp – cancelled and a reduction in funding on a new multi-million pound council IT project. Labour’s new £70,000-a-year ‘Head of Transformation’ would also face the axe and the number of Cabinet Members would be reduced.

“Our plans present a positive alternative to Labour’s approach. We would focus on residents by taking the government grant to freeze council tax and reversing cuts to areas such as road repairs, youth services and community centres.

“We would get rid of Labour’s new Head of Transformation and reduce lavish spending on £3.3million of city-centre schemes and the new £6.1million council IT project. Making cuts in these areas would allow us to prioritise resources on frontline services and give communities the money to spend on the ground.

“Experience tell us that it is residents who know where money should be spent in their communities’ not council officers sitting at their desks. We will give communities the money to spend locally – be it on more salt bins or new facilities in parks.

“Our plans would also begin to curb Labour’s reckless borrowing which has seen interest payments increase by 50% since 2011, and debt charges climb by over £1million-a-year.”