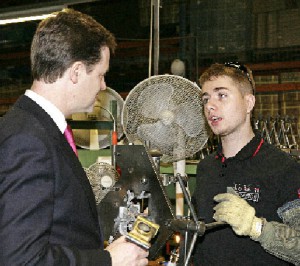 The news means businesses will no longer have to pay tax on their employees aged under 21-years-old. For example, companies will save £1,000 each year for every young employee earning £16,000.

In York the plan to abolish NICs for young people from April 2015 means companies will not have to pay the contributions for 5,750 young people.

Cllr Keith Aspden, Liberal Democrat Group Leader on City of York Council, welcomed the decision, which was part of the chancellor’s Autumn Statement, and said:

“The Liberal Democrats are focused on getting young people into work and this initiative will help give businesses in York a break and encourage them to start recruiting.