Council officials are recommending that the City invest £1.7 million of taxpayer’s money in a new Leeds City Region development fund.

The fund is being set up to support economic development in the West Riding, York and Harrogate.

It is hoped that the Revolving Investment Fund will have £500 million available to subsidise the Leeds City Region.

Officials say that, “The Fund would be maintained and grown by investing in commercially viable projects and leveraging match-funding, to gain the greatest returns with which to reinvest in further projects”. 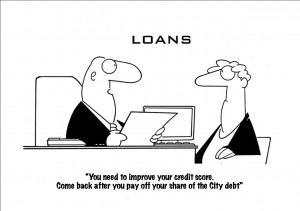 The York contribution would come from the £20 million Economic Investment Fund set up by the present York Council.

This fund has been heavily criticised as it increases the debt costs of the Council.

Taxpayers will have to fund the debt in future years.

The donation from York is in addition to the £500,000 slated to be given to the Leeds “Transport Fund”

One thought on “York set to give £1.7 million to Leeds “region investment fund””