We reported last week that a behind closed doors decision had been taken to approve two key reports associated with the York Local Plan.  They were to have been submitted to central government last week to meet the important deadlines.

One report concerned the infrastructure delivery plan.  We said that this should have been available publicly before any decision was taken.

The decision notice (see below)  said that instead it would be published on the Council’s web site on Tuesday (29th).

A report has now appeared but not on the listed Council web page. It can be downloaded by clicking here

It is an 80 page document which deserves some careful consideration.

One active local commentator has pointed out that, given the many years that have led up to the submission of the Local Plan documents, the consideration of this document now looks like an afterthought.

The Council has not yet commented on why proper notice of the decision meeting was not given in an open and transparent way. 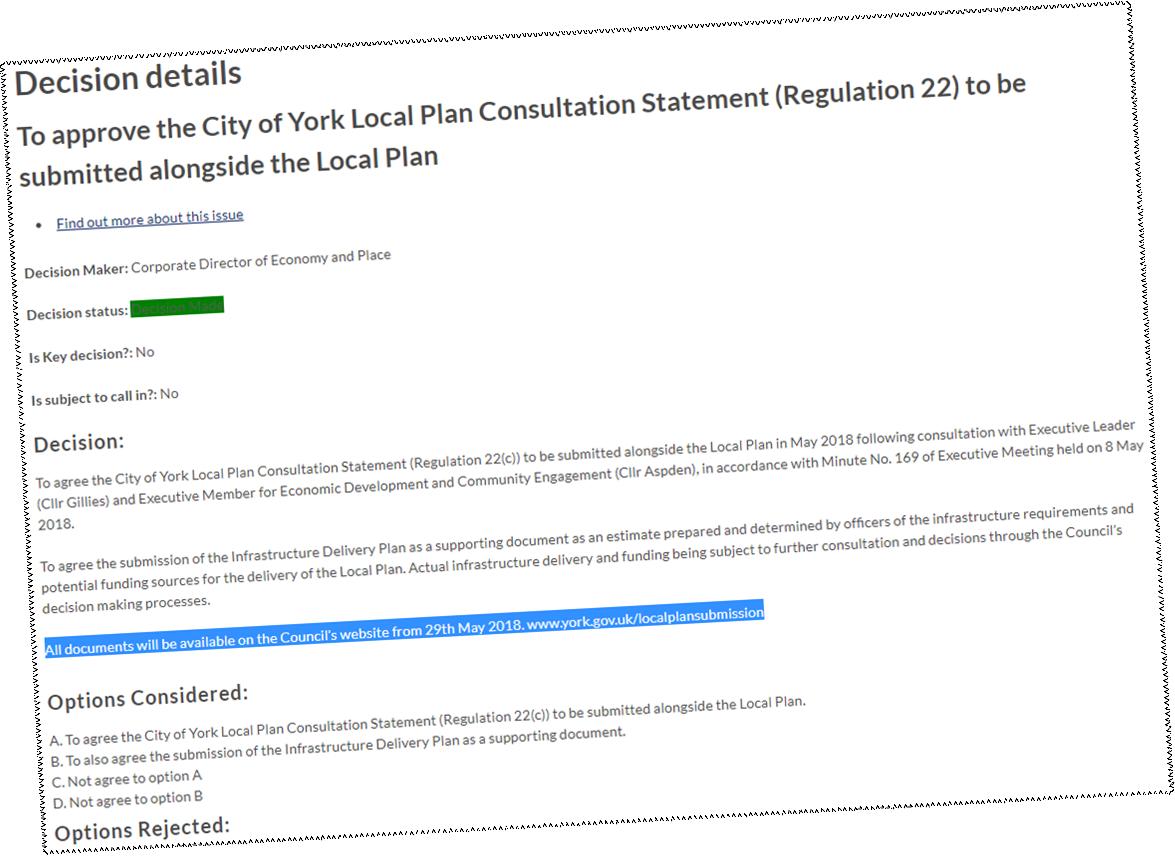