Only 3 from non UK residents

The York Council has responded to a Freedom of Information request about the progress made in offering refunds to drivers who were fined for driving over Lendal Bridge. 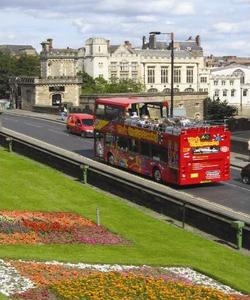 The Council decided, after pressure from opposition parties, to write to all affected drivers telling them of the process for claiming refunds.

The refunds were offered after the traffic adjudicator ruled in 2014 that the Council had acted unlawfully.

The Council has now confirmed that 27,181 letters were sent to drivers on 13th February.

In total 28,153 applications for refunds have been made although this figure does include some duplicates.

Since the decision to send out the letters a total of £334,921 has been refunded.

Taking into account the refunds made last year, a total of £689,531 has so far been refunded.

At the March 2014 Council meeting Cllr Merrett, who then was responsible for the trial closures on Lendal Bridge and Coppergate, admitted that over £2 million had been raised in fine income.

With the Council now having been judged to have acted unlawfully on Coppergate as well as Lendal Bridge, it seems likely that a further tranche of letters will shortly be going out advising more drivers of their right to a refund.

“Clearly many thousands of drivers did not know about their right to a refund.

Opposition Councillors have been vindicated for their decision to ask that all drivers be notified by letter of the refund process.

It is unfortunate that so few foreign visitors have responded to the letter. This rather suggests that the reputational cost of this project failure may be with us for several more years

One thought on “28,153 drivers apply for Lendal Bridge refunds”