The Information Commissioners Office has ruled that the York Council breached Freedom of information legislation when it refused to reveal how many “All York” bus tickets’ had been sold in the City. 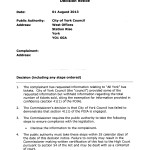 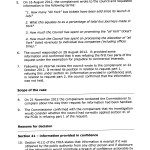 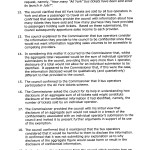 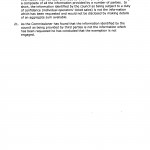 The decision notice will be published on the Commissioners web site shortly.

The case dates back 12 months to a time when the York Council announced that it was planning to subsidise a new bus ticket which would allow passengers to travel on services provided by more than one operator.

The Council allocated £20,000 of taxpayers money to fund the launch and then agreed to resource the backroom apportionment work involved in distributing fare income to bus operators.

The option was labelled an “All York” ticket. They were priced at £5 for an adult.

The Council were subsequently asked to indicate how many of the tickets had actually being sold?

The Council declined to disclose the information on the grounds that it was “commercially confidential”.

However, the Information Commissioner has now confirmed that the aggregated sales figures cannot be regarded as confidential as they don’t reveal the number of sales made by each bus company.

He has ordered the Council to release the sales figures.

“The Commissioners decision is that the City of York Council has failed to demonstrate that section 41(1) of the Freedom of Information Act is engaged.

• Disclose the information to the complainant”

“The mistake concerned one of several outstanding issues that bus passengers in York have with the Council.

The most serious of these is a failure to publish, on a regular basis, reliability information on local bus services.

Hopefully the Council will now side with passengers in their quest for timely information about bus service operations in the City”.