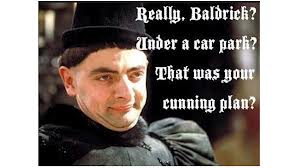 A year-long programme of events to sift fact from fiction about the life and reign of Richard III has been announced by an eminent group of York-based organisations.

Richard III: Rumour and Reality is a collaborative project inspired by the identification of the remains of England’s last Yorkist king during archaeological excavations, which prompted enthusiastic public interest across the region.

Richard III, one of England’s most controversial Medieval kings, played an important role in the history of Yorkshire and its capital city. He was courted by The Lord Mayor and council of the day and his visits to the city were celebrated with great pomp – although his appeal was not universal! Following his death in 1485, his legacy has been hotly disputed. A progamme of events across the city and county will investigate the fiction and the truth of this legacy and bring to life this fascinating period of cultural change.

The series of events led by archaeologists, historians and curators will probe York’s wealth of documentary evidence, artefacts and buildings which Richard himself visited, to celebrate the Plantagenet monarch’s connections and relationship with the city and the county.

Alongside a series of summer events, the first six months of the programme will be dominated by academic research into the myth and legend surrounding Richard, while activities in 2014 will reveal and share the truths of his reign and relationship with the city.

Residents and visitors will be invited to take part in these events which will be led by organisations including City of York Council, the University of York, York Minster, York Museum’s Trust, York Archaeological Trust, Richard III Museum, English Heritage, Richard III Society and York Theatre Royal.

In June, the first phase of events start with Richard III Museum’s exhibition on the king’s ‘Interim tomb’ and the story of the excavations at Leicester; then the York Festival of Ideas 2013 features a family fun afternoon and a talk, ‘Richard III: History’s man and Shakespeare’s villain’ on 23 June at the University of York. While at Middleham Castle, Richard’s Yorkshire base, celebrations will mark the 530th anniversary of his accession to the throne on 26 June and his association with the town.

In July, event highlights include the Yorkshire Museum exhibiting the replica head of Richard III as part of a new display looking at what is really known about this myth-ridden monarch.

In August, York Archaeological Trust will be hosting a series of events bringing the Medieval era to life across the county while visitors to York Minster can enjoy Medieval summer activities and also a special Evensong at York Minster on 24 August to commemorate the 530th anniversary of the investiture of Richard’s heir and only legitimate son as Prince of Wales in 1483. Edward, who died a boy at Middleham Castle, is believed to be buried in nearby Sheriff Hutton parish church.

Among September’s activities will be a series of walking tours ‘In the Footsteps of Richard’ by City of York Council’s Archaeologist, the king’s birthday will be celebrated in early October with a number of events. While in November, York’s Theatre Royal will be staging a production of Shakespeare’s ‘Richard III’ on the main stage from 19–30 Nov.

5 thoughts on “Richard III and York”