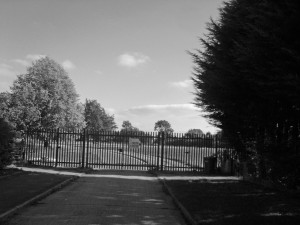 The planned Lowfields retirement village announced in 2011 and due to have opened later this year, will not now be completed before 2016.

The news is the latest in a catalogue of failures that have dogged a project which would also have seen modern facilities for the elderly provided at Fulford and Haxby.

Both the latter 2 schemes have now been abandoned although extra facilities are planned at the former Burnholme school site.

90 places are to be provided at Lowfields and 72 at Burnholme.

The latest Council report, due to be considered on 4th June, says, “that the two new care homes should provide a ‘household model’ of residential care whereby residents will live in self-contained households that are home to a maximum of 12 residents – ‘a home within a home’. Such households will provide a more domestic and homely environment than a traditional large care home. Each household will have a domestic kitchen and open plan communal spaces that will help promote a sense of community, whilst also supporting the staffs’ care and observation of residents. The residents’ own bedrooms, with en-suites, will be close by thus ensuring that privacy and dignity can be achieved for all residents”.
The Council is now saying that 72 dwellings could be developed at the Lowfields site. This is a big increase on the 21 two bedroomed bungalows agreed in summer 2011 or even the subsequent hike to 50 agreed in the autumn of the same year.

This raises the prospect that some, at least, of the green space (former school playing fields) will be built on.

The care homes will be designed, built, operated and maintained by the private sector although the Council will fund and retain ownership of the buildings.

The Council will have to find at least £20 million to pay for the building work.