The Council will decide on Tuesday 4th December whether or not to reinstate the 320 litter bins that it removed from York’s streets in the summer.

Petitions collected by the Liberal Democrats and residents living in Dunnington have prompted the review. 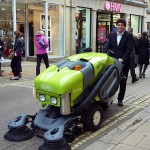 Papers for the meeting (click here http://tinyurl.com/York-Litter-4th-Dec-12 ) suggest that the Labour Councillor who will make the decision does not view avoiding litter as a major concern.

He is pictured left pretending to road test a new £10,000 street sweeper made necessary by the increasing amounts of rubbish being dropped on City centre streets. 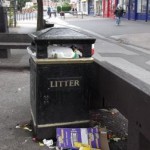 The situation is worse in sub-urban areas like Front Street and Dijon Avenue.

The Council says that it has reinstated or relocated 17 bins but that is a drop in the ocean compared to the demand for improvements.

See following table for details of the changes that have been agreed. 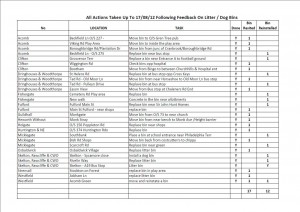