York fares relatively well in a Shelter report on the number of household evictions seen over the last year.

The City comes 230th out of 320 English local authorities surveyed by the national charity Shelter. There were 470 repossessions in the City working out at a rate of 5.6 per 1000 dwellings.

The City’s relatively good performance – which beats both regional and national averages – is put down to our low unemployment rate.

Regionally York is bettered only by some North Yorkshire districts with Craven having one of the lowest repossession rates in the country. The worst were found in the Hull and Grimsby areas. 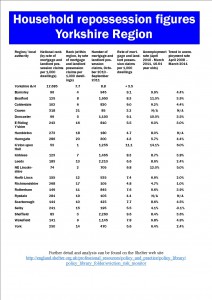