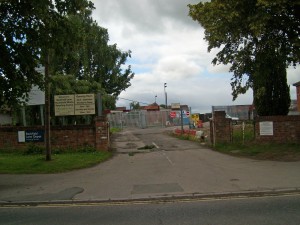 With the Beckfield Lane recycling centre full to bursting, the Council needs to get on quickly with providing a replacement facility.
A site at Harewood Whin has been identified for a “Salvage and re-use” centre which will aim to reduce the amount of material going into the waste stream. This in turns reduces the amount of landfill tax which the local authority has to pay creating a virtuous circle.
Everyone benefits as reuse of goods means that we avoid the use of energy in a re-manufacture process.
The process would complement schemes like “freecycle” which aims to link those with surplus items to potential users via the internet. http://groups.yahoo.com/group/york_freecycle/
The investment in the new facility – which would also incorporate recycling facilities similar to those found at Hazel Court – would be partly paid for by selling the existing site on Beckfield Lane which is in the middle of a residential area.