You can find out more about WalkYork, and how to join, on their website.

It looks like the government’s announcement in November of a £600,000 grant for cycling and walking in York has strings attached. A “matching” amount is required from local taxpayers.

The York Council had bid for a share of what was termed an “Emergency Active Travel Fund”.

It was originally designed to promote social distancing and reduce pressure on public transport. Early examples if the kind of scheme supported by the York Council included the controversial Bishopthorpe Road one way system (since abandoned) and The Groves Low Traffic Neighbourhood scheme. Several foot streets were also extended.

Now the government (rightly) says greater weight should be given to consultation, with Local Authorities required to publish a consultation plan for their programmes by 11th December 2020. Details of York’s Active Travel Fund Tranche 2 application and the Consultation Plan are available as downloads at: https://www.york.gov.uk/lets-york/active-travel-bid/1

The costs of the individual schemes have now been revealed.

The most expensive is the proposal to construct a cycle path from Wheldrake village to Heslington.

There has still not been any attempt made to estimate the likely use of such a path although the Councils origin and destination surveys make a cost/benefit analysis relatively easy to produce.

Ironically, this project does not even appear in the list of cycling schemes that the Council has built up over the years. This is reproduced in a report being considered later this week. (click).

At least that list attempts to assess what impact the investment would have on transport choices. The top-rated improvement locations are

The Council is being urged to develop a new “walking and cycling strategy”. Certainly, those who walk will feel somewhat neglected by current York Council policies. Even more so when they see the lack of progress being made on determining 19 outstanding Public Right of Way applications. Some have been outstanding for over 20 years.

The main issue remains a lack of investment in maintaining the existing transport network.

This neglect poses an increasing hazard for pedestrians, cyclists, and other road users.

The latest Council funding bid offers little hope for those wanting to do more walking in the wake of the health crisis. Many had, during the lockdown, made a start by making more use of local Public Rights of Ways.

These include the network of paths which link Acomb Moor to Acomb Wood. Nearby the rural section of Askham Lane was also well used as was the Westfield/Grange Lane Park links.

None of these has received any funding for improvements to access gates, signage or even by putting hard core down on sections liable to flooding. A few hundred pounds invested in paths located in the suburbs would make a lot of difference. A £500,000 budget, intended for walking and cycling improvements, has already been allocated mainly to cycling projects near the City centre.

One claim for a Public Right of Way could apparently take a step forward next week. The Foxwood residents association has been told that the path across the moor (the field which has recently been ploughed) will be considered at a decision meeting taking place on Tuesday. The association applied for heh PROW order on te path as long ago as December 2018

Unfortunately no agenda or report for any such meetings has been published on the Councils web site. This suggests that any discussion will be at one of the Councils, now infamous, “behind closed doors” meetings.

We also expect the Council get a move on and re-establish a safe access onto the moor from Foxwood Lane.

City of York Council has been indicatively allocated £173,000 to support and maintain the growth in walking and cycling seen across the city during lockdown.

The Government’s Emergency Active Travel Fund is designed to support walking and cycling as a long-term method for commuting, as the country emerges from the pandemic. To receive any allocation from the fund, the Council has to demonstrate ‘swift and meaningful plans’ to support cyclists and pedestrians in York.

This funding is the first of two phases, with the second being conditional on demonstrating how we are able to adapt the city’s infrastructure to support more active travel, and how quickly these additional measures can be delivered. City of York Council has submitted a programme of actions to support walking and cycling at key locations as alternatives to travel by bus or car.

The Council says that it is allocating the funding to the following measures:

The Council says that the funding will also allow The Groves’s neighbourhood traffic reduction 18-month trial to move ahead more quickly. Details of the location of the closures to prevent through-traffic are subject to a council Decision Session on 22 June, when local residents can comment on proposals and all consultation feedback will be reviewed.

This scheme has nothing to do with the COVID crisis. Some Councillors were advocating the scheme over a year ago. It looks like the Council are trying to slip it through with minimal consultation although the congestion impact figures still haven’t been published.

This work will be co-ordinated with the council’s Economic Recovery Strategy, which will be delivered over the next few months. The strategy focuses on prioritising active travel, working with bus and rail operators to ensure people can continue to use public transport with confidence and creating a more people-focussed city centre. These measures will be delivered at pace to best accelerate the recovery of the economy, allowing businesses to open safely through June, whilst protecting residents’ safety.

It came as no surprise yesterday when the government, in urging some people to return to work, specifically said that public transport should be avoided. The government says that only 10% of those using public transport will now be able to do so as work restrictions are eased. They hope that (nationwide) an additional 5% can be persuaded to cycle to work.

While the message may have mainly been aimed at the big City’s like London, there are lessons for York.

York has a successful bus service. 12 million local bus trips are made each year to which should be added 4 million park and ride users.

There are a similar number of journeys made by cycle.

Around 20,000 people walk to and from the City centre, on average, each day. Over 70% of trips to the railway station are made using “sustainable” means of transport (cycling, walking, taxi or bus)

The government says that it is targeting those making journeys of up to 3 miles (who could walk) or 5 miles (who might cycle). Walking 3 miles might take an hour, cycling 5 miles maybe 40 minutes. One likely bonus is improved fitness and relatively low cost.

The negatives include journeys being uncomfortable in poor – or very hot -weather while, for cyclists, York’s creaking infrastructure can present hazards.

Neither mode is suitable for those carrying tools, supplies or heavy shopping. The elderly and disabled also might prefer off peak public transport.

A decade ago the York Council staged a trial where employees volunteered to use different modes of transport to complete a “commute” from the Askham Bar park and ride site to St Leonards Place. One person walked, one jogged, one cycled, one used a battery aided bike, another used a moped with a bus journey, a taxi and a car ride making up the numbers. The moped and battery bike (in their infancy in those days) offered the quickest trip time (both were “parked” on dedicated off street spaces).

We doubt that a similar experiment today would produce different results.

In the ,meantime anyone wanting to buy a new bike may find supply is limited for the next few weeks at least.

The Council holds a lot of information on travel habits in the City. Origin and destination data is already used in computer modelling to forecast the impact that changes to the highway network will have.

We understand that no forecasts were asked for prior to the recent changes in the Bishopthorpe Road area. Nor was a safety audit carried out. There was no consultation.

That is not the way to win the hearts and minds of residents.

As the City becomes busier again changes will need to be carefully planned. Reports should be on the Council’s executive forward programme of decisions.

If it isn’t, then there may be 15,000 former bus passengers driving into the City centre . 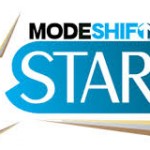 Even more schools in York have been recognised for their work in helping to make their local areas safer by reducing car journeys and using sustainable forms of transport such as walking, cycling and scooting.

Three school are following in the footsteps of Archbishop of York Junior School, who achieved the gold award in Autumn 2015, by becoming the latest schools to sign up to a national road safety campaign.

Our Lady Queen of Martyrs RC Primary School, Bishopthorpe Infants School and Robert Wilkinson Primary Academy have all achieved a bronze award and are a step closer towards gaining a ‘silver accreditation’.
END_OF_DOCUMENT_TOKEN_TO_BE_REPLACED