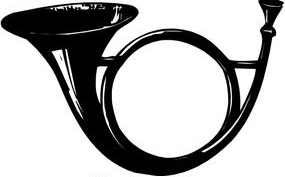 With the organisers of the Shakespearean Rose Theatre eager to return next summer for a repeat performance, it looks like they may have to dislodge Viking invaders first. 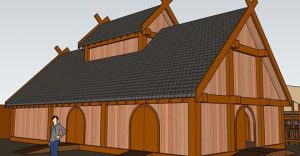 The York Council is reporting that they have been approached to provide a Viking themed theatrical experience which would include a Viking Great Hall and courtyard theatre “creating an immersive performance space with a capacity of approximately 100 people per show – with 360-degree sets, live actors, and special effects”.

The installation would also include a Viking themed homestead featuring food and beverage outlets, box office, sheltered and unsheltered seating, entertainment and demonstration stage and the potential for a craft and skills market.

The Council says this would involve the closure of the Castle Car Park to create a new area of “high-quality public realm”. Work on an alternative car park – a multi storey on St Georges Field – has not yet started.

The Rose theatre benefited from one of the warmest and driest summers we have had since the second world war. The test for outdoor attractions always comes with poorer weather. Time will tell what type of events are sustainable near the Castle.

As for the Viking Hall, our predecessors from Scandinavia were famous for their love of the arts. Many a happy evening was spent sitting next to an open fire sipping buttermilk and listening to the harps, lyres and lutes.

They might occasionally drink ale and mead, prompting the following poetic warning

Less good than they say 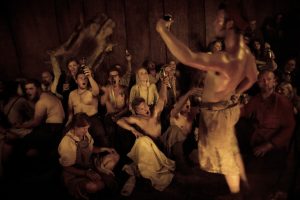 for the sons of men
is the drinking oft of ale:
for the more they drink,
the less they can think
and keep a watch over their wits.

Beers in those days were much weaker than today.

If the Viking Hall operators hope to get a license for their establishment, no doubt they will restrict sales to Kaliber and the like (No I didn’t think so either)

The Viking Hall would be open between January and May.  January to March is a notoriously quiet time in the York City centre. 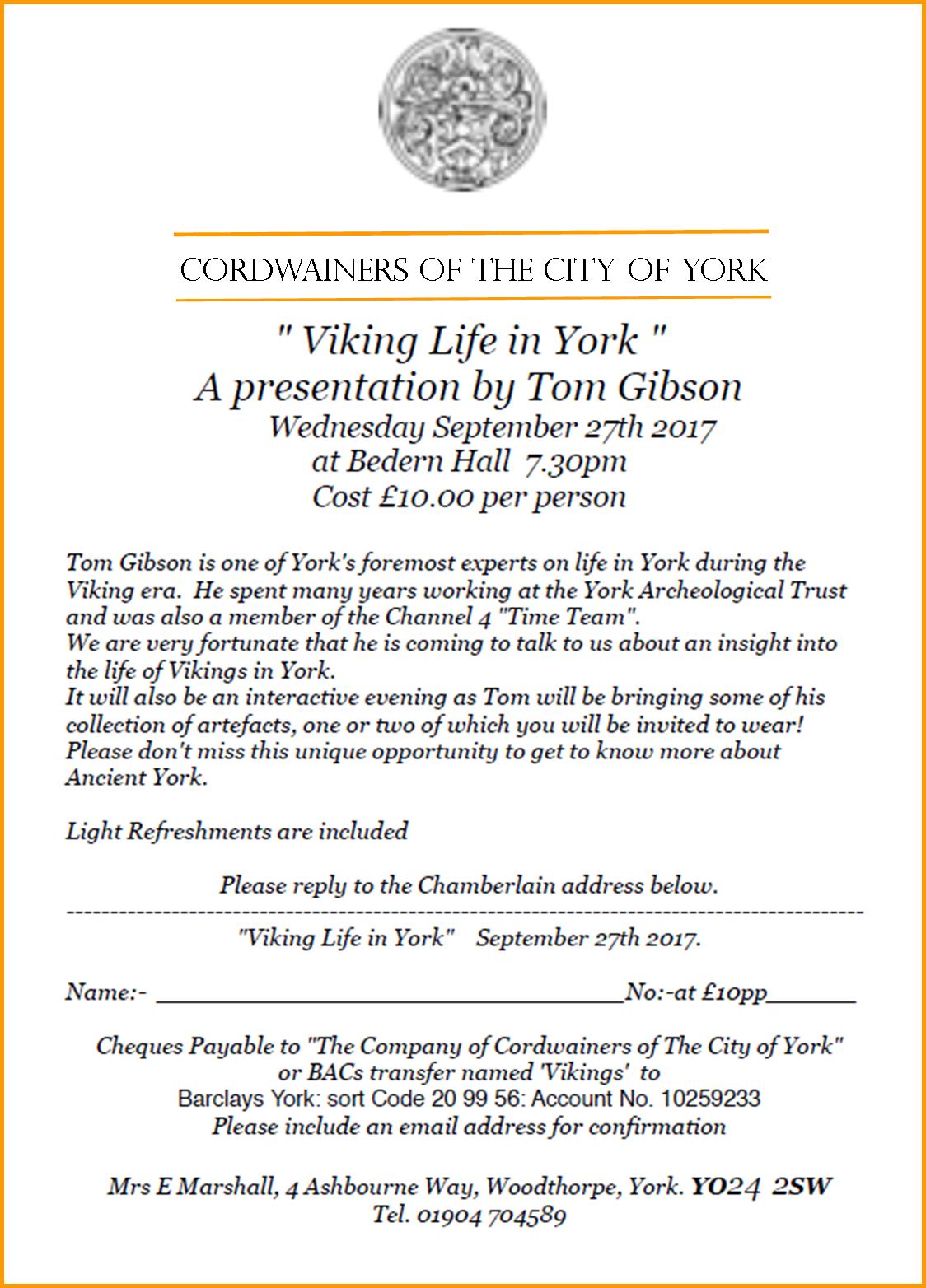 Two of the most significant and internationally recognised collections of Viking Age treasure in Britain will be brought together for the first time in a major new exhibition at the Yorkshire Museum in 2017.

Featuring some of the most exciting Anglo-Saxon and Viking discoveries ever made, the exhibition will explore how the Vikings transformed life in Britain.

Star objects from the British Museum will feature alongside the Yorkshire Museum’s world class collections and will be interpreted in new ways to give a fresh perspective on how Vikings shaped every aspect of life in Britain.

It will also feature ground-breaking research by archaeologists and new discoveries by metal-detectorists which will challenge our perceptions of what it means to be Viking.

The exhibition will open at the Yorkshire Museum and then tour to the University of Nottingham Museum, The Atkinson, Southport, Aberdeen Art Gallery and Norwich Castle Museum.

As part of the York Viking Festival – Meet the Vikings!

Handle authentic and replica Viking artefacts, learn how to play a Viking board game, and discover more about the mystery that is York Minster during the Viking period.

Find out more about Vikings and their relationship with Christianity at one of our short spotlight talks, at 12:00 and 14:00.

Discover Viking stories with exciting storytelling at 11:00 and 13:00.

Activities above are free with standard admission.Admission ticket lasts for 12 months. Family 12-month ticket from £10 (valid for up to 4 children visiting the Minster with 1 adult). FREE admission to Minster for York residents with York card.

Come and join us for a special Viking story & play session for Under 5s and their carers.

Come to our [uber] cool reading group. Discover a range of Viking stories with people who enjoy reading.

Come and learn how to craft like a Viking

Aged between 5 & 12 years old? Love history? Enjoy listening to stories?  Being creative? Then this is the event for you. 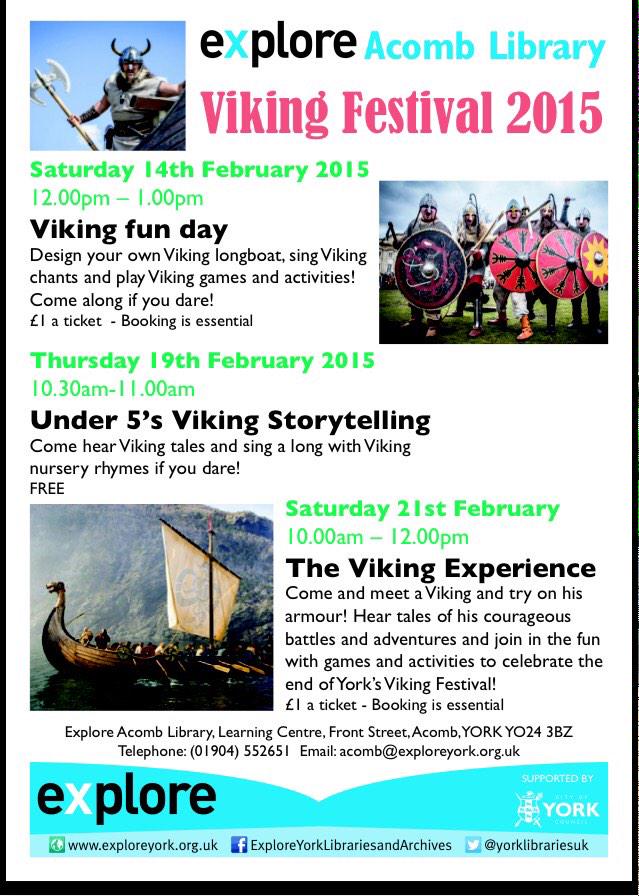 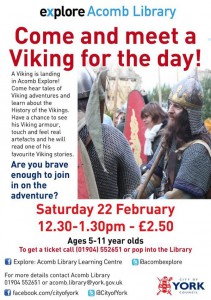