Longer consultation periods are now in operation in York for changes to traffic orders. 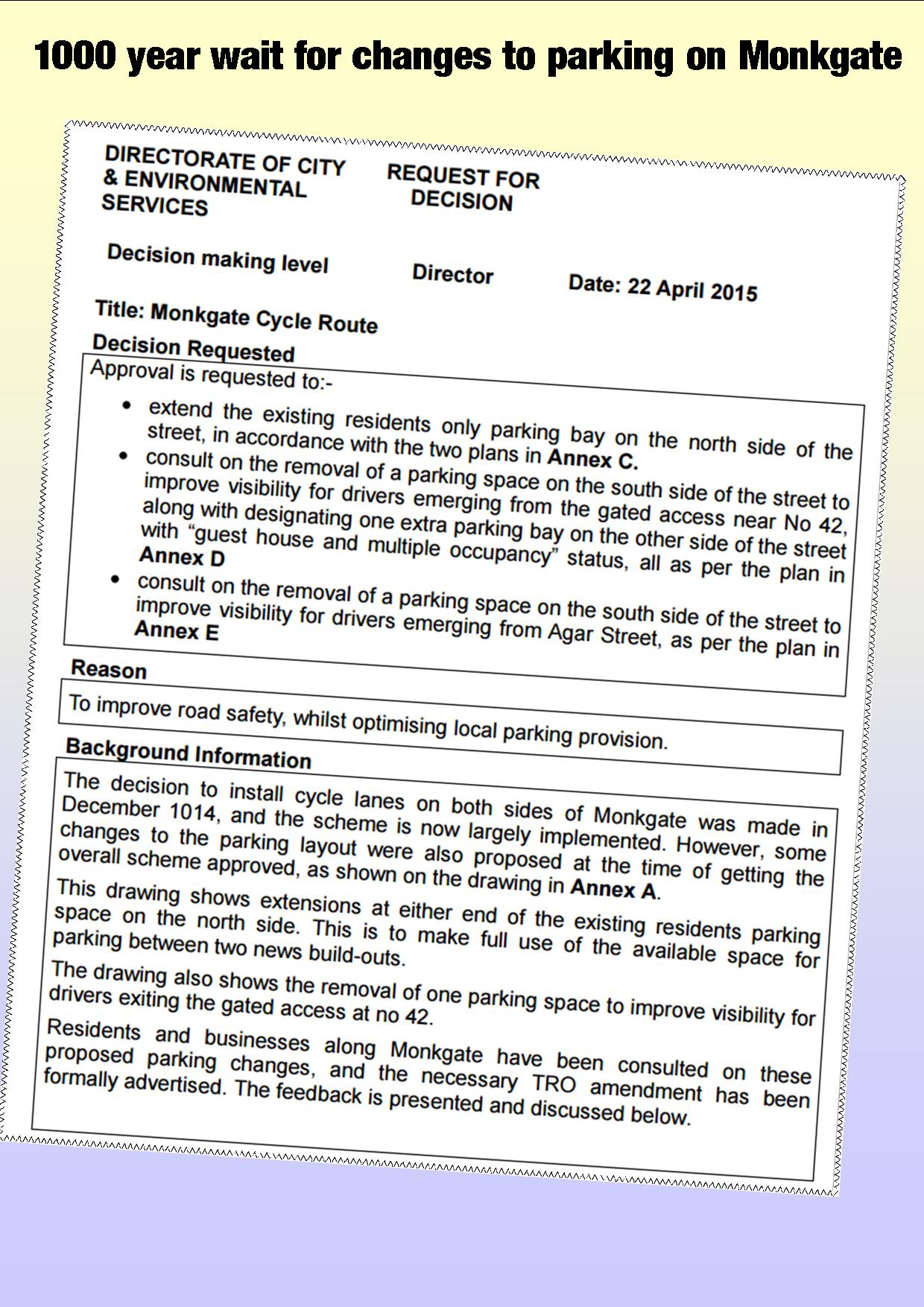 The move follows a further delay in getting the traffic adjudicator to release details of the  result of the Councils appeal against a ruling that fines imposed on Coppergate were unlawful.

In a behind closed doors decision the Council has now agreed to put off until after the election a decision on whether to remove some parking spaces on Monkgate. They are understood to be interfering with cyclists using adjacent cycle lanes.

The background papers, which were released after the decision had been taken, suggest that the proposed charges were first suggested in 1014.

That was the year that the first traffic adjudicator Æthelred the Unready returned from exile in Normandy to reclaim the throne of England.