Rated as inadequate and now in “special measures” 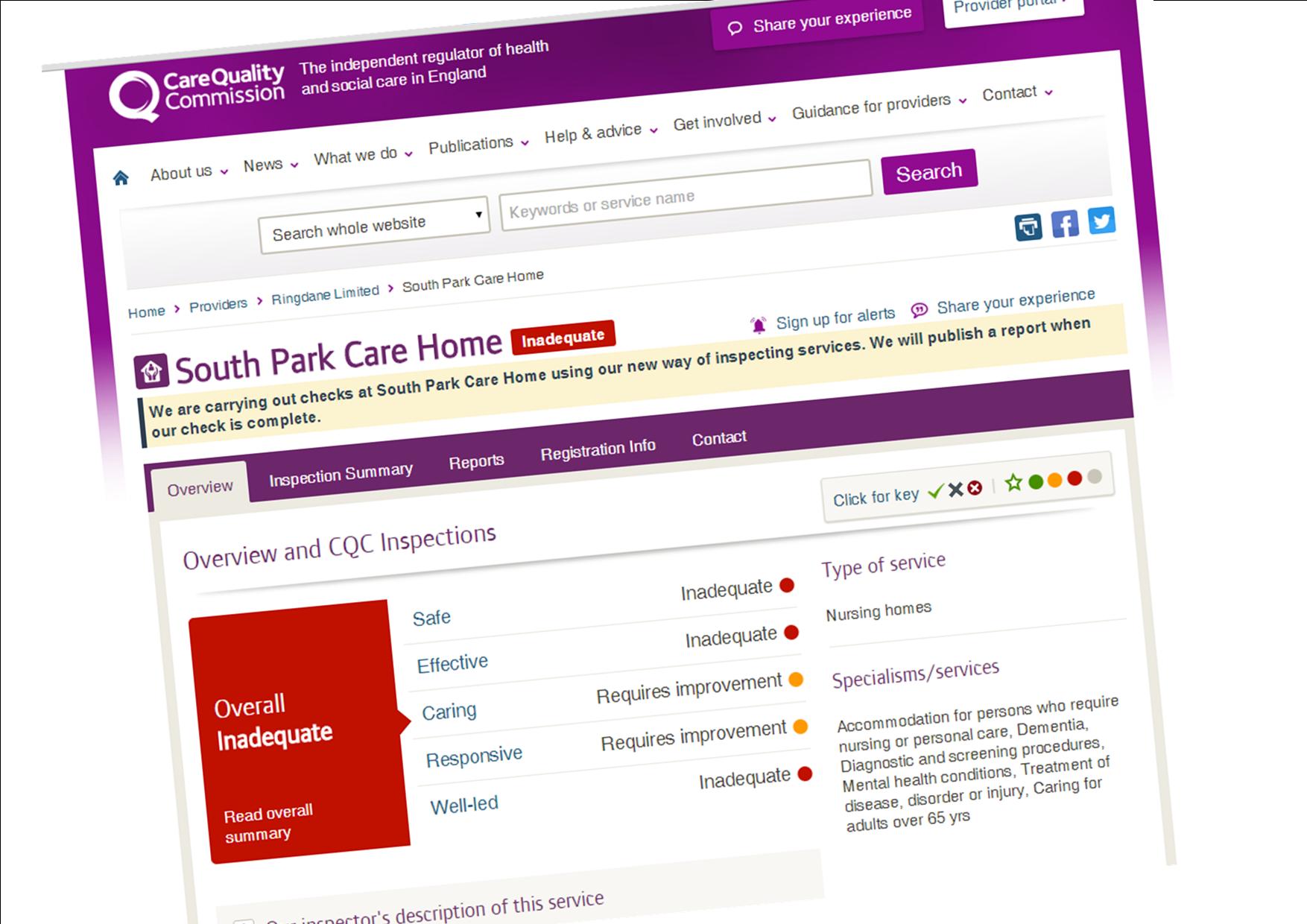 An inspection of the South Park care home took place in August.  It was the first since concerns were raised following an inspection in 2014. Then several breaches of regulations had been found. By August these had mostly been addressed but 6 more issues were discovered.

The care home has had a chequered history

The report can be read here

The report says, “The service was not safe. There were insufficient numbers of suitably qualified, skilled and experienced persons employed in the service to meet people’s needs. The registered provider had employed a number of agency staff to fill the staff vacancies, but people who used the service said they did not feel safe when these workers were on duty and we observed some unsafe care practices during our inspection”

It goes on to say, “.We found problems with the cleanliness and hygiene within the service. In particular there was a significant and unpleasant odour in three bedrooms, two sluices and a number of bathing facilities on both units”

The full report ca be downloaded from here .

Another home, Haisthorpe House on Holgate Road, was also rated as inadequate by Inspectors

The Care quality Commission has published a worrying report on conditions at a local care home.

We had previously received concerns about the home with regard to staffing levels and the administration of medication. We followed those concerns up as part of our inspection. The home had a high level of staff vacancies this meant that approximately 60% of the current staff were provided by an agency or the providers own staff were completing overtime. We found that this had a major impact on the consistency and quality of care and support people received.

People told us that care was improving and some of the staff were excellent. Others expressed concern and did not feel confident that the care they were receiving was good enough. We saw staff responding to people in a kind and patient manner but we also saw some circumstances which demonstrated a lack of respect for people’s privacy and dignity. Some people had consented to their care and treatment.

However, on Ebor unit, we saw few attempts to offer people choice about the care and support they experienced. Some people were not given a choice of meal and were not supported with dignity. Recording and administering of medication were unsafe which meant people were at risk of not receiving their medication as prescribed.

Information contained in people’s care records was inconsistent; which increased the risk for people not receiving care according to their needs and wishes. Poor auditing and record keeping meant that people’s health and safety was being placed at unnecessary risk of harm.