The Make it York organisation, which is partly funded by York taxpayers, is reporting that it has made a £140,714 profit so far this year.  That is £71,900 above budget expectations

They currently have a balance sheet surplus of £330,000

The organisation reports that it had a successful Christmas and claims “continuing strong performance from Shambles Market, City Centre Activities and Visit York Membership”

No detail is provided on the Shambles market performance.

The brief report to a “shareholder “ meeting also says that the “York Pass” initiative has been less successful than hoped.

Looking to the future the report says, “MIY currently runs or facilitates a range of events which animate the public realm and make the city vibrant and interesting for visitors and residents. There is scope though to use the “stage” provided to do, and to facilitate, a great deal more, the ultimate objective being to ensure a daily “wow” factor” 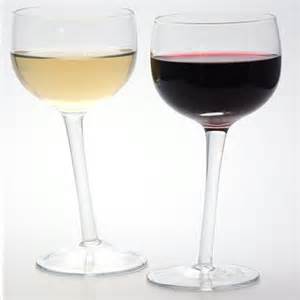 The York Quango “Make it York” has applied for a licence to serve alcohol in The Shambles market 7 days a week.

The operating hours would be between 9:00am and 10:00pm (except on Sundays when alcohol would be available from 12:00 noon)

The application seems to be a reaction to plans from the new shipping container village just down the road in Piccadilly. There several bar and restaurants will serve alcohol.

Both sites will, in effect, be competing for the same businesses and customers.

Normally the introduction of more alcohol onto the streets of central York would be rejected as it conflicts with the special licensing conditions which apply in the neighbourhood.

In essence, these say that any additional license application will be refused if there are objections. 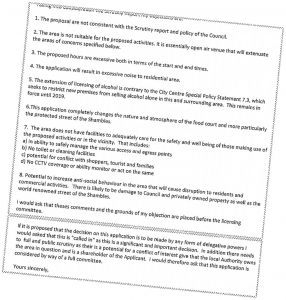 In the case of the Shambles there have been several including one, from a former Labour City Councillor (David Scott), who points out the potential conflict of interest for the Council which both owns the market while having a dominant shareholding in “Make it York”

We think the objectors have a point.

York is not short of places where people can enjoy a drink at virtually any hour of the day.

The market does not need the rowdiness which so often accompanies outdoor drinking.

Granting the license would be just another lurch down the slippery path to establishing York as the “Party City” destination of choice for the dissolute.

The York Council is seeking to ban market traders from Parliament Street.

Parliament Street was the traditional home of the York market for many years before  it was moved into Newgate. It was refurbished and relaunched as the Shambles market last year.

Speciality farmers and continental markets continued to be held on Parliament Street and were generally a welcome addition to the street scene.

Now they are to be shunted into a limited space within the Shambles market.

A report to a council committee taking place on Tuesday says

“The proposals include the refurbished marketplace being the focal point for markets and the sole city centre location where markets will be held – with the exception of St Nicholas Fair – and will accommodate all themed markets.

They also address the need to provide a diverse range of goods while welcoming casual traders, service standards and positively promoting the market.

To support traders in their planning and marketing, the report proposes that from 1 September 2015, traders will have the choice of taking either a four-week or a six-month licence which will be granted for specified days and commodities”.

We have previously recorded that we think the Council missed an opportunity when it invested over £1.6 million in the market refurbishment. There was a chance to reinvigorate Parliament Street while moving -and enlarging – the cycle park  which could have occupied part of the Newgate site.

Other areas – such as Duncombe Place and Acomb Front Street – could have been the new home for special events and markets.

Now that opportunity seems to have been lost for ever.