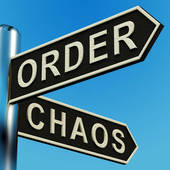 The York Council has tonight passed the budget recommended by the Councils Executive. Essentially this was a joint proposal by the LibDem/Tory coalition. It means a 3.5% Council Tax increase.

The final proposal was passed by 25 votes to 18.

Amendments from the Labour and Green groups, which would  seen significantly higher tax increases, were heavily defeated.

The meeting had earlier seen the resignations of two Tory Councillors (Carr and Mercer) meaning that the Council is now comprised of 15 Labour, 12 LibDem, 12 Tory, 4 Green and 4 Independent members.

The Council will meet again in a weeks time to try to resolve the crisis.

NB. The largest group (Labour) failed to make a nomination for the post of Leader.