Bus passengers in York are calling on the Council to review its bus shelter policies for suburban areas.

A lot of money has been spent on the bus stops on the York City centre in recent years. Hundreds of thousands more will be spent as the area outside the station is remodelled.

but there has been little progress made in providing “next bus due” real time information on most of the network. Even busy routes with inter -urban services like Tadcaster Road lack passenger information (and shelter)

Mobile device systems have been developed but they are not user friendly and often revert to providing just when the timetabled service should arrive.

Some bus shelters are redundant following changes to bus routes which took place several years ago. The shelter below on Tudor Road is an example. The local number 4 service only serves the opposite side of the road on its clockwise route round Acomb. Now all the shelter does is attract anti social behaviour

As a consequence there is a large amount of litter on the near by verge while ponding on the adjacent footpath has never been properly addressed.

It is an issue that the various public transport pressure groups in the City have failed to get to grips with.

Nearly 16.9 million bus journeys were made in the York area in the year to March 2016, per figures released this month by the Department for Transport.

Bus use in York compared to rest of country

The statistics, which are collected for every local transport authority in England, show that the number of bus users in York increased by 700,000 in the same time period, an increase of 4.4 per cent.  This is the third consecutive year of increase for York, with passenger journeys increasing by 1.6 million, or nearly 11 per cent, since 2012/13.

The figures show that York has defied the regional and national trend of decreasing passenger numbers. Nationally the number of bus passenger journeys fell by 2.6 per cent last year and 2.9 per cent in the Yorkshire and the Humber region. York was the only Yorkshire authority to see an increase in passenger numbers.

However, the figures also reveal that the number of bus journeys made per head of population still haven’t recovered to the level seen in 2009.

Much of the increase over the last couple of years can be traced to the opening of a new park and ride site (Poppleton) and a greatly expanded and modernised site at Askham Bar.

Interestingly the number of journeys made by those using elderly or disabled persons (free) passes has now stabilised at 5 million a year following several years of decline.

Around 30% of local bus journeys are made by people using passes.

Passengers must wait a few more months to find out how reliable services have been. Frequent services – the majority in York – showed a decline in reliability when last year’s figures were published.

The York Council and bus companies refuse to publish the reliability statistics that they collect from journey management computer systems.

Bus usage figures in the rest of North Yorkshire are declining at an alarming rate.

Bus use in York and North Yorkshire compared 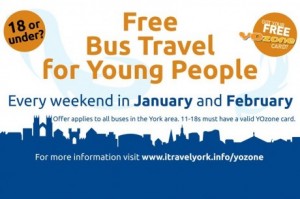 The Councils offer to provide free bus travel at weekends during January and February appears to have flopped.

During the first weekend in January, fewer than half the number of young passengers travelled by bus than had done so on the equivalent weekend in 2015!

The floods were blamed for a downturn in bus travel generally.

However, the following two weekends were also a disappointment for those who thought that cost was discouraging bus travel.

Figures revealed that a similar number of young people travelled by bus as had done so in January 2015.

A meeting on 11th February is being recommended to terminate the trial at the end of February. It is likely that a survey of young people will be undertaken to try to better understand their transport needs.

The media is reporting that First buses do not intend to reduce fares to reflect the 20% reduction seen in diesel costs. 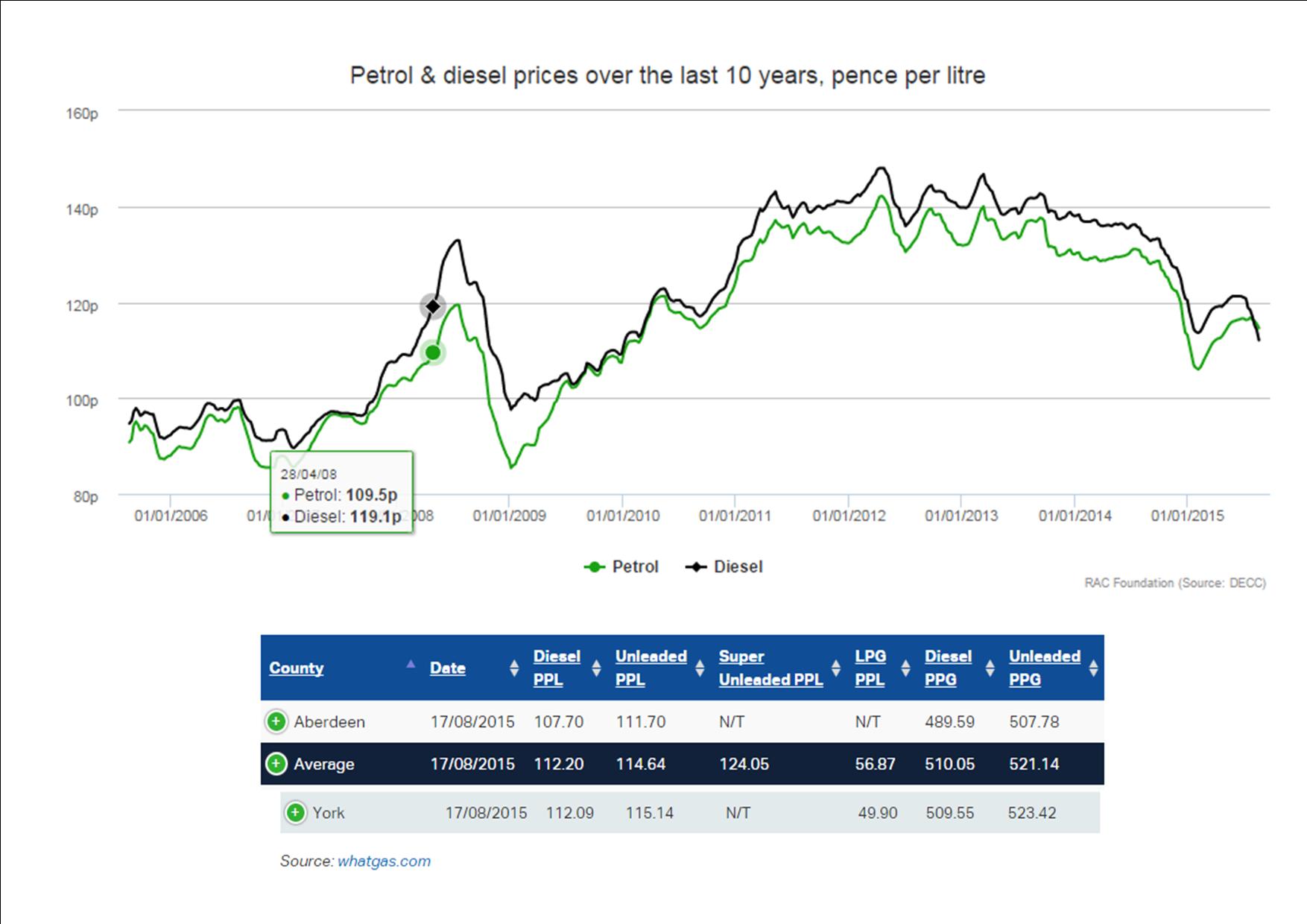 Pump prices have fallen from a high of 150 pence per litre to just 112 ppl in York this week. The downward trend in diesel prices has been significant and sustained since First last increased their prices.

In some cases such as  season tickets prices will actually increase.

The decision mirrors that of the taxi trade which declined to pass on the benefits of lower fuel prices to customers earlier in the year.

Yesterday the government announced that regulated rail fares would increase by 1% in January. A study has suggested that regulated fare prices jumped 25% between 2010 and 2015, while average pay rose 9% over the same period.

Bus users will be able to ‘catch the bus’ from this week using a new-look bus timetable, as part of a city wide makeover to improve bus services and waiting facilities in and around York.

New-look timetables will be installed at all stops throughout the city during this week’s Catch the Bus Week (28 April – 4 May) a national campaign lead by Green Journeys.

Following a successful two-month trial along the Hull Road to Dunnington route (number 10 service) last year the new timetables provide a much more accessible format for bus users, compared to the existing timetables which are currently provided by both the council and individual operators in a variety of different designs, shapes and sizes.

The roll out is funded through part of the £3.5 million government Better Bus Area Fund awarded by the coalition government to York  in 2012.

END_OF_DOCUMENT_TOKEN_TO_BE_REPLACED 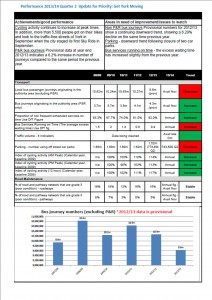