Initially we thought this was a joke but apparently not.

The York Council is now seeking volunteer “Leaf Wardens”. Their job will be to sweep up fallen leaves from (Council owned) public places including highways.

Now we know that many residents do try to keep the area outside their homes clean and tidy. Many will pick up litter, remove weeds and even mow verges.

Some may sweep up fallen leaves while others may clear snow.

The motivation for most volunteers is to improve the appearance of their neighbourhood over and above what is possible using the resources available to the local authority.

But it is what the label suggests – a voluntary action prompted by community pride.

In our view, the Council is now trying too hard to institutionalise and exploit that goodwill

So we now have “snow wardens”, “flood wardens” and “litter pickers” all kitted out by the Council.

The collapse of the weed killing programme this summer, footpaths blocked by overgrown trees/ hedges and, most recently, a sharp decline in the reliability of the bin emptying service should have acted as a “wake up” call to the Councils leadership.

What residents first want to see – before they are asked to do a second job as well as their day job – is the Council delivering good quality public services at street level on a consistent basis.

No one expects leaves to be swept up immediately the first bad weather of autumn arrives. But they do expect to be told what the Council will do, when and to what standard.

The council should publish revised “customer contracts” or “Service Level Agreements” and report back regularly on improvement plans.

They should then consult Parish Councils, Councillors and residents associations before they offer any patronising training on how to sweep up leaves. 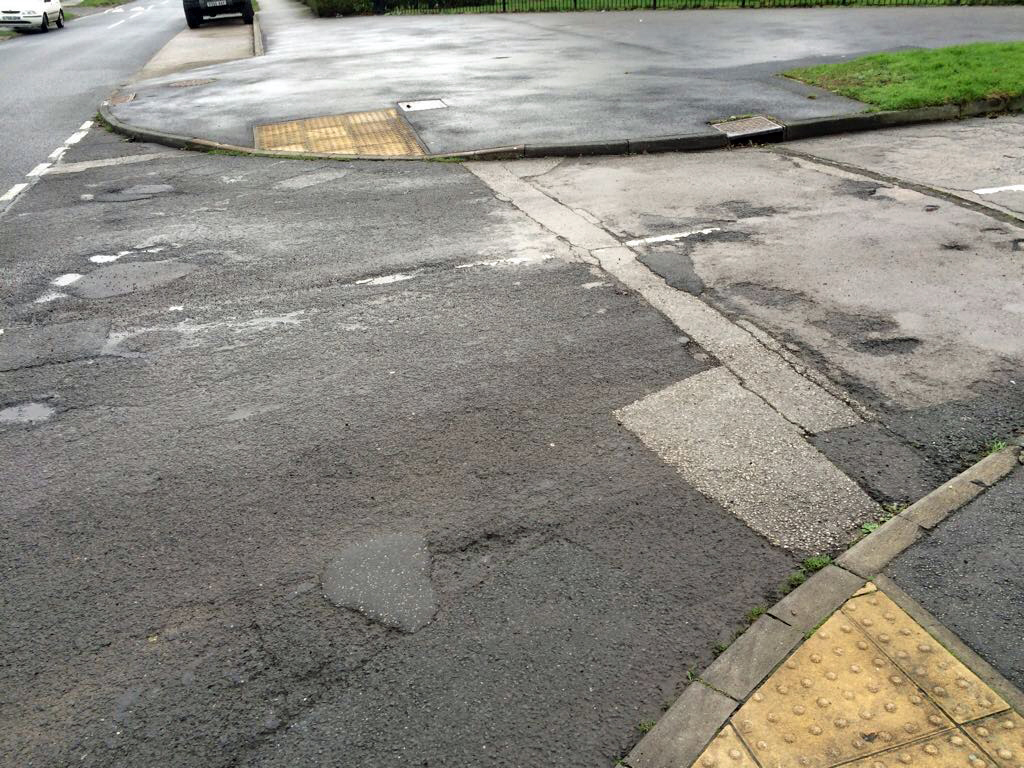 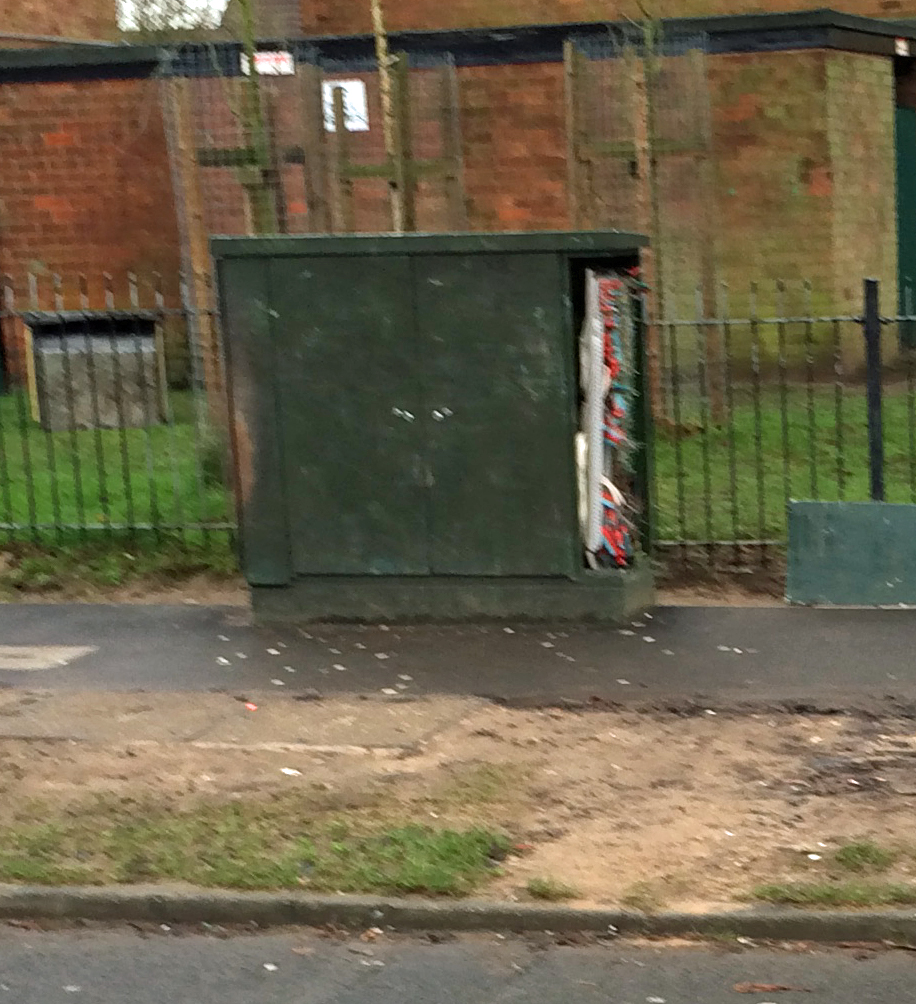 Damage to a telecoms cabinet on Bramham Road 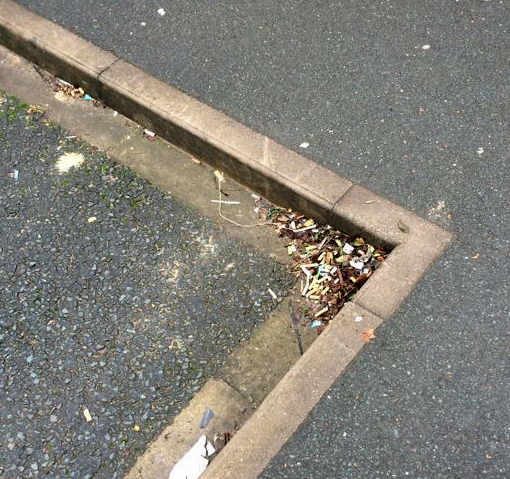 “Fags ends” accumulating outside the shops on Bramham Road 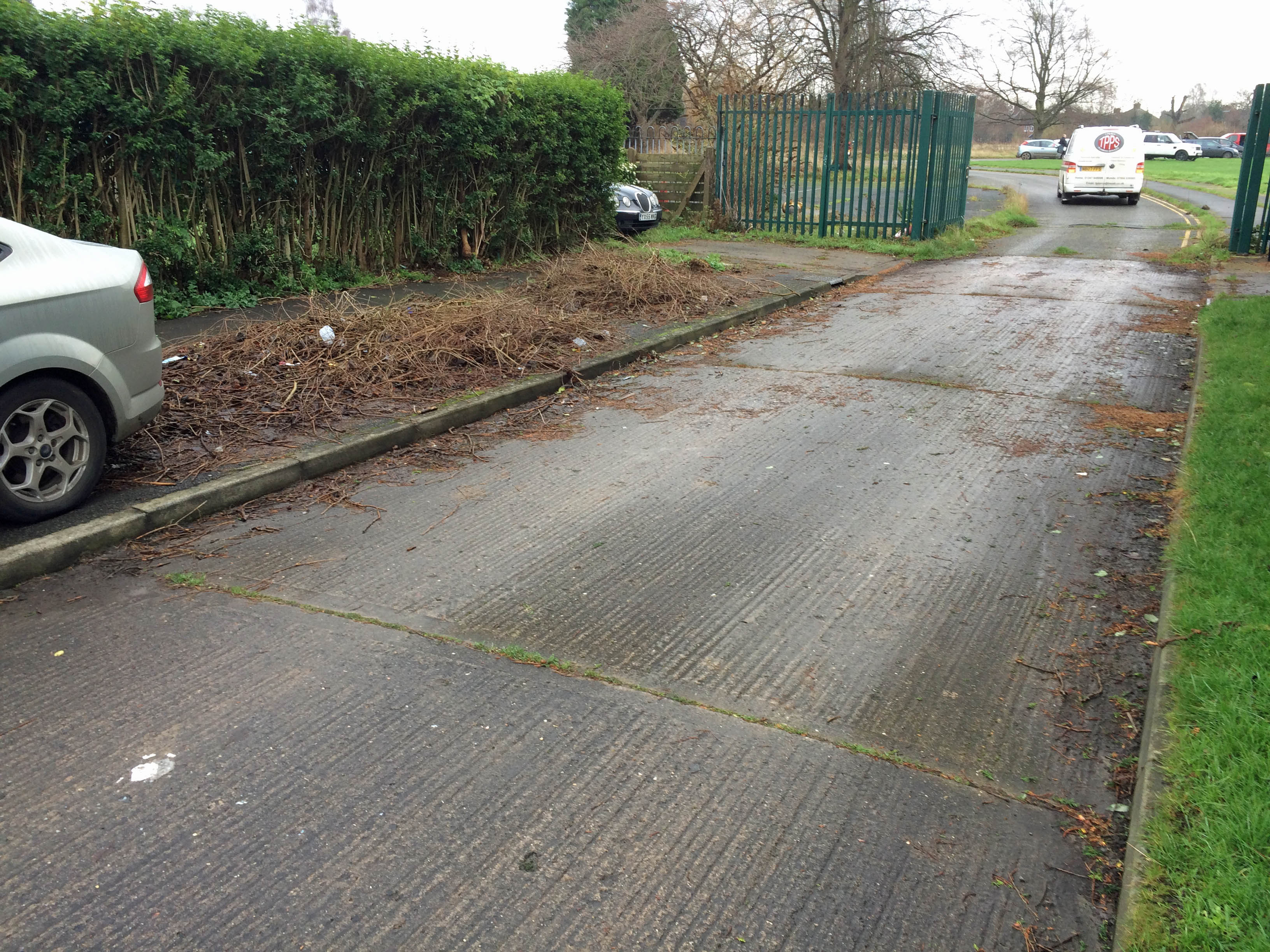 …….and detritus at the former entrance to Lowfields School on Dijon Avenue. Reported 2 months ago but no action by the Council yet

Garage areas still a problem. Now we have dumping in the Kingsway West area. 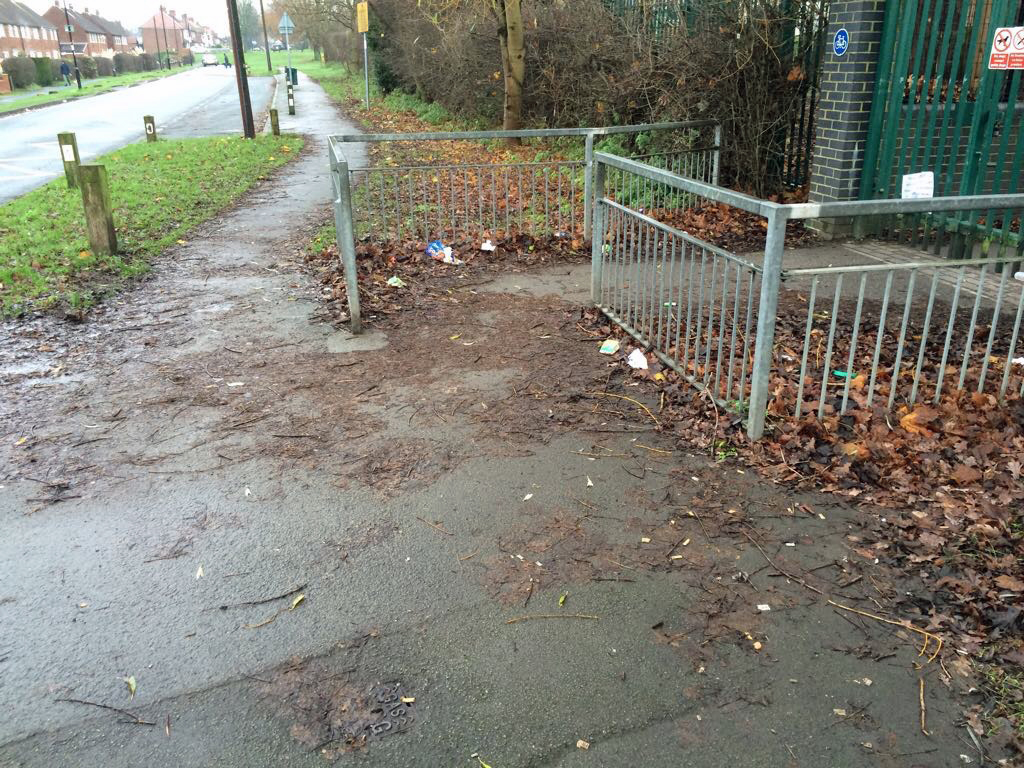 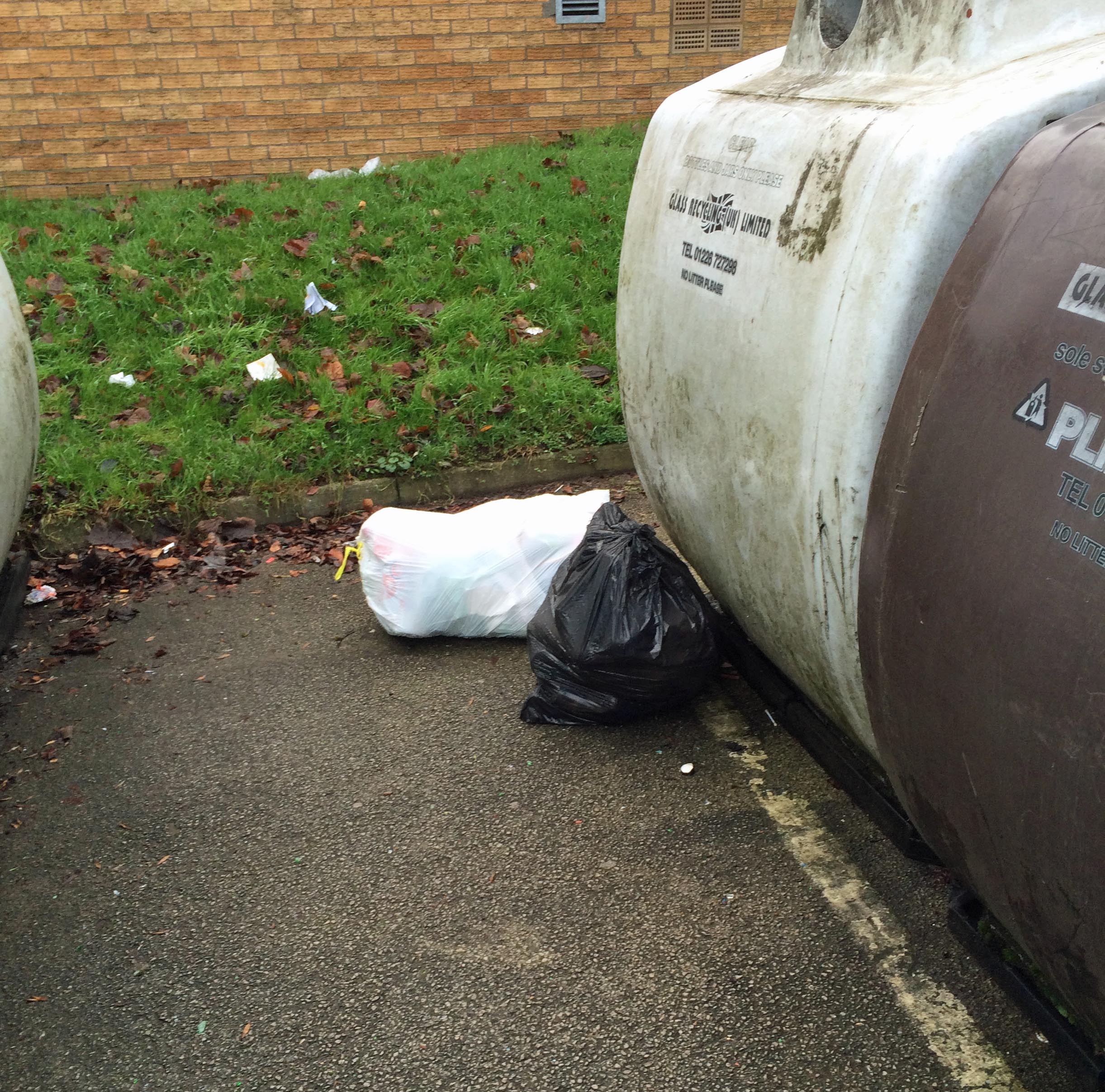 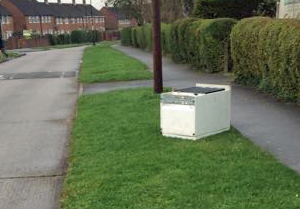 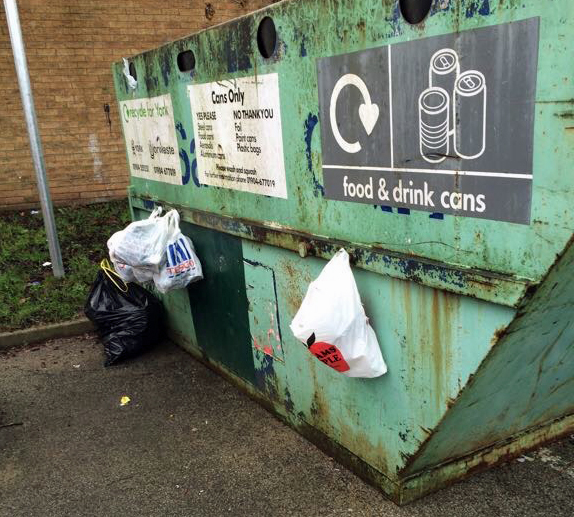 Can banks on Acomb Car Park full. Cans being hung on skip 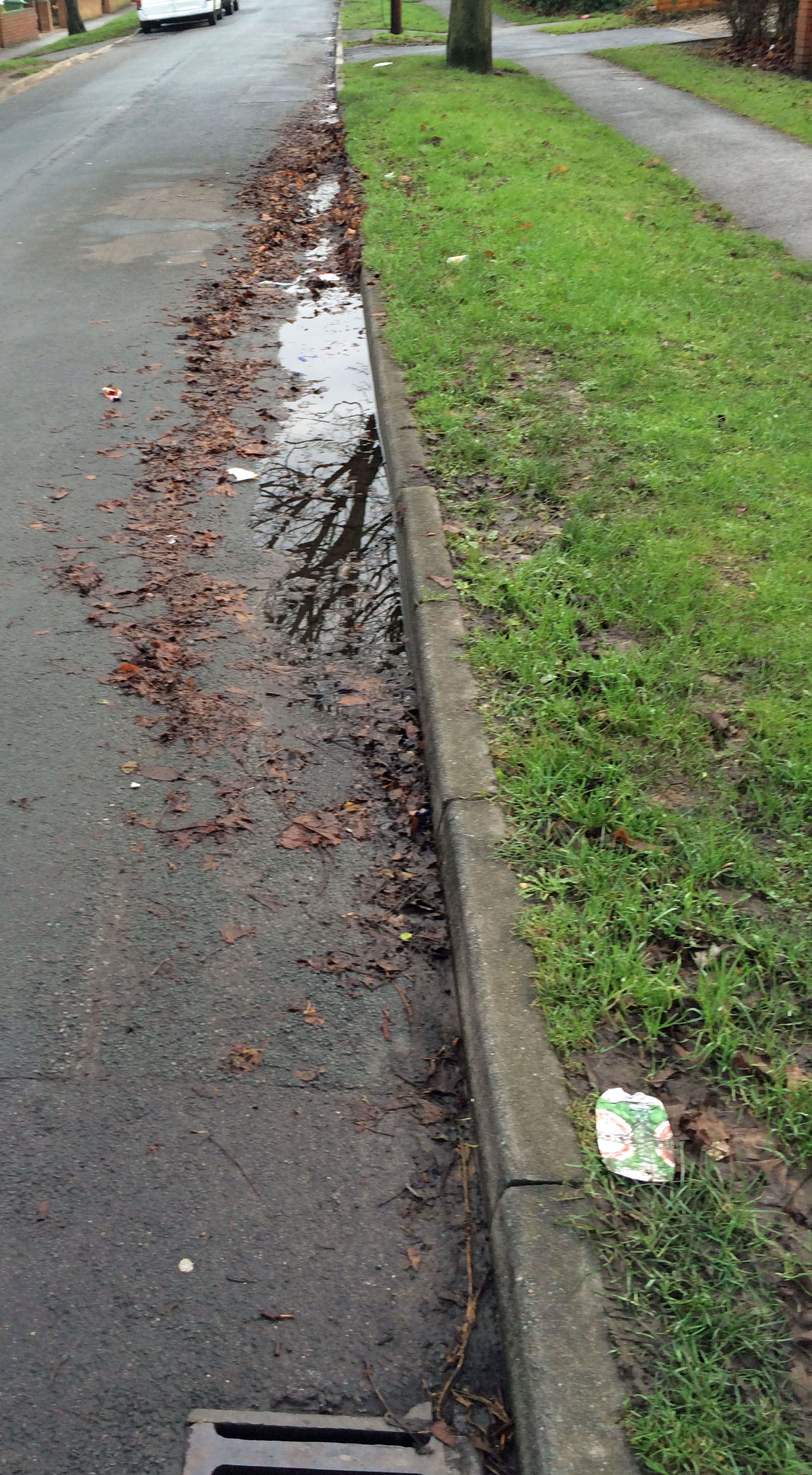 Leaf detritus on little Green Lane in Acomb – was reported 3 weeks ago!! 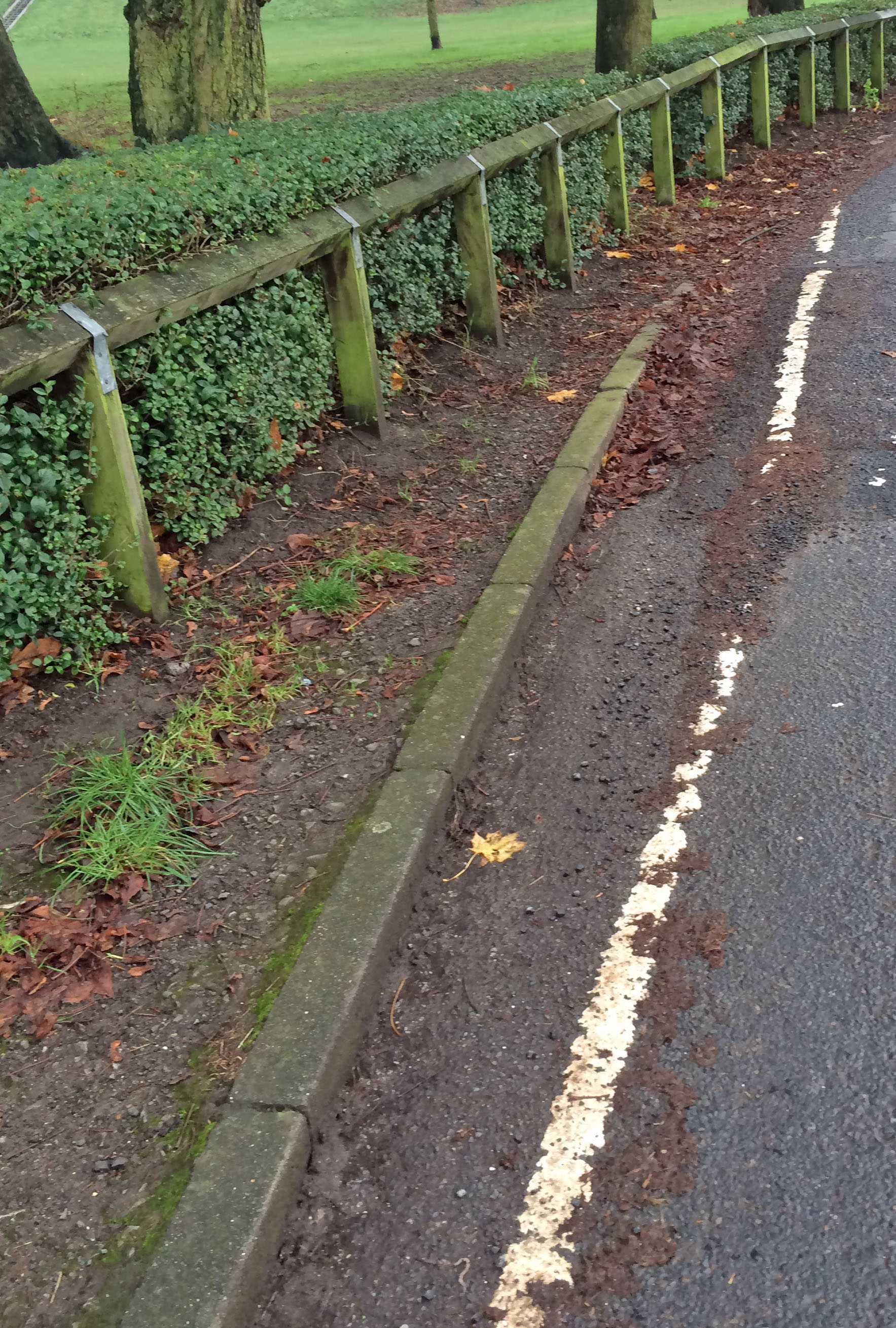 All these issues have been reported for action using https://www.fixmystreet.com/

A response to a recent Freedom of information inquiry suggests that in many cases they don’t. 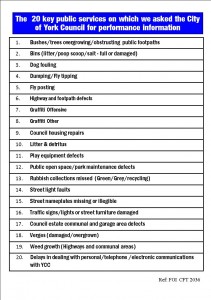 We asked for performance information on 20 key Council service areas (see left).  They are the kind of services that every resident is likely to use – or see – each year.

Performance information had been gathered routinely, and reported publicly, up to 2011. However, over recent years, the York Council has seemed to be increasingly reluctant to provide  information about basic service standards.

The Council said that it didn’t measure how many issues it received – or how it responded – for five public service areas. They were:

That shocked us – not least because some involve safety issues.

We asked for information on the:

A Number of issues reported

D  % of issues resolved within the target time

F  % quality checks which were considered to be satisfactory

The Council was able to provide volume information, on the number of issues that had been reported, for most of the activity areas.

Areas where the number of problem reports were increasing included

The number of reports in other activity areas was fairly stable over an 18 month period.

Looking at how quickly issues were resolved,  the only target times regularly achieved were for  clearing full litter bins “within 3 working days” (a fairly generous target) and removing “obscene” graffiti  within 1 working day.

If you telephoned the Council offices in August you had a 75% chance of your call being answered in 20 seconds.

A visitor would have waited, on average, 8 minutes to be seen.

However residents emailing the Council and expecting a response within one working day, would be disappointed. The Council has stopped recording the length of time taken to deal with electronic communications.

So what’s the longest wait that I can expect?

Well the Council doesn’t measure the longest outstanding issue. So no one knows.

But there must be some quality checks?

Some issues like weed growth never seem to be resolved

Well actually no.  The Council says that it doesn’t record the results of quality checks undertaken by inspectors nor does it undertake any customer satisfaction surveys with complainants.

Maybe the issue hasn’t even been resolved? Just ticked off on the work management computer?

So perhaps everyone shares the responsibility?

Will they put things right?

Maybe. The, still relatively new, Council deserves some time to put things right. But they need some quick wins to restore public confidence.

They could start by putting these, and other, basic KPIs on their “open data” web site and updating them each month.

The sooner that a new Chief Executive is appointed by the Council – and its management vacancies filled – the sooner we can expect to see an improvement in service  standards.

The full set of results, covering the last 18 months, can be downloaded by clicking here or here (Sendspace Excel spreadsheet)

Our thanks to the FOI team at the Council who clearly tried very hard  to provide the information that we had requested. 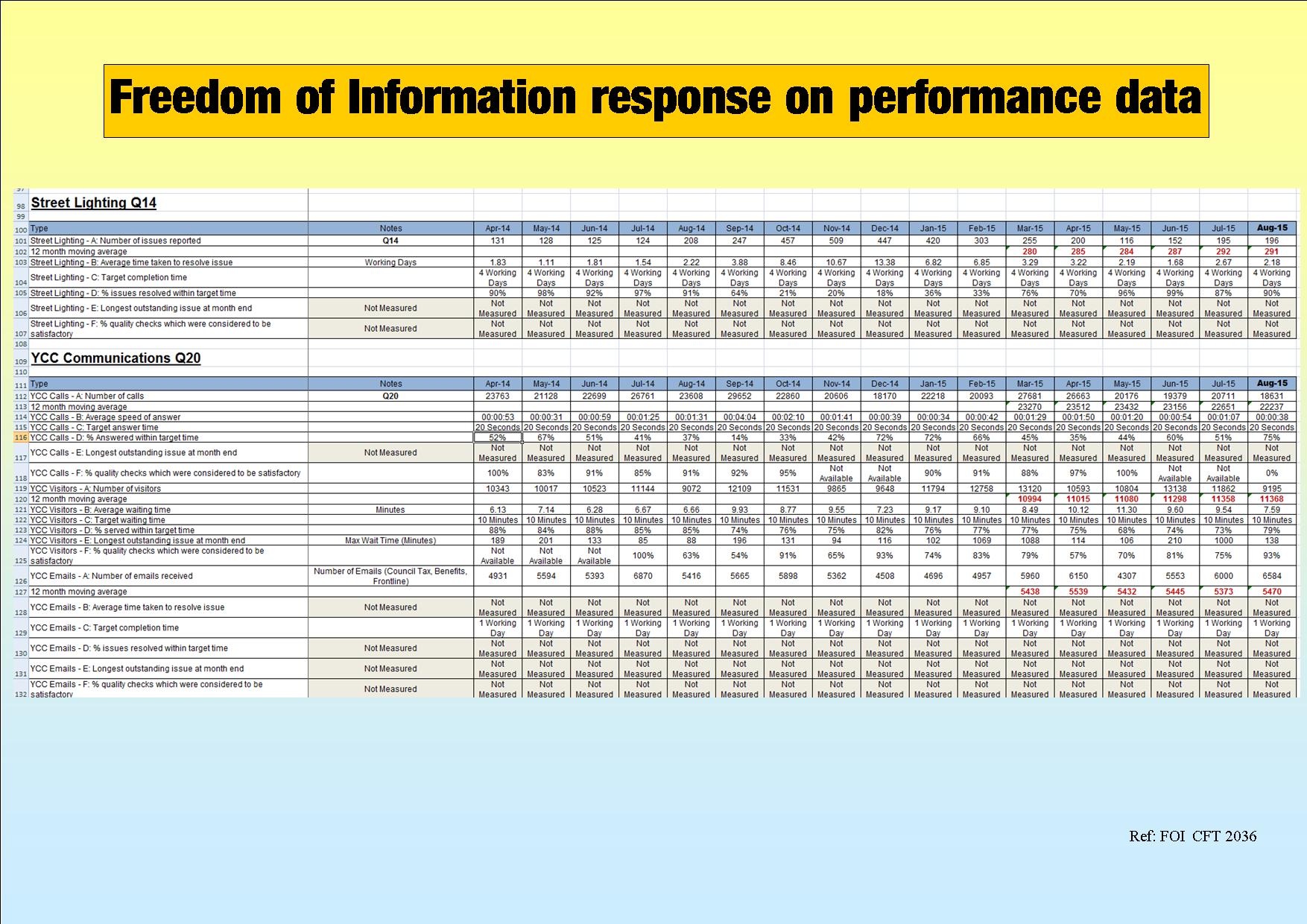 The new Council Leader will face some difficult decision on priorities.

With the new Labour Leader promised to refund £1.3 million to Lendal Bridge motorists and also to freeze Council Tax levels (at a cost of £2.1 million?) many will wonder whether a further decline in street service standards may be in prospect?

Standards have dropped off since 2011, nowhere more so than in Cllr Williams own Westfield ward. We give some examples here.

Individually they cost little to remedy.  They do however require a new, more proactive, approach to maintenance.

We have, of course, reported these issues for attention 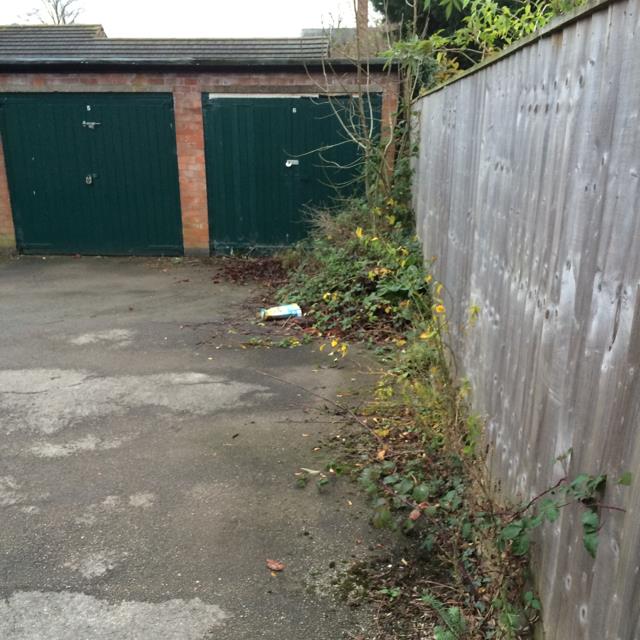 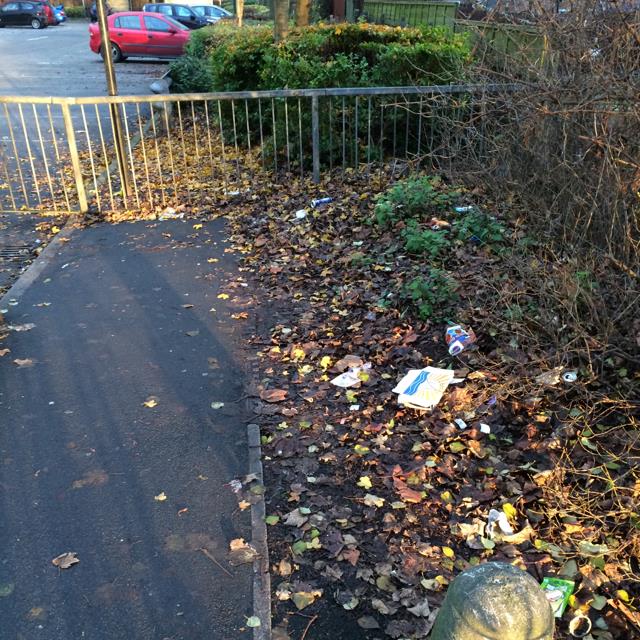 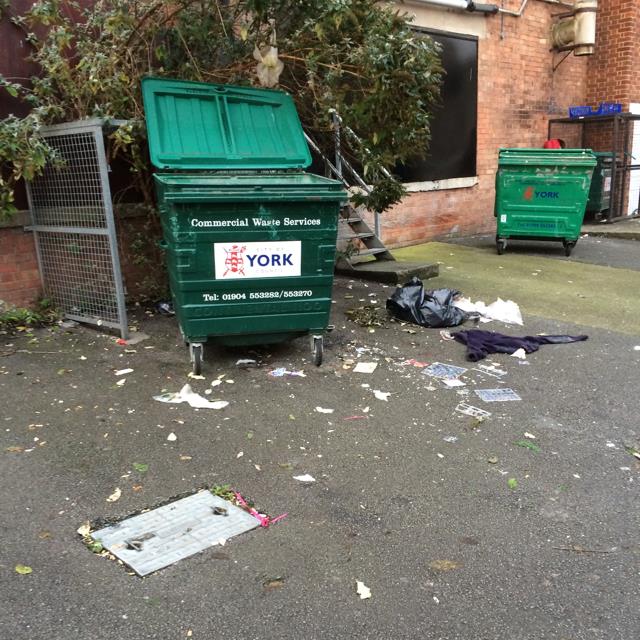 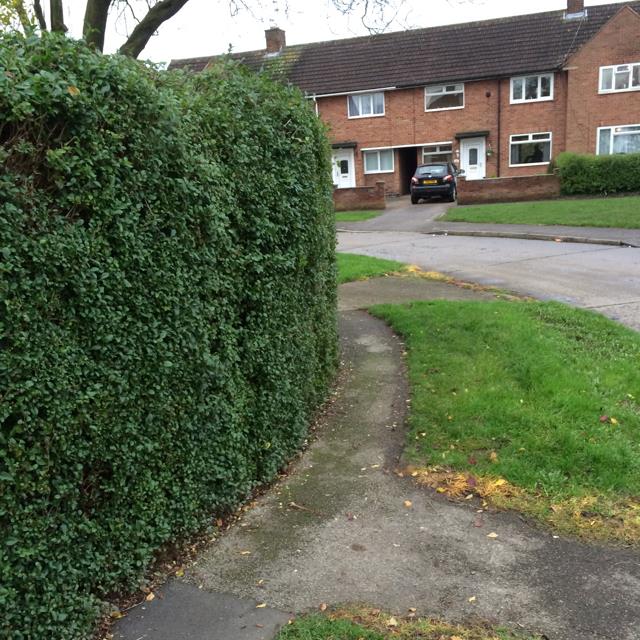 Hedges overgrown and verges not edged 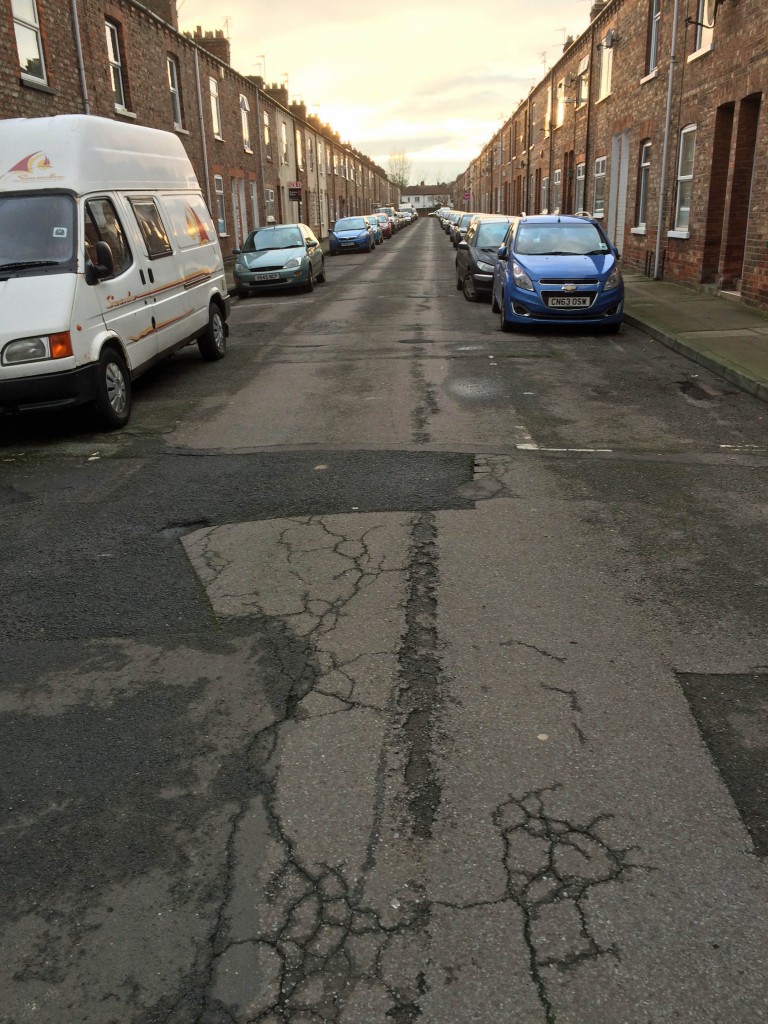 More and more residents are following our advice that they should be intolerant of poor public service standards.

Here are some of the issues reported over the weekend. 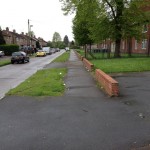 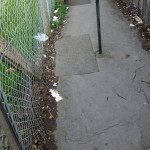 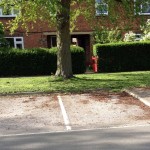 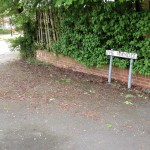 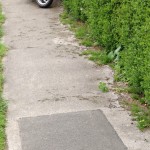 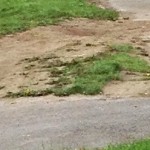 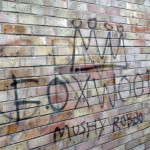 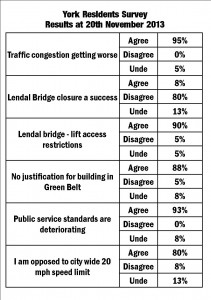