We reported last week that plans to provide a new elderly persons home on the Oakhaven site in Acomb (Holgate) had run into severe difficulties.

Now a Council report has revealed that the replacement facility will not open until the autumn of 2020.

That would be nearly three years after the original target date. The report offers no explanation for the delay.

Other schemes like the upgrade to Lincoln court have overtaken the Oakhaven project.

Elderly residents were decanted out of the building in 2016.

So far no planning application for the Oakhaven site has been submitted. One is not now expected until the summer.

In 2015 we said that the Council’s poor project management record could result in delays to the project.

However, no one forecast that they would be this bad. 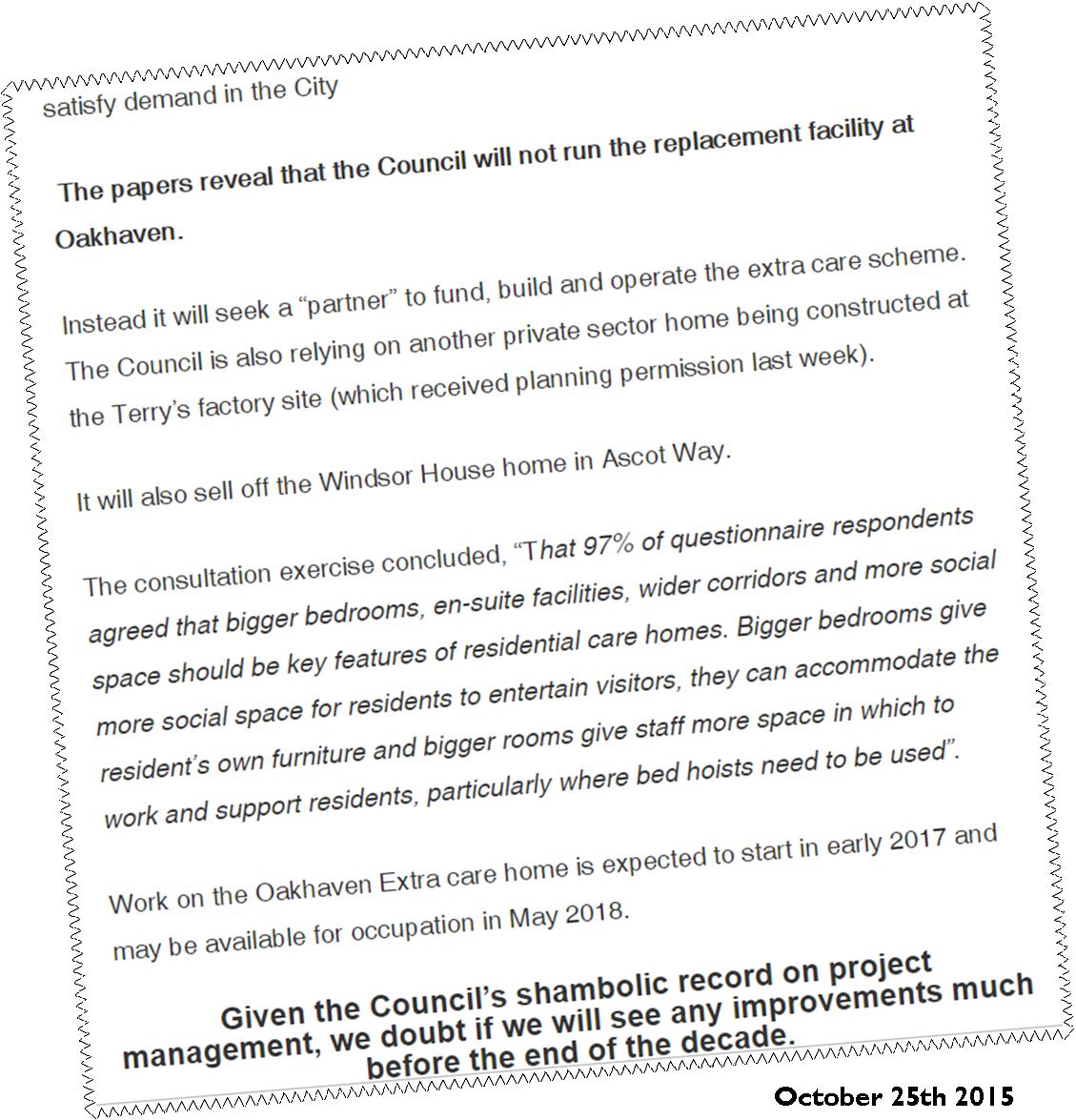