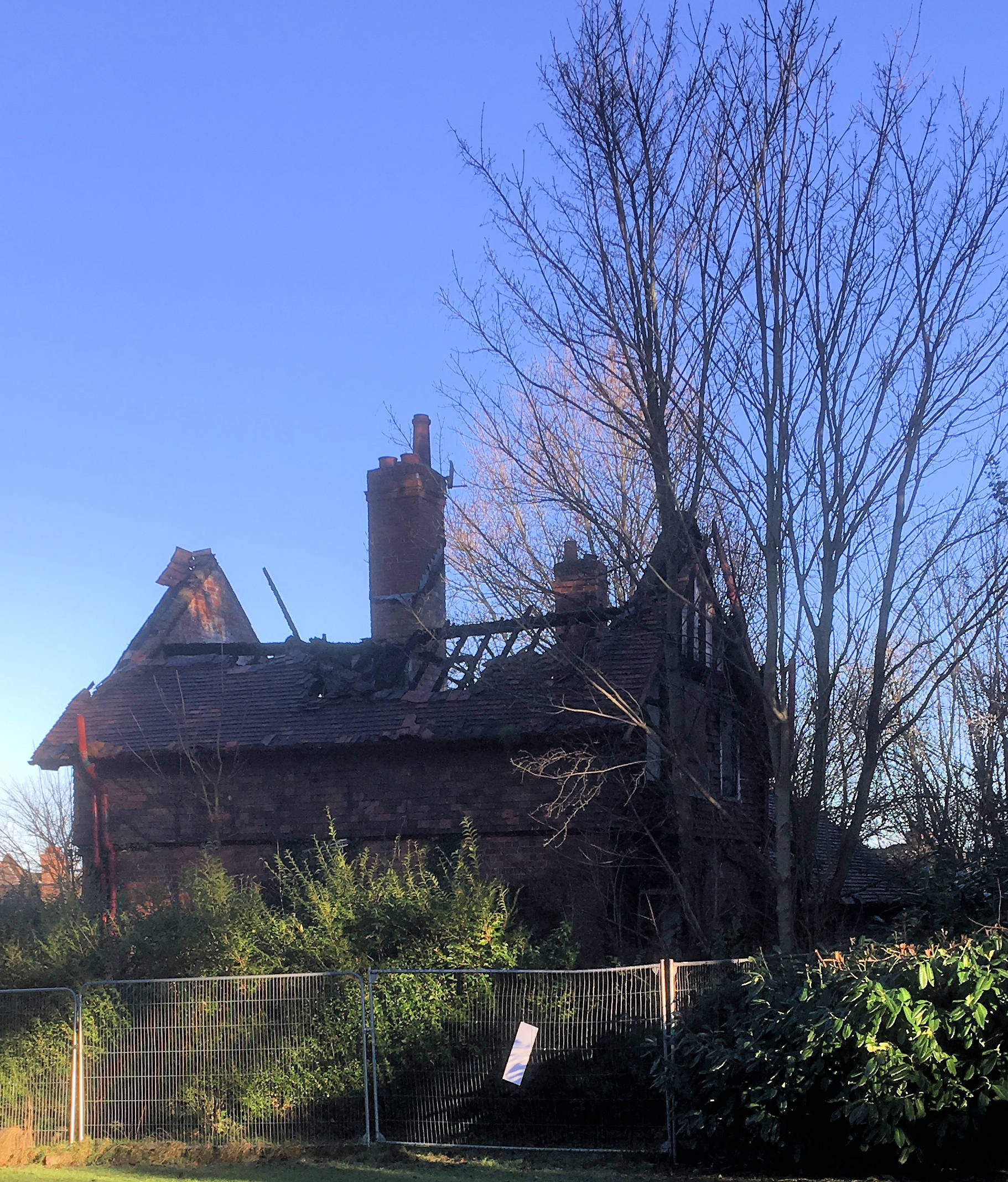 Its taken a  long time, but the Council has now agreed to step in and make the West Bank Park Lodge (14 New Lane) safe.

The lodge was damaged in an arson attack in 2016.

The derelict building has stood as an unwelcome monument to disorder since then.

“the West Bank Park Heritage Group have had a keen interest in the building as a possible local heritage centre celebrating the origins and history of the park. The building is currently in an unsafe condition and therefore needs partial demolition to make it safe.
To assist this project access has been requested for specialist surveyors to record the layout and condition of the building. This can be facilitated as part of the making safe process”

As part of the demolition process any reclaimable building materials identified as having architectural heritage value will be taken into safe storage for possible reuse in any future rebuild in the park.

The Council has agreed that a further decision on the future of the bsite will be taken upon completion of making the building safe.