A contract has been awarded to Hardwicks to demolish the old Manor school buildings on Low Poppleton Lane.

The work is expected to be completed by April.

Planning committee Councillors voted last night to approve a proposal to demolish the Carlton Tavern and replace it with an elderly care facility.  Ironically the decision was taken on the casting vote of a Chairman who would not have been in that position had he not been arbitrarily removed from his Executive post in September by the Council Leader.  With a different Chair, the decision might have gone the other way, although the applicants would no doubt feel that they would have had a good chance of winning the inevitable subsequent appeal. 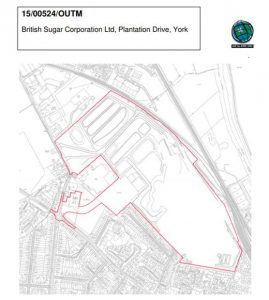 Next up, in an important series of planning decisions pending on the Acomb side of the City, is consideration of plans for the Sugar Works and former Manor school site on Boroughbridge Road.

The Council has dithered for over 3 years in getting this, apparently ideal, brown field housing site off the drawing board. The owners finally lost patience and have appealed to the Secretary of State to intervene on grounds of “non-determination” by the York Council. The planning application was first submitted in 2014.

Consultation had started in 2013

Bizarrely the Planning committee must now formally say whether they would have approved the application had it been presented to them.

They are being asked to consider “the development of the site comprising up to 1,100 residential units, community uses (D1/D2) and new public open space with details of access (to include new access points at Millfield Lane and Boroughbridge Road and a new link road, crossing the Former Manor School Site) and demolition of the Former Manor School buildings”

Officials are recommending that the proposal be opposed.

They list many deficiencies in the plan while acknowledging that the site was slated for housing development in the Draft Local Plan tabled in 2011 (by the then LibDem led Council), by the Labour Council in their 2014 Draft Local Plan and again by the new Coalition administration last year.

The main reasons for refusing the application are listed as:

There has been a lot of talk recently about allocating the former Manor School playing field as a public park. In 2012 the then Labour controlled Council identified the need for a more central area of public open space as part of a “community hub” on the site.

Over 9 ha is identified in the current proposals for this purpose (In addition an “off site” new cricket pitch will be provided).

In 2013 the Council sold the former Manor School site, including the playing fields, to ABF – the current planning applicants. The sale was not conditional.

At the very least, the planning meeting should determine whether centralised or peripheral open space is the desired way forward for this development.

NB Proposals to develop the Lowfields playing fields will go before the Planning committee in January.

Applications are also expected soon for the former Oakhaven elderly persons home site on Acomb Road, the adjacent police buildings and for the redevelopment of Windsor House in Ascot Way

York’s planning committee is being recommended to approve an application to demolish the old Manor School buildings on Low Poppleton Lane. 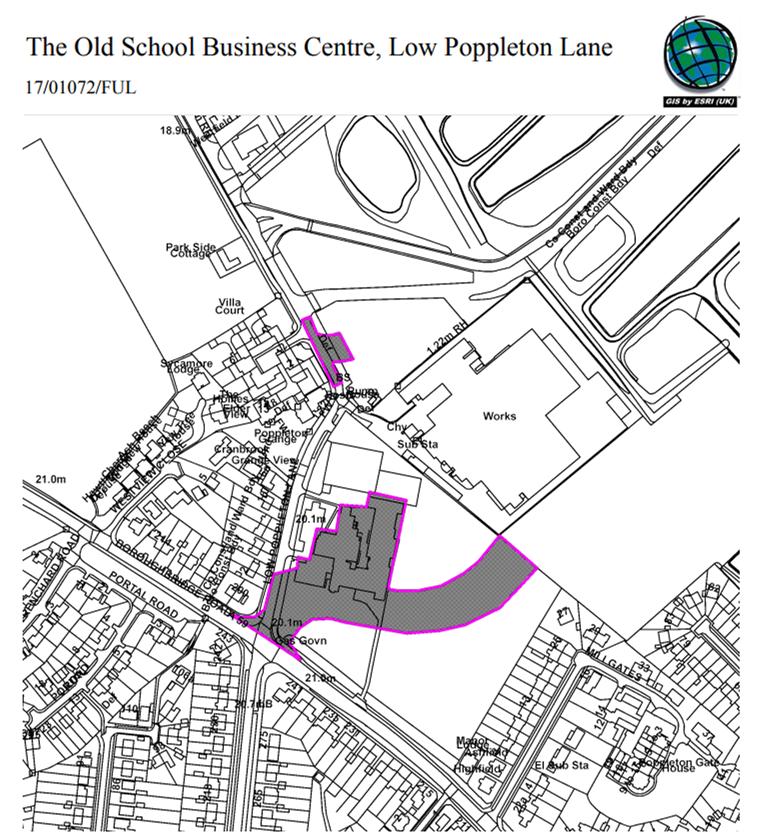 The planning application, which will be discussed at a meeting taking place on 17th August, also contains details of major changes to road junction arrangements in the area.

The changes are necessary to allow new access roads, to the former British Sugar site, to be constructed.

In turn, this will facilitate the erection of new housing in the area.

There have been relatively few objections to the plan although the Council is being recommended to provide mitigation measures to protect the well-being of the bats that live in the school building. 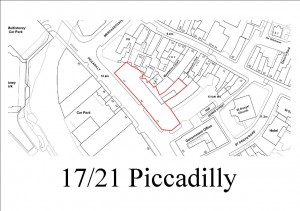