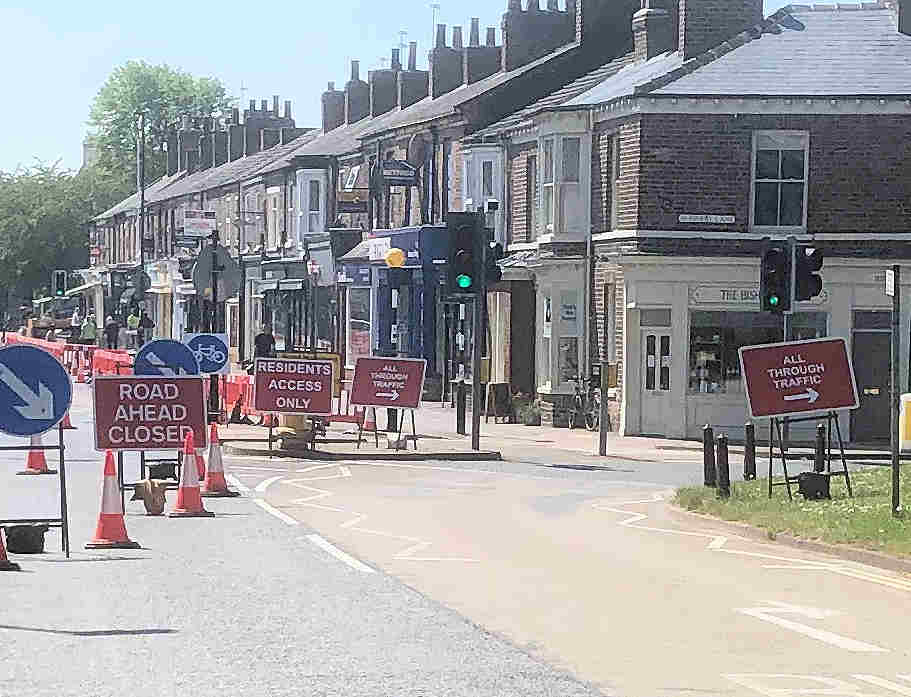 The Council has belatedly published the background to its decision to  introduce a contraflow cycle route at the Bishopthorpe Road shops.

The scheme – which diverts southbound traffic onto Nunnery Lane and Blossom Street – has been criticised for increasing safety risks for cyclists. Critics also say there has been an unnecessary increase in congestion and emission levels while road works are taking place near the Holgate Road junction.

A, very thin, background report was apparently considered by the acting Chief Executive Ian Floyd on 5th May. Details have only just emerged. There was no opportunity given for public consultation on the draft proposals.

It is claimed that the change was prompted by queuing issues for pedestrians on the butchers side of the road. The Council claims that some traders were restricting the public footpath width by displaying goods outside their shops.

The report sounded the following warning, “It should be noted that where highway space is limited the provision of more space for pedestrians will reduce the space available for other modes including cyclists and/or may complicate the layout of highways – making it harder for deliveries or road users to understand and/ or navigate”.

“There are Highway Maintenance works in the area which may mean that the road closure would need amending for a few nights in mid May”.

The changes cost £4000 with an ongoing weekly expenditure of £2000. The report says, “The maintenance cost could reduce if there were other traffic management schemes in the city at the same time.

It appears that no safety audit results were reported to the decision making meeting which was held in private. 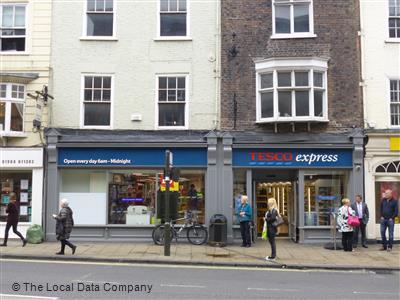 The report also says that measures may be warranted at the city centre food shops on Piccadilly, Low Ousegate and Micklegate.

Hopefully any such proposals will involve a full safety audit and consultation. Any changes in Low Ousegate in particular could have significant knock on effects on public transport.

NB. Some Labour Councillors are trying to change the policy that they advocated in January when they wanted to ban all private car use within the City walls. They now want to establish a Ultra Low Emission Zone (ULEZ) in the same area. This would allow electric car users access but would hit commercial premises deliveries, and some bus services, very hard. It is not a practical short term option.