Residents are enjoying viewing an exciting new community arts exhibition at Lidgett Grove Methodist Church, which brings to life the past and present of its surrounding area. 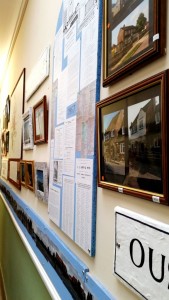 The extensive display is the result of an 18-week community arts project, organised by the council’s York Learning team.

It was supported by Explore York Libraries and Archives and is part of the Heritage Lottery Funded ‘York: Gateway to History’ project.

The project was developed with tutor Donna Taylor and involved 14 local residents who were either church attendees or young mums regularly attending the Lidgett Grove community cafe. York Learning team provided the project members with a free crèche. As a group they discussed how to take the project forward and decided to research their local area in detail and create an exhibition to share their findings with others.
END_OF_DOCUMENT_TOKEN_TO_BE_REPLACED 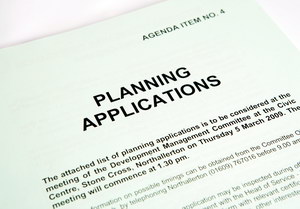 Officials are recommending that a planning application to build a house on land next to 27 Lidgett Grove in Acomb be refused. The application, submitted by Acomb Ward Councillor Keith Myers, would have seen a two story three bedroomed property built.  A similar application had been refused last year.

Four neighbours have objected. Officials support the objections and conclude, “The erection of the proposed dwelling would result in the loss of an important gap in the street scene, resulting in a loss of openness and a form of development that is uncharacteristic of the established layout and pattern of development in the locality. The proposed dwelling would have no rear garden, a small side garden and front garden half given over to the parking of vehicle(s)”.

If rejected the applicant has a right of appeal.

The application will be considered at a meeting taking place on 15th October 2015. Other items (click to access) on the agenda are applications for:

Change of use from workshop to farm shop and erection of fence to front (retrospective). [Fulford and Heslington Ward]

City of York Council is starting new drop-in sessions as part of its support for a very successful community-led project being run from a church in Acomb. 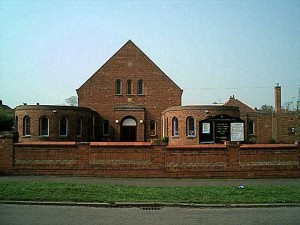 The sessions will be held at Lidgett Grove Methodist Church which is developing into a community hub. There, council officers will offer information and advice to local people on housing issues, anti-social behaviour or housing-related debt, as well as offering advice and information to anyone wanting to get more involved in the community. These will run on Wednesday mornings between 9.30 and 11.30am from Wednesday 9 July.

The church’s work started by setting up a very successful Community Café inspired by the Joseph Rowntree Foundation’s work on loneliness: what causes it and how to combat it. In Carr the main causes of loneliness were aging, family issues, not knowing neighbours, a lack of community facilities and chances to get involved with the community. Among the solutions identified were establishing a central location where people can find information, meet others and get support and services.

In summer 2013, a community café offering company and activities started up as a pilot scheme. It was so well-supported and popular that it carried on and now runs every Wednesday from 9:30 to 11:30am.
END_OF_DOCUMENT_TOKEN_TO_BE_REPLACED