York’s cultural attractions have strengthened in recent years. The Art Gallery/Museums Trust is putting on a wide range of events while the Libraries management team have recently been awarded a 15 year extension to their contract. York has a strong theatre presence and attracted the new Shakespeare outdoor venue last year

Things are less promising for informal sport and open space provision. Playing fields in west York are being built on. Outdoor games areas are being closed and bowling greens lost.

All parties are promising to plant more trees, although none yet recognise that more needs to be invested in maintaining existing tree stocks.

Rather belatedly, the adverse impact of the cuts made to youth provision 7 years ago, are being recognised. All parties promise to do more to entertain teenagers.

The LibDems and Greens commit to a rolling programme of play equipment renewal.

Community groups and residents are invited to celebrate the launch of www.livewellyork.co.uk, a city-wide source of high-quality information and advice, at venues around the city on Thursday 14 March.

The Live Well York website promotes opportunities for residents to enjoy healthy, active and independent lives and supports our commitment to early help and prevention, and to help people live independently and well.

Having been in development for a year, Live Well York is being used by over 1,000 people every month and is now launching formally. It offers residents:

To prevent information being duplicated, the website navigates people to other sites such as Healthwatch York’s Mental Health directory, the Young Person’s Survival Guide, a map of the council’s community hubs and AccessAble’s accessibility information.

Future and further improvements to Live Well York include:

Find out more about what the website can offer you, or how you can contribute to it at  https://www.livewellyork.co.uk/ 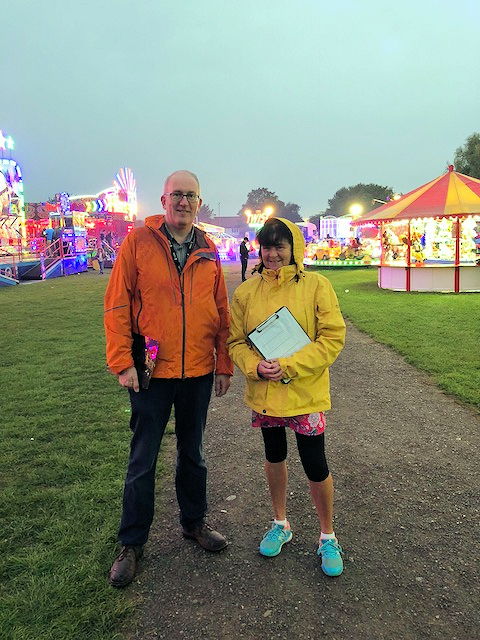 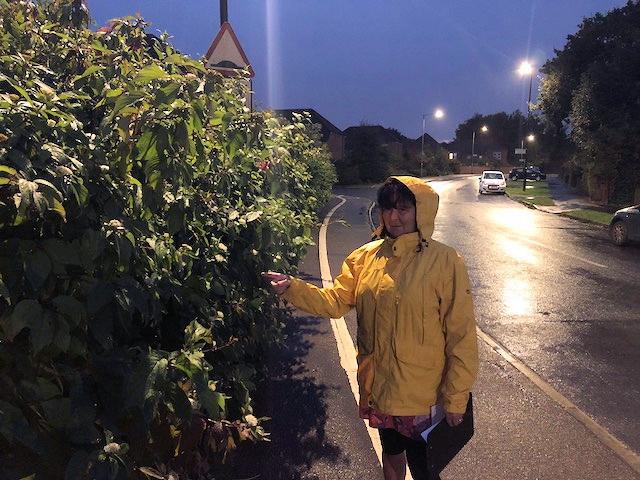 “In an innovative move, City of York Council has entered into an agreement with a social enterprise to breathe new life into Zoo Skatepark as it’s to be known – and local skaters are invited to come and try it out.

The park, located under Sainsbury’s car park on Foss Bank, is to be taken over by Zoo Skatepark Ltd.

The agreement has ensured that the skatepark will stay open to young people and skate sport enthusiasts from across York.  END_OF_DOCUMENT_TOKEN_TO_BE_REPLACED 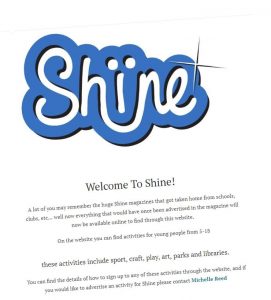 The much loved children’s magazine Shine, has re-launched to ensure locals to York are kept up to date with the latest clubs, events and sports happening across the city of York.

After some time away the magazine has now re-launched online and serves as a one-stop website for all you need to know about local activities for children and young people .Aimed at those aged between 5 and 18 years old, this resource has launched just in time to prepare your diaries for the 6 week holidays.

Browse the online calendars for Sports, Play, Parks, Arts and Library activities and events across the York area. You can also read the Shine Blog to find out a little bit more about courses, holiday camps and clubs to get involved in.

Organisers and leaders of children’s groups can register as a Shine user and have activities listed in the magazine’s calendar. The full magazine can be downloaded online.

Some of the exciting highlights happening this summer include:

Free entry and on-site parking available at this year’s Summer Fair at West Bank Park from 1-4pm on June 24th.

Take part in a 3 day course to learn and develop you squash skills. The course runs between 9am-12pm a day for 3 days. Courses cost £45 per person. Course dates are July 17th-19th and July 31st– August 2nd.

Visit www.yor-ok.org.uk/shine for more details. And you can find the Shine blog at www.shineyork.wordpress.com 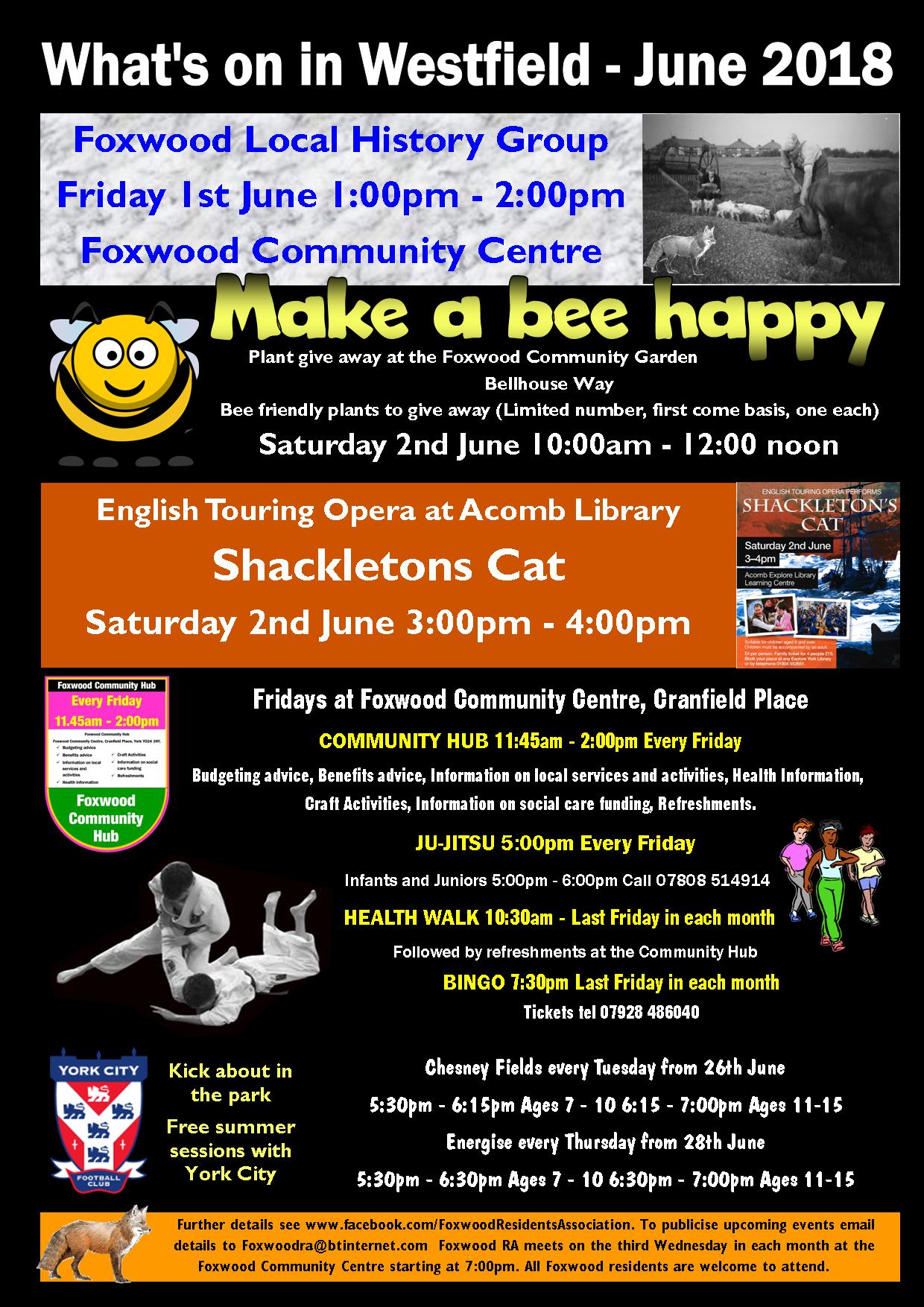 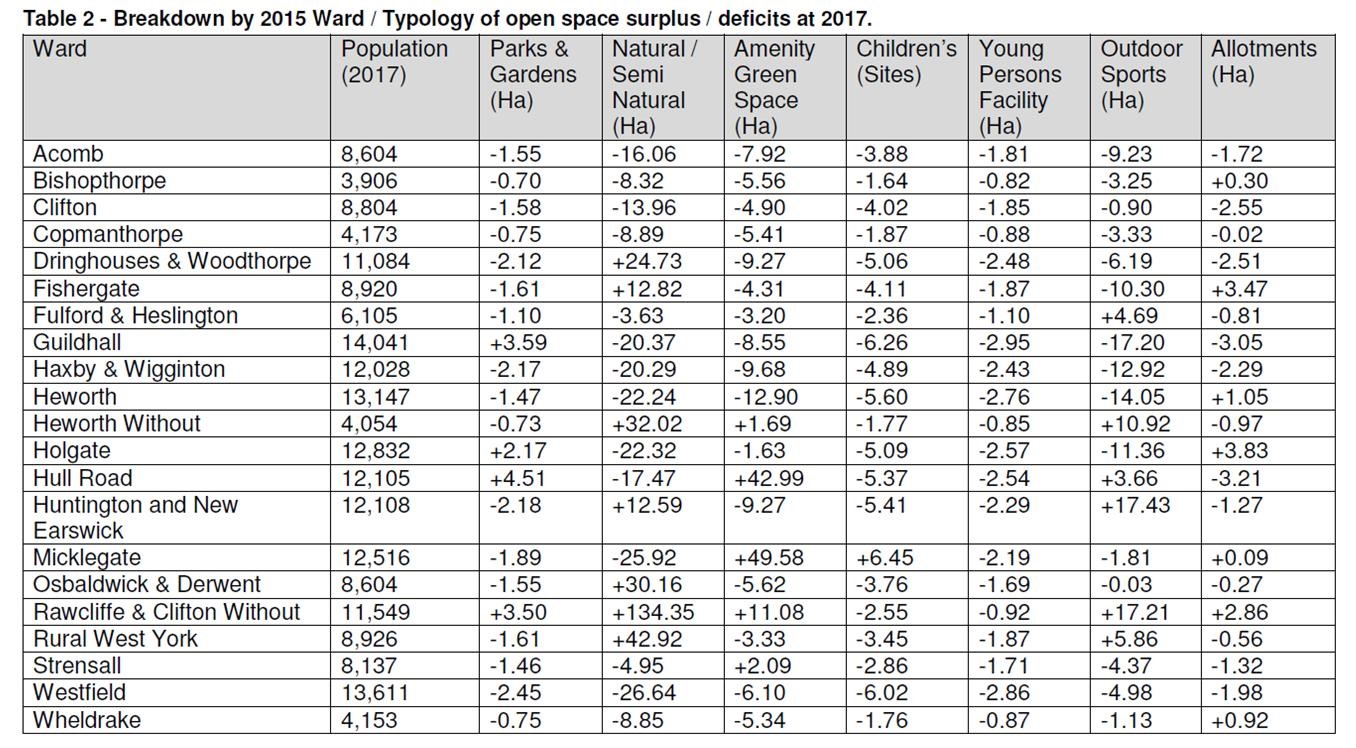 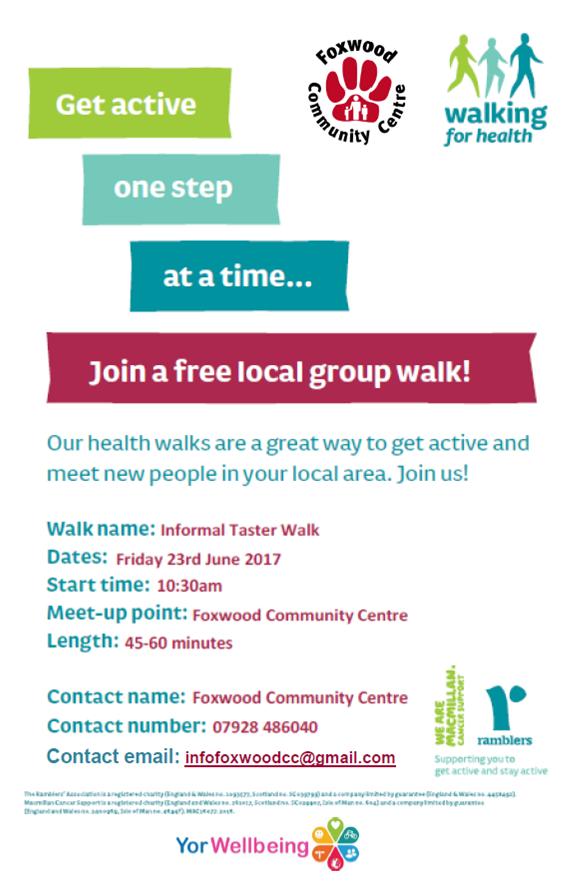 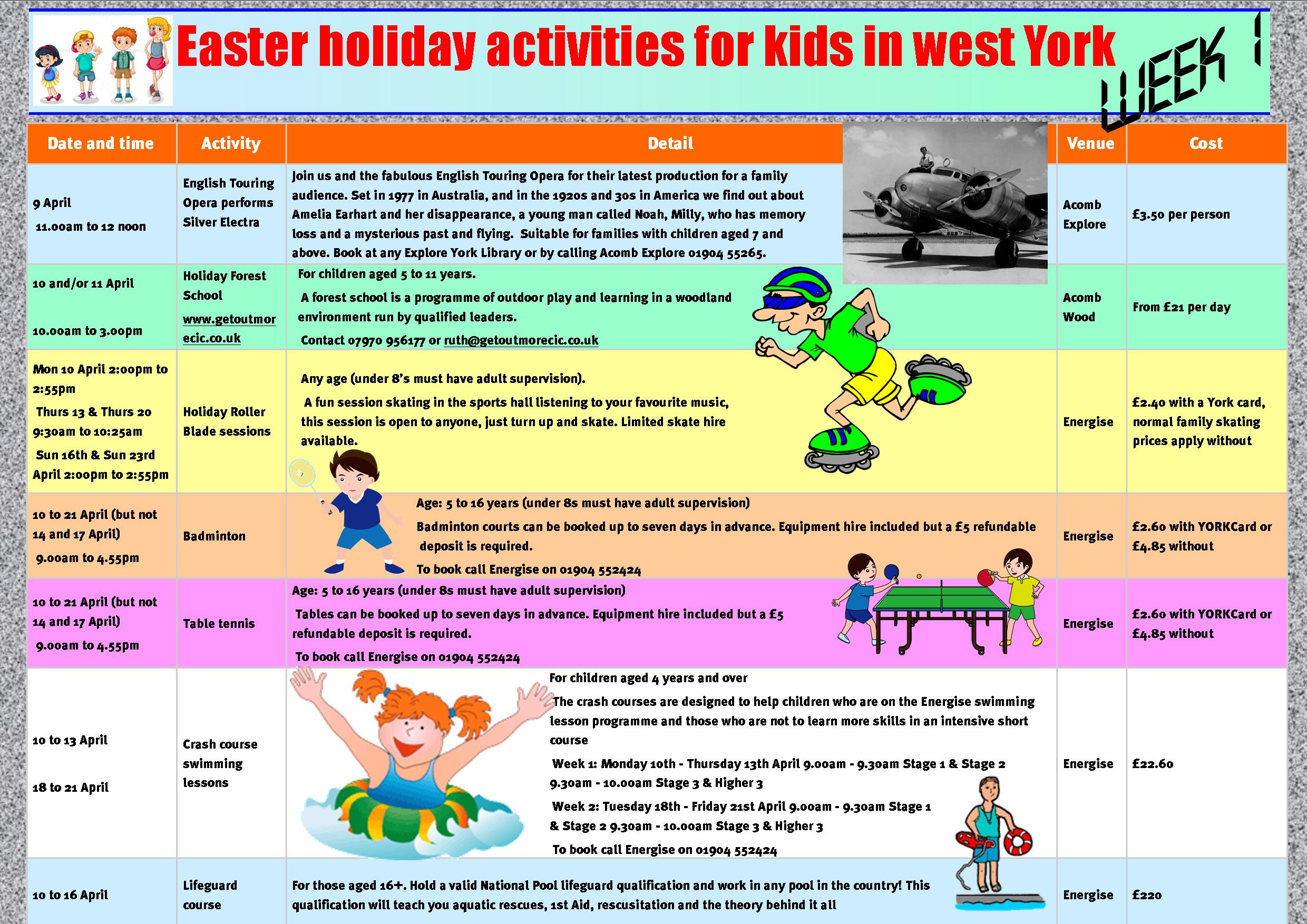 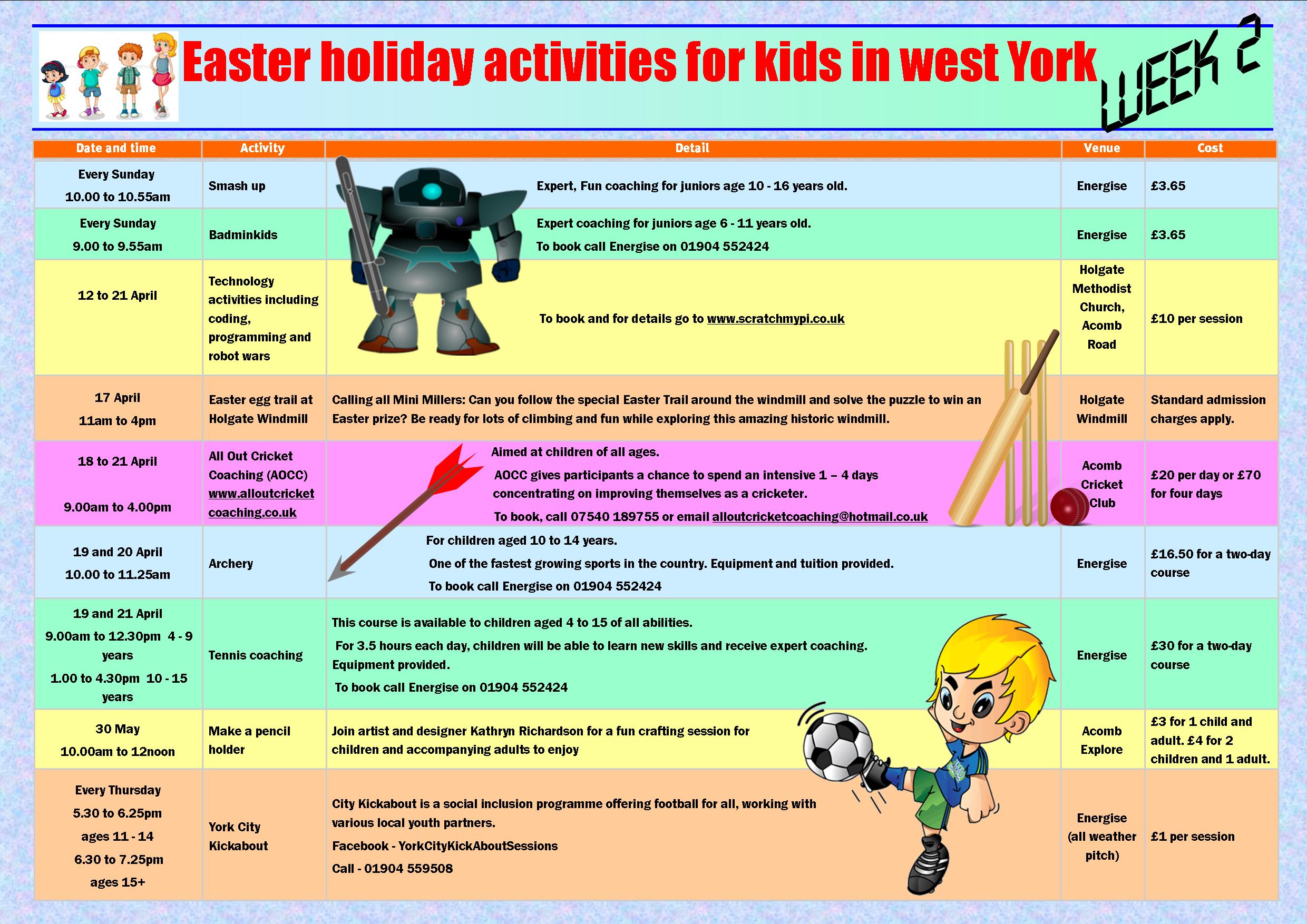 The Energise sports and leisure centre on Cornlands Road have a new web site. 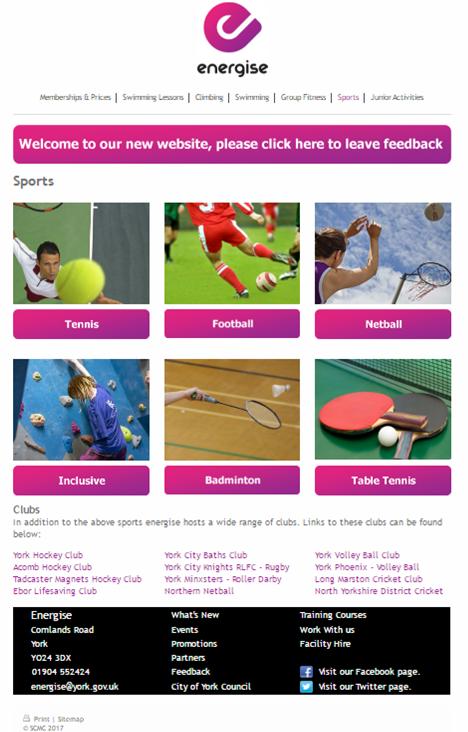