The present administration at the York Council was elected on a raft of manifesto promises which included a commitment to improved street level public service standards as well as to more open decision making.

They rightly aimed to achieve this by delegating more decisions so that they could be taken at community level.

In practice ward Councillors were given more neighbourhood responsibilities supported by an enhanced budget.

Additional funding was made available for general improvements. The Housing Estate improvement budget processes were also changed in an attempt to give those areas that did not have a residents association a share of the available resources.

Although progress in delivering schemes which were identified in the summer has been painfully slow, at least some attempt has been made to provide more transparency. The latest list of approved schemes can be downloaded (link). It lacks update information on implementation progress but it is better than was provided by the last Council.

Decisions are now being publicised on a regular basis. The latest was agreed at the end of February (click) 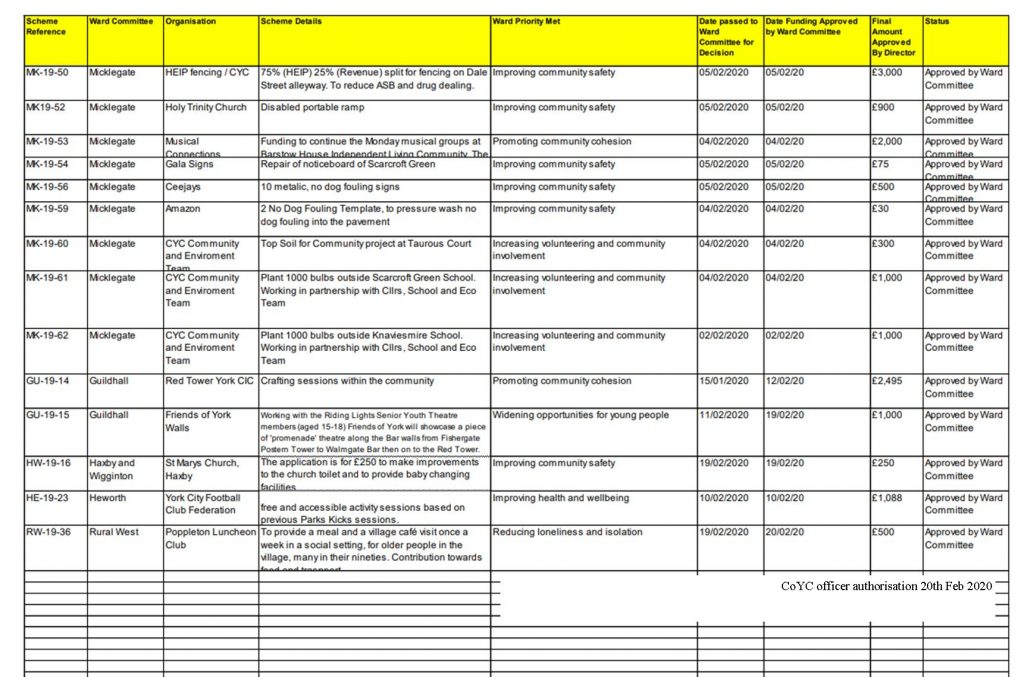 Its a great shame though that that the new delegated budget – totalling £1 million – and intended for highway, cycle and footpaths improvements has not produced any tangible results. The condition of several local highways is now very poor, yet the budget remains unused.

The Council today published what purported to be a delegated decision (which has apparently been approved by a senior manager) detailing  how the budget will be used. However anyone viewing the Council web site would still be unable to see a list of the roads which might benefit. It simply says that the schemes  are located in the Fulford and Derwent Wards.

Road requiring attention were identified by local residents over 6 months ago.   That is long enough to allow for resurfacing to be arranged.

We are now within 3 weeks of the end of the financial year.

Although the Councils contractor was seen last week on his quad bike spraying weeds in some areas, action elsewhere is still awaited.

The are particular issues on cul de sacs and snickets (neither of which are accessible on a quad bike!). 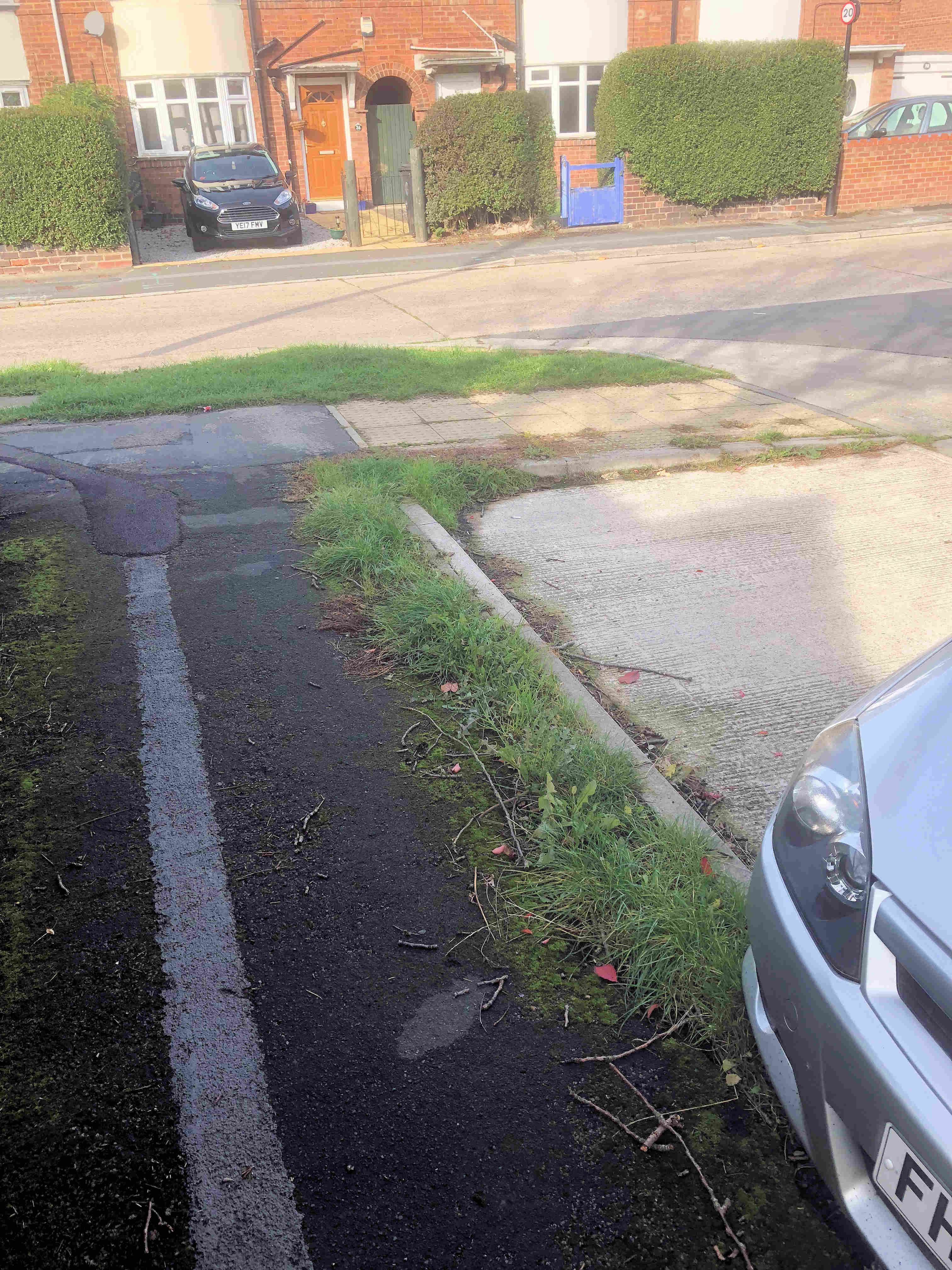 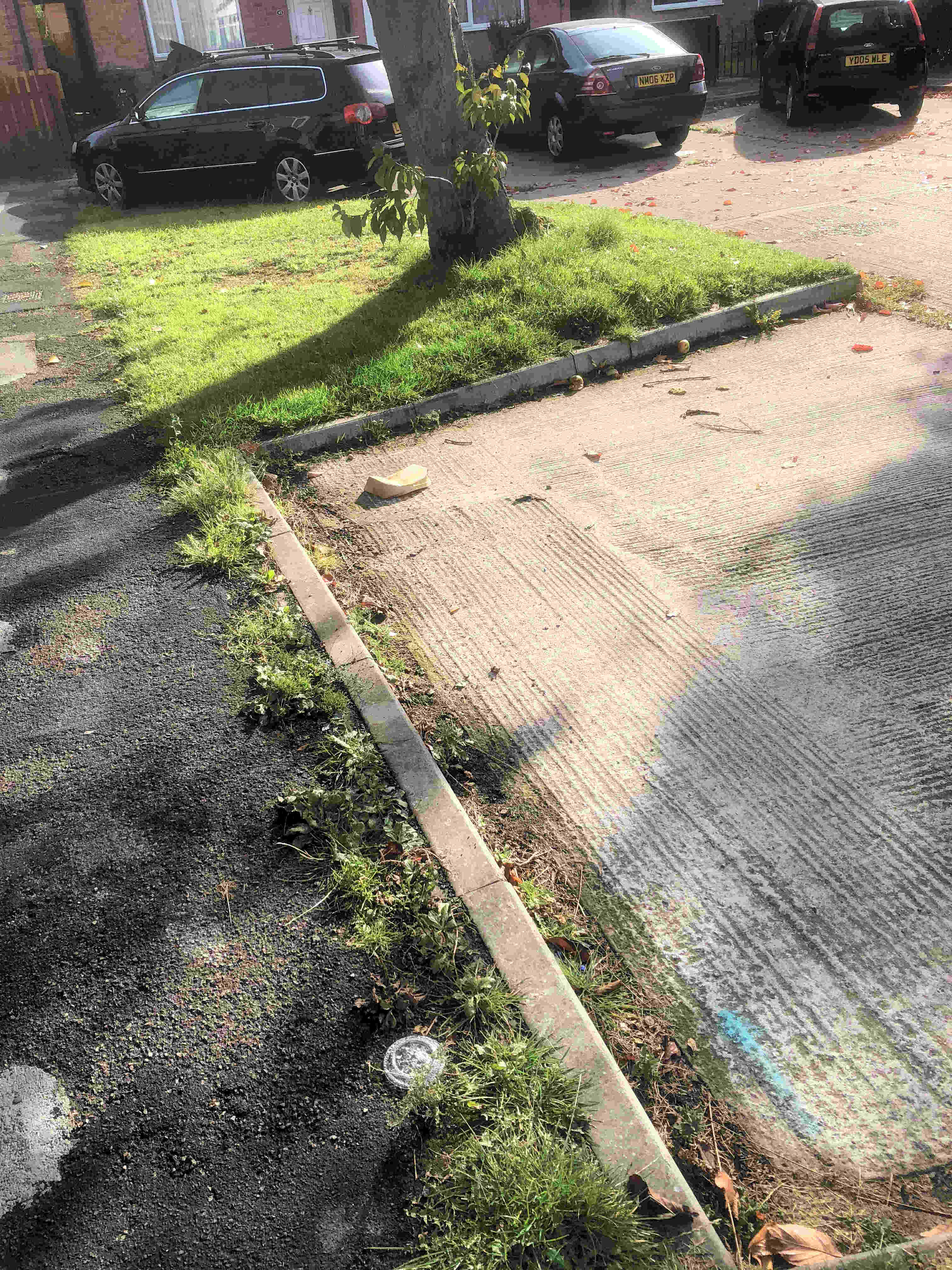 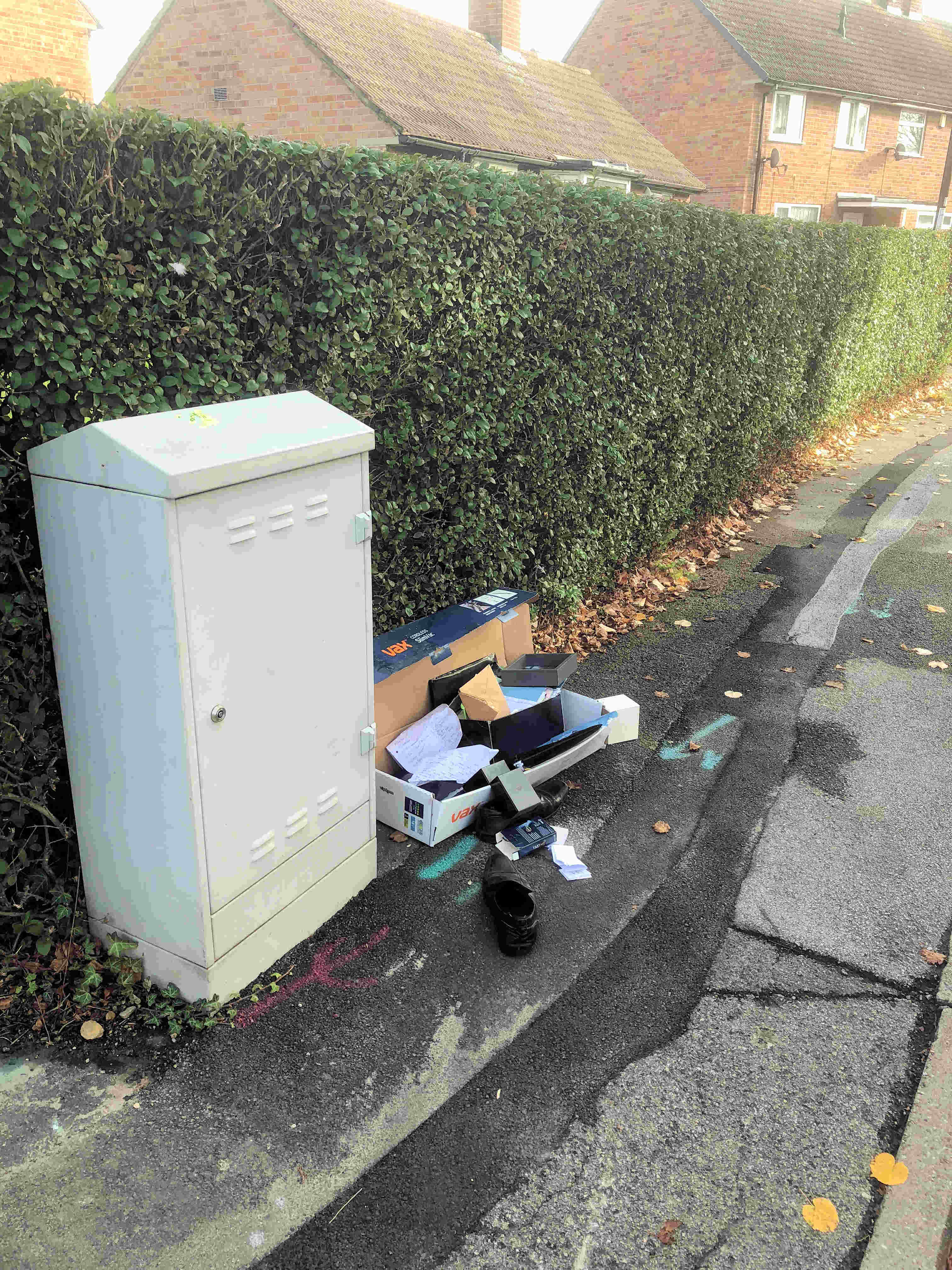 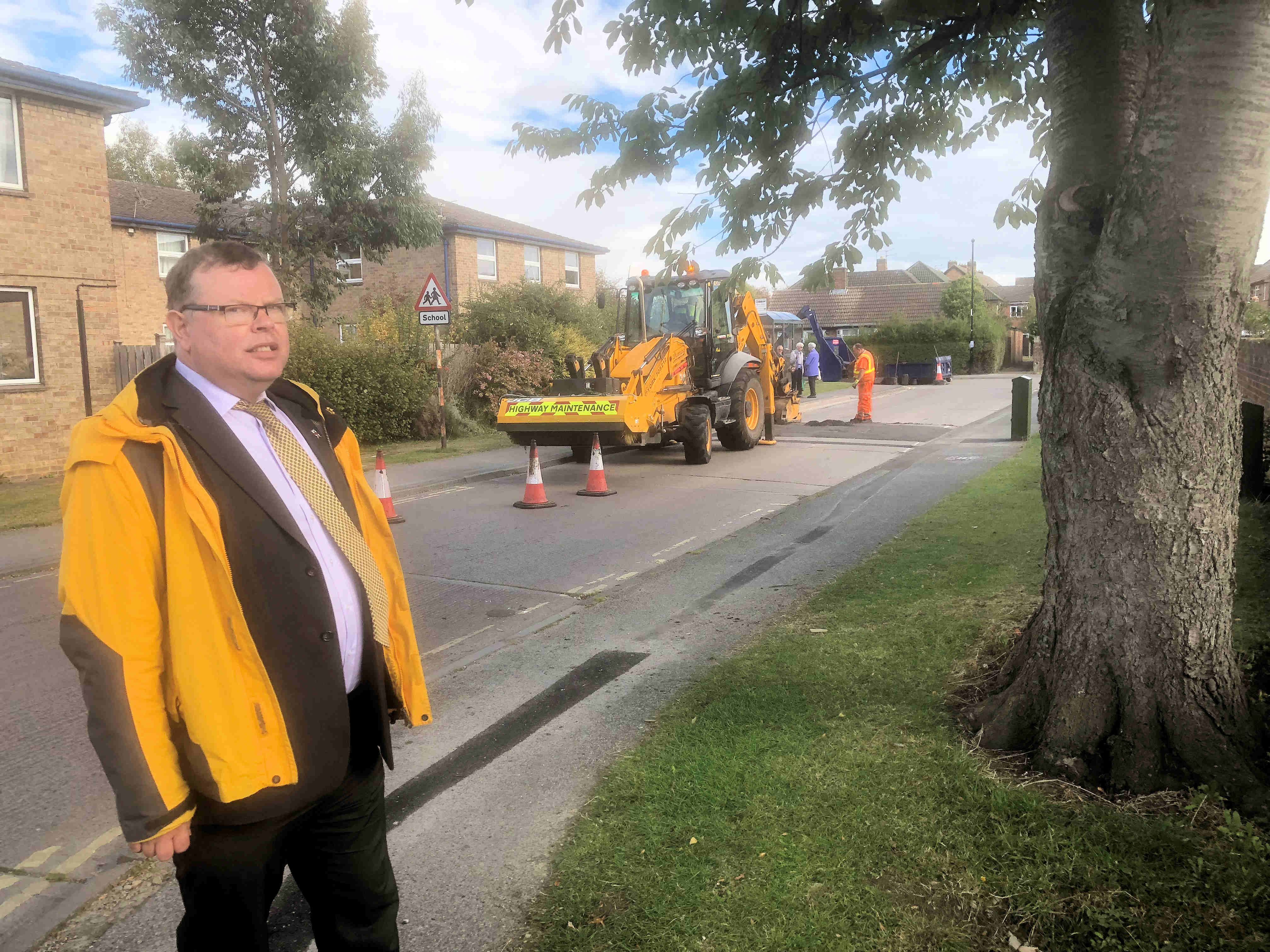 Andrew Waller points out much needed speed hump repairs on Ascot Way. We are pleased to see that this programme is underway

The York council leadership is apparently immune to irony.

Today they have published a programme of road repairs and resurfacing for the forthcoming year. The decision was apparently taken yesterday and published today.

Despite the critical audit report on the process used to determine priorities (and the criticisms about lack of transparency) it appears that an officer has already decided the list. No agenda or prior notice of the intention to make a decision was published by the Council.

This is even less open than the process used in previous years where an agenda for a Cabinet member decision session was published in advance of the meeting.

The report fails to provide details of the “scores” attributed to each road’s condition and doesn’t indicate which roads were just below the threshold.

A total if nearly £6 million is being spent, although a major chunk of this (over £1.8 million) is being allocated to  street lighting replacements (mainly fitting LED units).

The full list of schemes can be found by clicking here 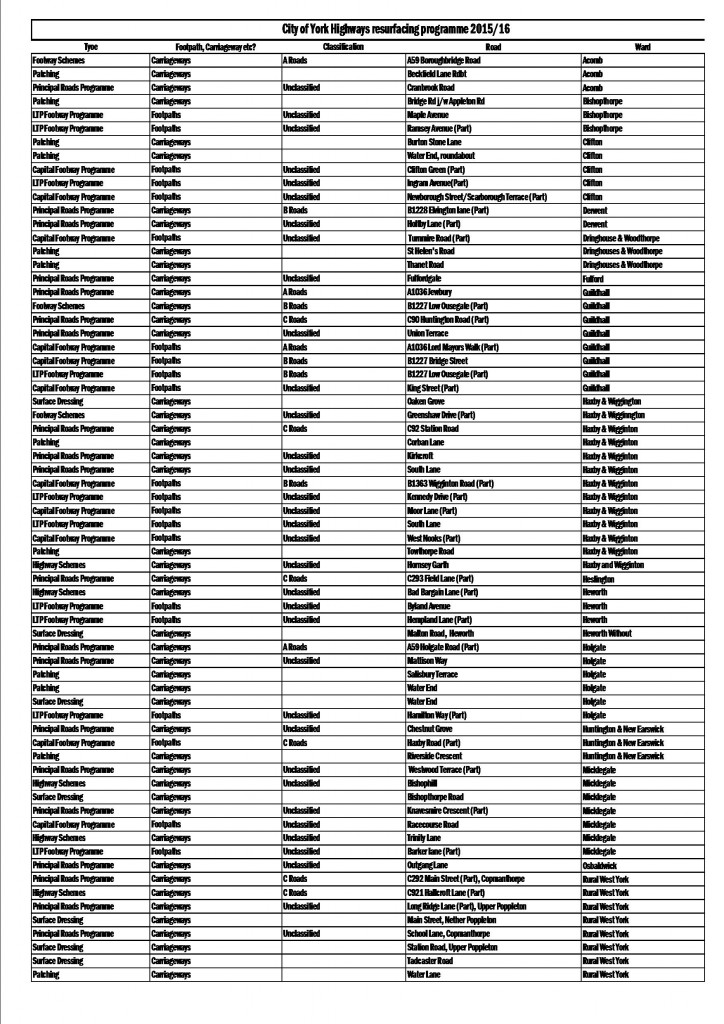 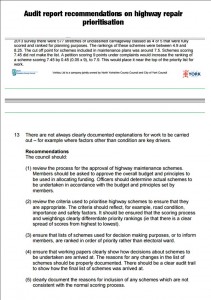 An internal audit into how the York Council allocates its highway repair budgets has been published. The auditors have apparently failed to ask when, and by whom, the repair criteria formulae was last changed.

The report questions how decisions were taken which led to two – unnamed but apparently low priority roads – being included in this (financial) years repair programme.

The names of the roads will no doubt be revealed at the meeting.

The report is critical of the Cabinet member (Levene) involved who held one of Labours now notorious “behind closed doors” meetings to determine a draft programme.

The report details the scoring system used and the weightings given to complaints and petitions.

It acknowledges though that the poorest roads usually get the highest priority for limited funds whichever ward they fall within.

The actual score for each scheme (and those just below the cut off line) were not included in the final (public) report when it was published and debated on 20th March 2014.

In total the auditors recommend 5 changes to current processes.

It will be interesting to see what the Cabinet member involved will say at the meeting on 25th March when these criticisms are put to him. He will probably advance the “Constantine the Great” defence – “its always gone on , I was just doing what previous office holders did”.

We understand that a separate allegation of conflict/bullying involving a Cabinet member and a Council official has been dropped because of lack of evidence. 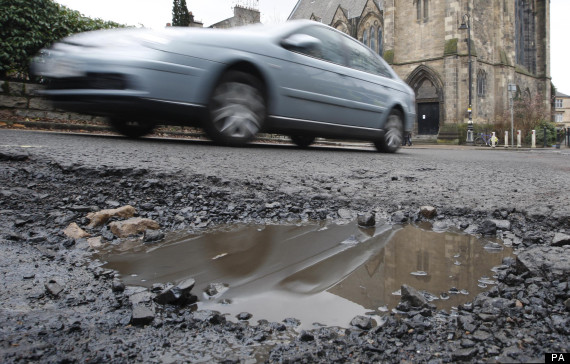 The government has stepped in to give York an additional £2 million a year to tackle the road maintenance backlog.

Details of the announcement can be found by clicking here

The York Council gained notoriety in 2012 by halving the amount that it invested in repairing local footpaths and roads.

They continued the policy into 2013 with a large backlog of repairs developing. Investment only returned to 2011 levels this year.

The York Council announced its provisional resurfacing programme for 2015 a couple of weeks ago. The government announcement means that this list should now more than double in size.

The York Council has published it initial programme of resurfacing works for the forthcoming financial year. 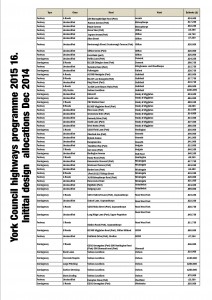 Alternatively click on the graphic right to see a ward by ward analysis.

Not a lot of work is scheduled for the west of the city although the bulk of the programme will not be revealed until the Council has completed its budget for next year in February. The current £2 million programme would normally be supplemented by another £4 million worth of schemes when the dust has settled.

Nevertheless there are some worrying omissions.

In the Westfield ward only a tiny footpath resurfacing scheme in Kempton Close is included.

Most residents expect major highways repairs to be necessary on the Kingsway West/Windsor Garth loop following damaged caused by vehicles accessing the new Our Lady’s redevelopment site. There is no sign of such a commitment

Residents living in the terraced area around Gladstone Street will also be disappointed to have been missed from the initial list. The streets are long overdue for resurfacing. They really need to be sorted out as part of a regeneration scheme for the whole of that part of Acomb.

A meeting next week will hear the – not unsurprising – news that the majority of York’s highways and footpaths are declining in standard.

11% of unclassified roads (the vast majority of the City’s network) are now in urgent need of repair. 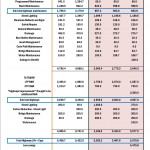 Only on its classified network does the City compare well to some other Yorkshire authorities.

As reported recently (see right) the Council has belatedly realised the implications of the work backlog which started to build in 2012 when the Council imposed a 37% cut in maintenance budgets.

It is estimated that there is now a £32 million back log in work. 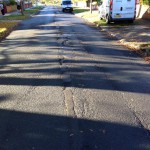 The Council is now saying that it will reveal in April an additional list of streets that it hopes to resurface in the run up to next years local elections.

NB. In Westfield, the footpaths in parts of Green Lane, Wetherby Road and Cornlands Road are due to be resurfaced.