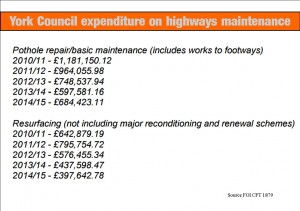 The York Council has been asked to reveal how many reports of problems with defective roads and footpaths it is receiving each month. The request for the publication of information comes in the wake of a Freedom of Information response which revealed that the Council believed that “5% of roads in the City require resurfacing”.

The new Council announced that it was increasing the amount available for maintenance by around £1 million this year.  So far no list of streets that might benefit has been published.

The background to the initiative is the absence of performance information which should be (but isn’t)  routinely published by the Council. Even scrutiny committees seem reluctant to monitor the number of defects that are being reported and the length of time taken to address issues.

This applies across a wide range of public services in the City.

What is clear is that the cuts on highways expenditure agreed by the last Labour Council have had a major impact on service quality.

A survey of 10,000 homes in west York has produced a interesting insight into residents views. 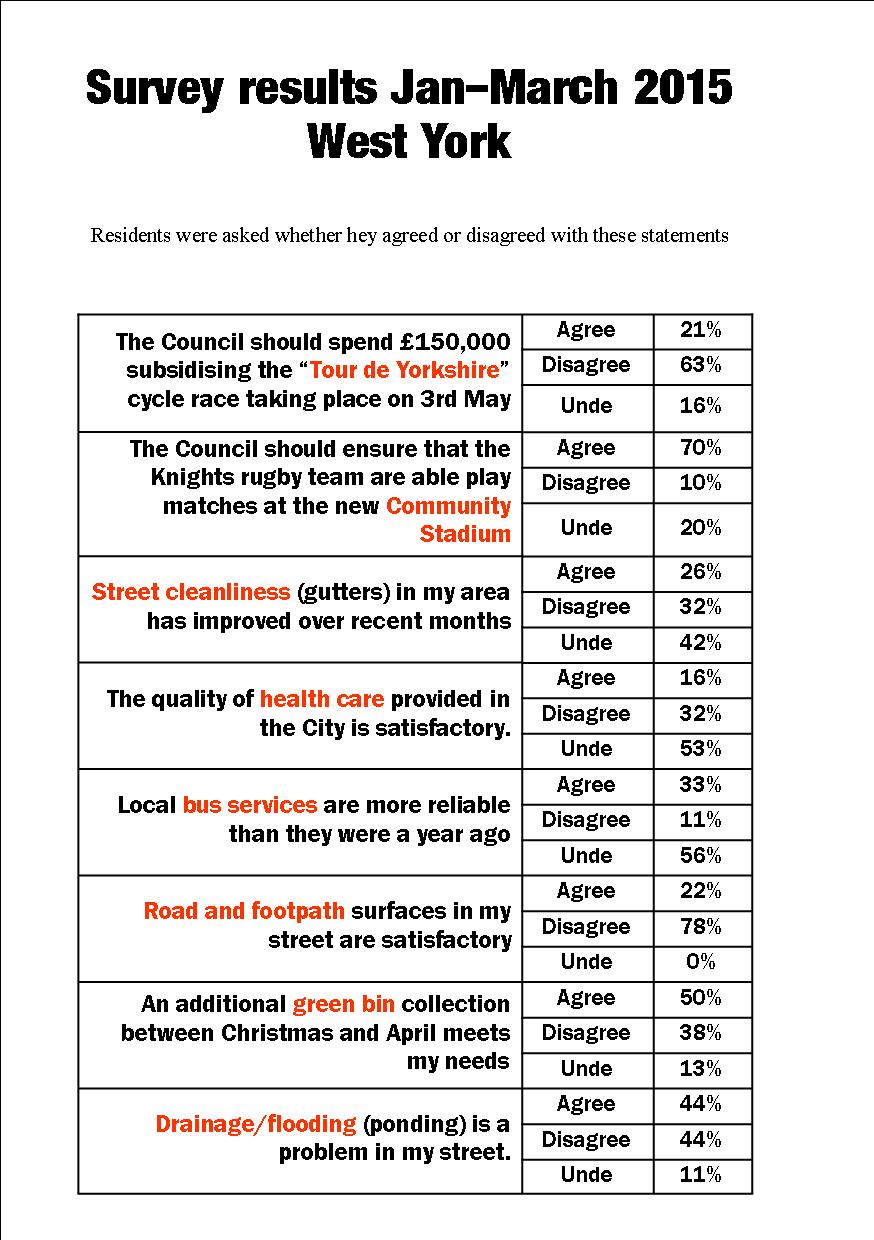 Asked whether the York Council should use £150,000 of taxpayer’s money to subsidise the Tour de Yorkshire cycle race scheduled for 3rd May, 63% opposed the idea.

This will be a blow to the Councils “Cabinet” who approved expenditure of £250,000 on the event, before deciding to take half of the subsidy from business rate income.

Most criticised public service was highway maintenance. 78% said that road and footpath surfaces were unsatisfactory. This is a major rebuff for the Labour/Green Council budget for next year which will see £300,000 cut from maintenance expenditure.

70% of respondents thought that the Knights Rugby team should be able to play at the new Community Stadium. Talks on accommodating the Knights needs are rumbling on with little sign of differences being resolved quickly. Relationships deteriorated a couple of months ago when Council officials launched a public attack on the rugby clubs owner. The future of the Community Stadium is due to be debated at a meeting scheduled for 27th March.

Opinion was more divided on other issues with 53% undecided about whether the standard of healthcare in the city was satisfactory.