The York Council has issued a statement urging “residents to speak up to help £1.29 million funding bid” 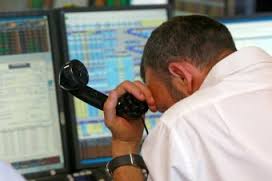 “Those who live, work or volunteer in certain areas of York are being asked for their opinions in a short survey, to help secure European Union funding to improve their local communities.

The ‘4CommunityGrowthYork’ project is embarking upon its second stage of a funding bid for £1.29 million and would like to hear views from those with connections to the Tang Hall, Bell Farm, Clifton, Navigation Road and Walmgate and Westfield areas of the city, together with neighbourhoods around Haxby Road Primary Academy and Children’s Centre.

City of York Council is working closely with a group of residents, community groups and businesses who have formed a local action group with the aim of maximising opportunities to stimulate the local economy.

As part of the bidding process, 4CommunityGrowthYork is now seeking views and opinions on a range of areas which can help rejuvenate communities, from support with learning new skills, finding work and childcare to setting up businesses and support for small business. It also asks respondents to rate the importance of suggested projects such as jobs, training and enterprise.

The 4CommunityGrowthYork project has already benefitted from an initial £22,000 from the European Structural and Investment Funds, which was match funded to £40k by the council. Its plans, including results from this consultation, will be developed into a formal Local Development Strategy to be submitted to the European Union by the end of August 2016. If successful, the funds will be match-funded through council, Government and Tang Hall Big Local funding to a total of £2.58 million.
END_OF_DOCUMENT_TOKEN_TO_BE_REPLACED