Reports are emerging from the Council which claim that the 12 bus service, which was to have terminated in Woodthorpe from next Sunday, will now continue to serve the Acomb Wood Drive, Bellhouse Way and Foxwood Lane loop.

The decision – which is understood to involve a Council subsidy – was taken in a behind closed doors decision. No advanced notice of the proposal was published by the Council.

The service will run on an approximate 40 minute frequency.

The original plan would have left most of the 500 homes on the Acomb Park estate without an accessible bus service for large parts of the day.

A copy of the Mon-Fri First timetable, which will operate from 30th September, can be downloaded by clicking here

A copy of the Saturday timetable, which will apply from 5th October, can be downloaded by clicking here

Changes to service 14 were announced earlier in the summer.

Anyone expecting the York Council’s Executive to take decisive action, to address declining public service standards at their meeting yesterday, will have been disappointed.

Despite a plea from Independent Councillor Mark Warters that a team be set up to deal with outstanding complaints, the Councils leadership remained tight lipped.

Many residents may conclude that there is something seriously wrong at West Offices.

Not only is there no timetable for addressing outstanding issues, but communications with residents are poor while many local Councillors (not all) fail to roll their sleeves up and tackle issues directly in their wards.

The York Council is no longer a “can do” organisation. It’s become a “maybe things will get better next year” type authority.

That won’t do. Its the kind of complacent attitude that has prompted a rise in more extreme political ideologies elsewhere in the country and abroad. It needs to be reversed, and quickly.

Not everything is bad, of course. Some individual Council officials are making limited progress in improving our streets as we show here.

Although surface water flooding is usually associated with winter conditions, issues can arise at this time of year.

We are likely to experience intense rainfall over the next few days.

This means that any blocked drainage channels and gullies will be tested. Residents would be wise to check any public gutters near their properties and report any blockages.

Single storey side and rear extensions

Erection of single storey extension extending 4.05 metres beyond the rear wall of the original house, with a height to the eaves of 2.54 metres and a total height of 2.77 metres. 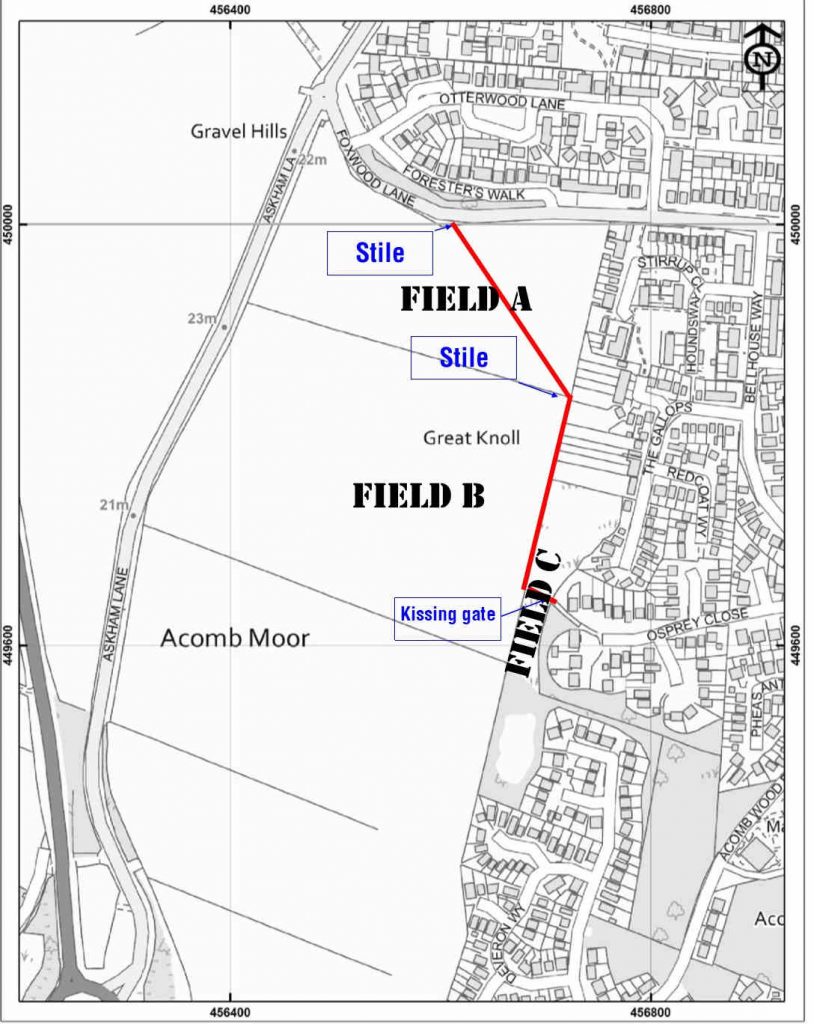 Residents are urged to report any dangerous potholes on their local road or footpath before the bad weather sets in.

Reports can be made “on line” 24/7 using the “report it” web site https://www.york.gov.uk/reportproblems  click 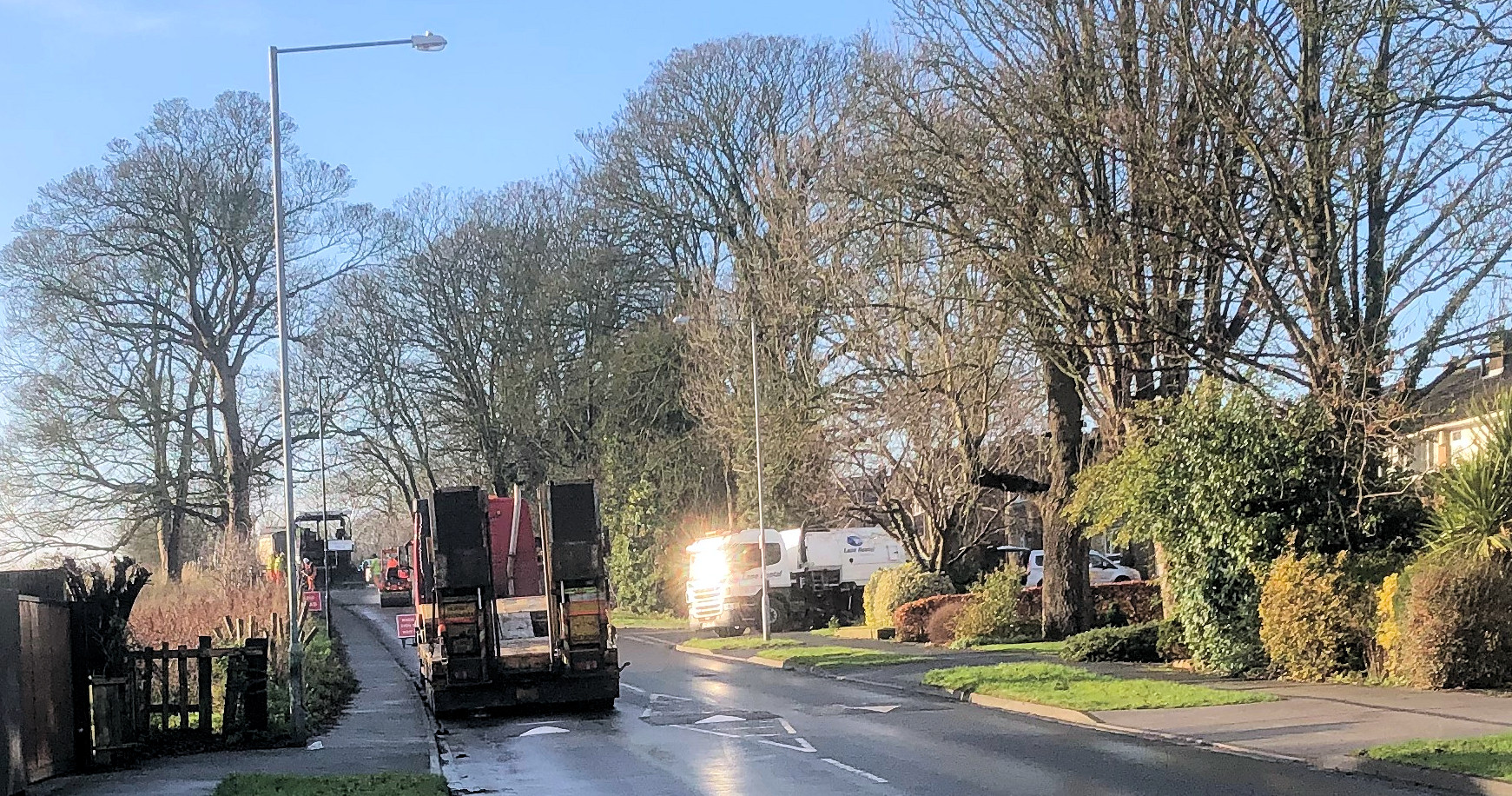 The Council have been busy today relaying the road surface at the top end of Foxwood Lane. The carriageway there had been subject to repeated problems with potholes. They posed a hazard for cyclists in particular 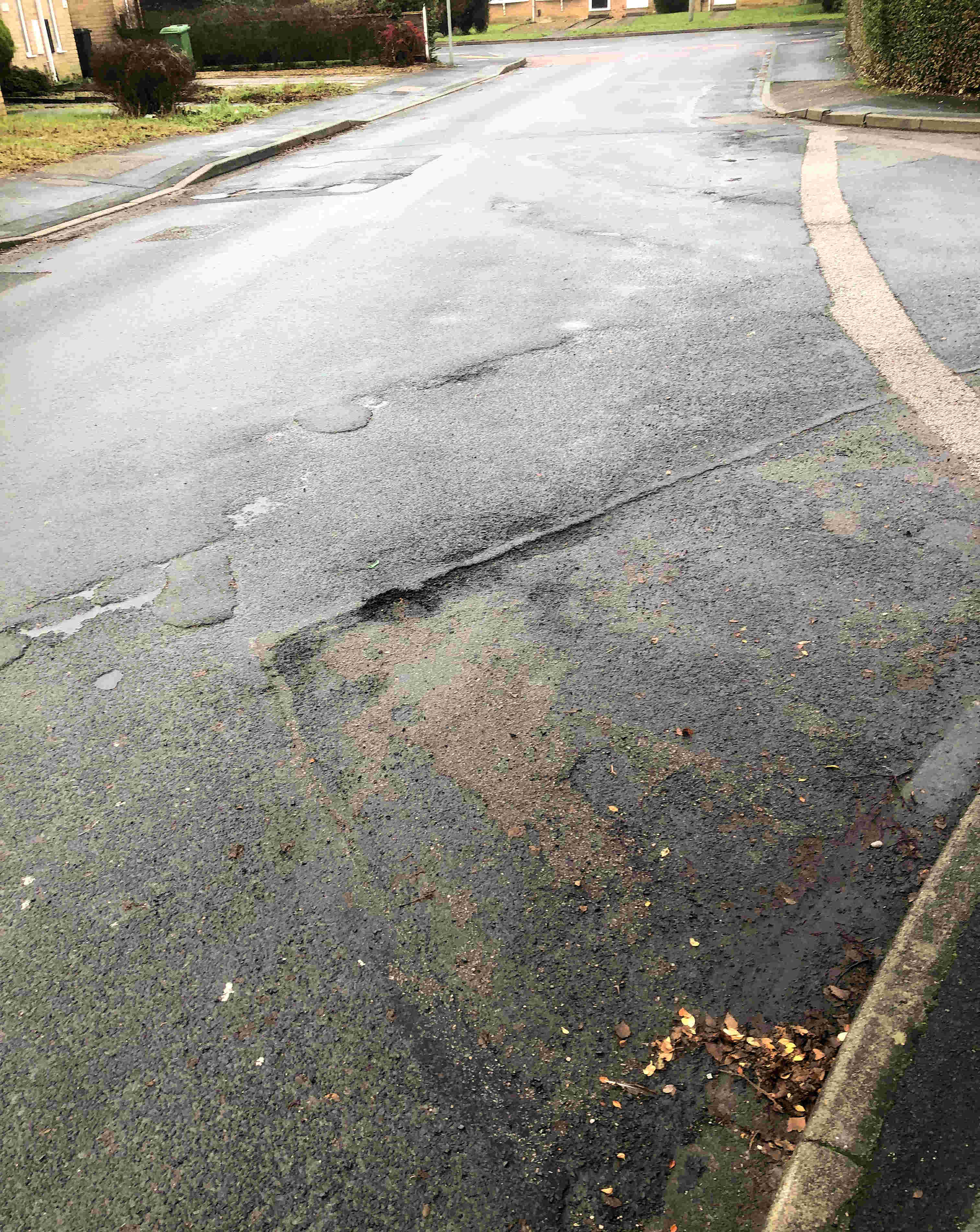 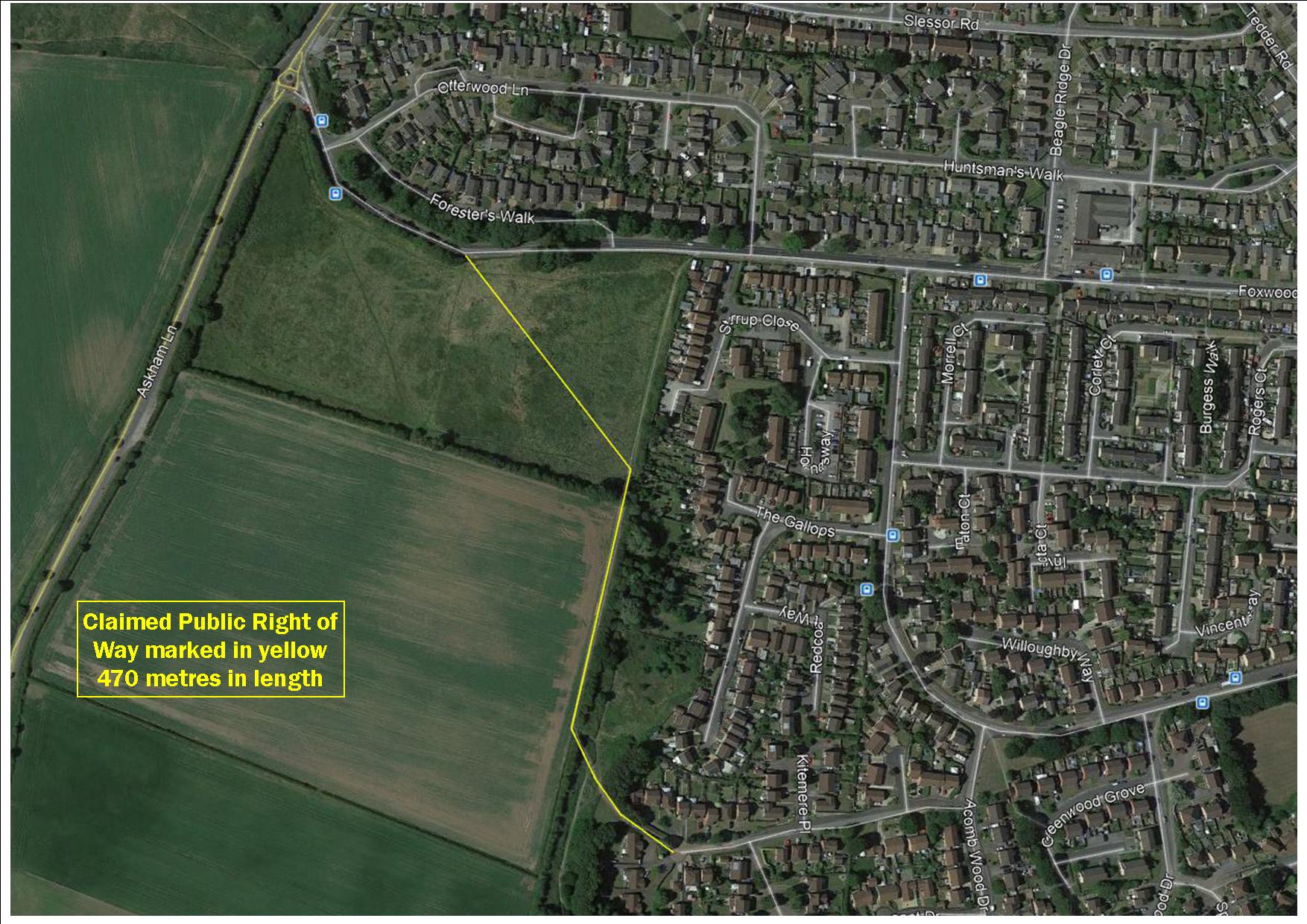 Two payphone kiosks, criticised for their appearance by local residents, will not be removed say BT.

The kiosks, one on Beagle Ridge Drive/Foxwood Lane the other on Kingsway West, have been damaged are often covered in graffiti, weeds and fly posters.

BT says that despite the growth in mobile phone use, the payphones are still occasionally used.

They acknowledge though that the payphone on Foxwood Lane isn’t working. It will be repaired.

BT promise that the payphones will also be thoroughly cleaned inside and out. 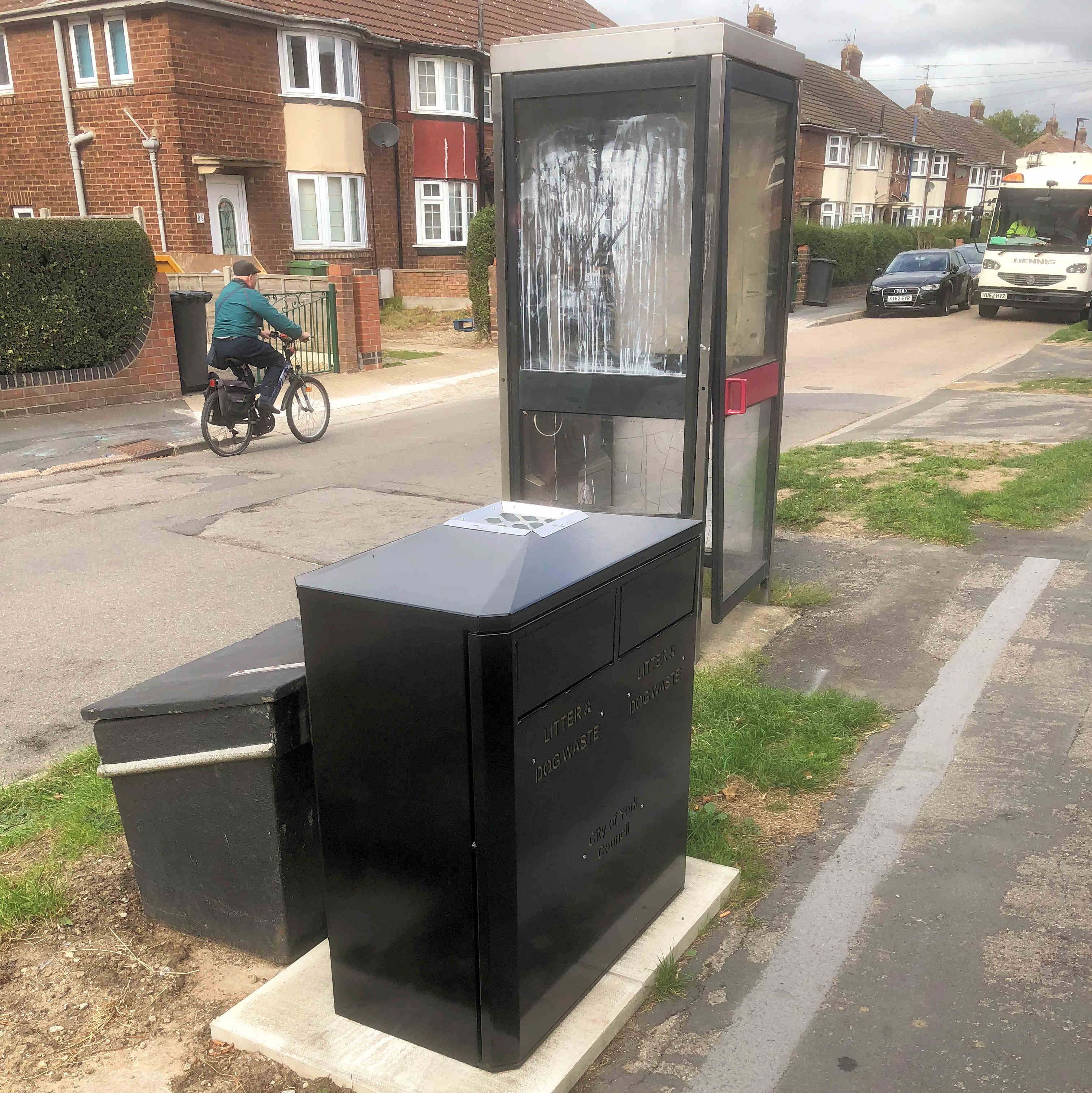 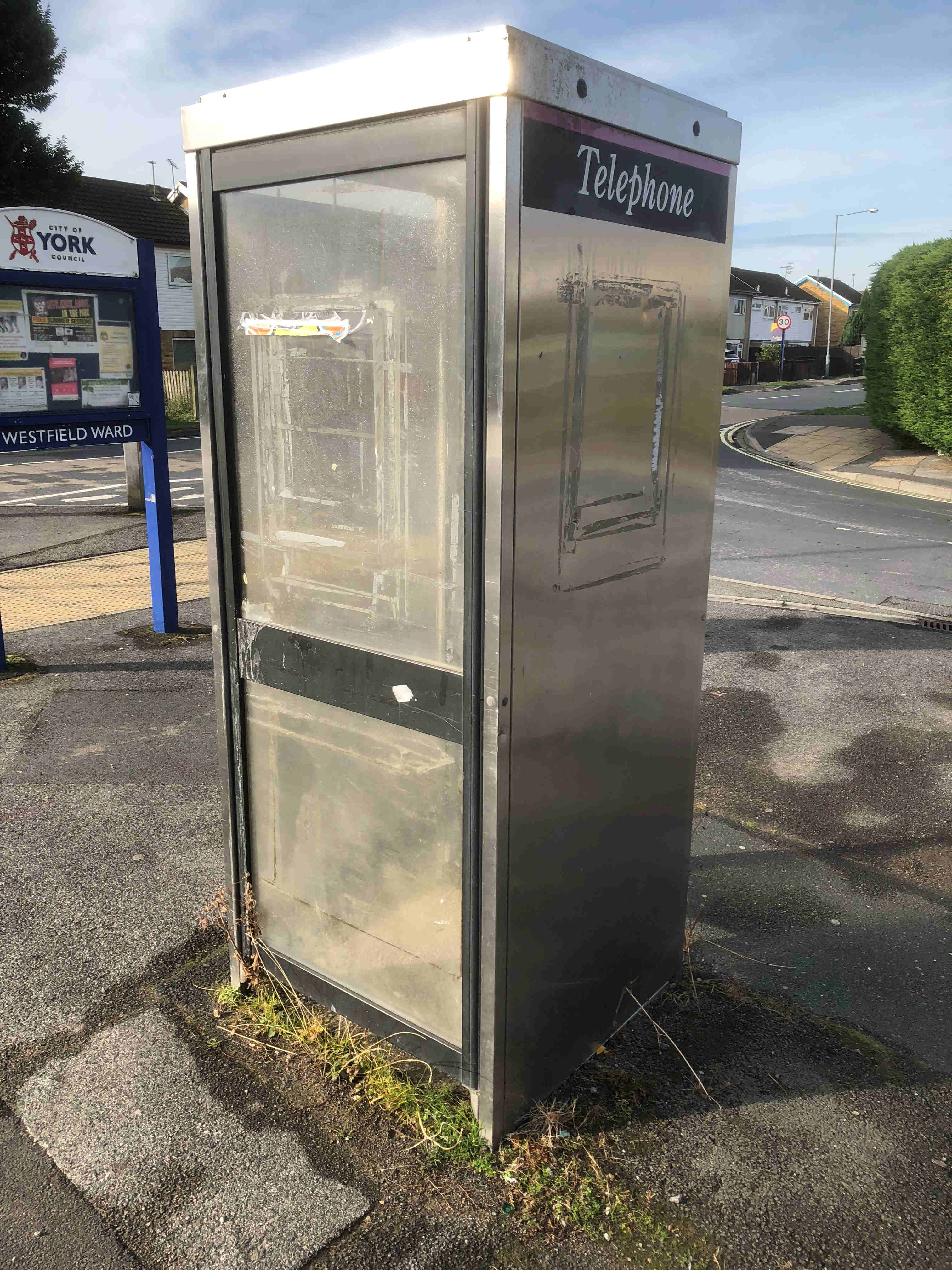