Variation of Condition 2 (approved plans) of permitted application 18/02177/FUL for relocation of sub-station.

Non-material amendment to permitted application 15/02252/FUL to amend the design of doors inserted to 2no. front entrances 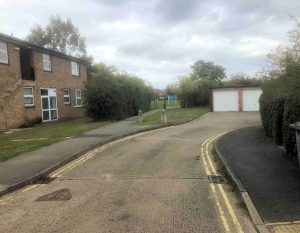 The application had caused some controversy when first publicised as some residents feared it could lead to an increase in crime.

The sub station will reduce the width of the footpath to the rear entrance to Hob Moor school.

Meanwhile there has been no response from the Council yet to complaints about the way in which the planning application for the Lincoln Court redevelopment was handled.

Sport England asked for the all weather games area to be replaced if the existing facility is bulldozed. The condition was omitted when the planning decision was published.

Later it emerged that the Council had included a condition requiring the additional 10 flats on the site to be used for “extra care” facilities.

Extra care beds require 24/7 staffing support the provisional of which would be economically unsustainable for such a small unit.

The plan could also have significant  transport implications for the area.