On four occasions during 2019, Mr Cairn’s dogs escaped from his control in the area where he lives, and attacked three small cross breeds and a Labrador cross which needed veterinary treatment. The owners suffered considerable distress too.

All the control orders have the same conditions. These include ensuring that each dog is kept under proper control at all times; securing the property and boundary where they are kept to prevent them from escaping; wearing a muzzle and collar identifying the name and address of the owner; and keeping each dog on a fixed-length lead at all time when in a public place.

While Mr Cairns has since re-homed one of his dogs, he is still its owner and will remain responsible for ensuring that the current keepers abide by the control order. Any breaches of the order will be Mr Cairns’ responsibility and could result in a £1,000 fine and, potentially, the possibility of the dogs being removed from his care.

Cllr Denise Craghill, Executive Member for Housing and Safer Neighbourhoods, said: “We will not tolerate irresponsible dog owners who do not take sufficient care to ensure their dogs are not a danger to other dogs, or cause fear to residents.

“We welcome the order issued by York Magistrates and will monitor and enforce the conditions to ensure compliance.”

A dog owner who failed to microchip, control and prevent dogs from straying, was given a total of £3k to pay by York Magistrates on Tuesday 10 October 2019.

Lloyd Hunter (aged 37 of Boroughbridge Road, York) was convicted in his absence to offences of failing to correctly microchip two Alaskan Malamutes, transferring a third Alaskan Malamute to another person with an incorrect microchip, and failure to comply with a community protection notice on two occasions.

Between July and October 2018, the dogs were regularly reported to City of York Council after straying onto neighbouring properties, including a children’s nursery. The council also discovered the dogs had incorrectly registered microchips.

Mr Hunter was issued multiple notices in October 2018 that required him to register the animals correctly with a relevant database operator, as well as a warning to keep his dogs under control.

Following further complaints in November 2018, Mr Hunter was issued with a Community Protection Notice requiring him to secure his property and ensure that his dogs were kept under proper control.

On 1 January 2019, a stray Alaskan Malamute that Mr Hunter had reportedly sold to a friend, was found to be still registered to the original owner, who Mr Hunter had purchased the dog from a few years earlier.

Another dog in Mr Hunter’s possession was also found straying by a local resident and returned on 12 June 2019, after the dog escaped and ran across the A1237.

The previous month, on 31 May 2019, Mr Hunter was walking three Alaskan Malamutes in Millennium Gardens, Nether Poppleton, when the dogs ran out of sight and attacked a Cockapoo. The dogs were off the lead and left the Cockapoo with injuries requiring over one week of veterinary treatment.

In interview during the investigation, Mr Hunter said that he was unaware of any injuries to the Cockapoo at the time of the incident, and also bought a stronger lead to prevent further escapes from his property. He also stated that he mistakenly registered his dogs through a discounted database, which is not recognised by local authorities.

Cllr Denise Craghill, Executive Member for Housing and Safer Neighbourhoods, said: “Responsible dog owners ensure that their animals are kept under control when out in public and properly secured when at home.”

“Since the law changed in 2015 all dogs must not only have identification tags, but they must also be microchipped with all details recorded on a relevant database operator. A list of these database operators can be found here: https://www.gov.uk/get-your-dog-microchipped.”

Two dog owners in York were ordered to pay a total of £2421.74 by York Magistrates on 7 May after failing to comply with the conditions of a noise abatement notice.

Lesley Smith (aged 62 of Hinton Avenue, Foxwood, York) received multiple complaints from neighbours in 2016 following continuous disturbances from her four dogs in the early hours of the morning.

Ms Smith’s dogs were also left outside for up to two hours on an evening, causing further noise disturbance to the neighbours despite numerous warnings, an abatement notice and a caution being issued.

City of York Council Neighbourhood Enforcement Officers carried out surveillance of a property belonging to Samantha Flower (aged 42 of Lincoln Street, Leeman Road, York), after they received multiple complaints from neighbours in 2017.

Council officers employed noise monitoring equipment and noted over 15 barks in one minute after 11pm during a visit to Miss Flower’s property in February 2019.

Appearing at York Magistrates on 7 May, Miss Flower pleaded guilty to failing to comply with the conditions of a noise abatement notice and was fined £120, ordered to pay costs of £100 as well as a surcharge of £30.

Ms Smith pleaded guilty by post to failing to comply with the conditions of a noise abatement notice and was fined £450, ordered to pay costs of £1676.94 as well as a surcharge of £45.

The owners of a dog found to be dangerously out of control have been handed a five year dog ownership ban by York Magistrates today [15 March 2019].

City of York Council, in a joint operation with North Yorkshire Police, seized the dog on the 27 July 2018, to prevent continued aggression towards people and other animals.

One attack left a resident visiting hospital due to injuries received when they tried to intervene as their pet was attacked. Their Jack RussellxCorgi required surgery to save its hearing.

Mr Berkley and Ms Bradley were charged with an aggravated offence of owning a dog which was dangerously out of control and injured a person.

Today [15 March 2019], Mr Berkley and Ms Bradley pleaded guilty to the outstanding charge and were each issued a five year ban on owning a dog by York Magistrates. They were also ordered to pay the victim a total of £468.

The latest figures published on the Councils open data web site say that only 8 fixed penalty tickets have been issued for dog fouling since April 2015.

No penalty notices have been issued at all since June last year.

Similarly, no Community Protection Notices (see right) for dog fouling have been issued since 2015

The York Council receives around 2000 requests for action each year on cleansing issues which includes dog fouling. It no longer publishes the number of complaints it receives about full poop scoop bins but it used to be around 20 a month..

A contract was let in April for the replacement of ageing “poop scoop” bins in the City.

Several campaigns have been run to highlight the risks associated with dog fouling. These included, in some areas like Foxwood, displaying eye catching posters while in others local residents highlighted “poop” on footpaths with spray markers.

Whether the problem has got better, or worse over recent months is difficult to assess.

Issues can be traced back to 2012 when the, then Labour controlled, Council scrapped the “dog warden” service. At the same time, they reduced the number of litter and dog bins in the City.

Take the lead and follow the countryside code on Strays

City of York Council is urging dog owners to take the lead and follow the countryside code when cattle are reintroduced onto Strays across York later this month.

The countryside code encourages everyone to respect other people and animals, protect the environment and enjoy the outdoors. This is particularly important when cattle are reintroduced onto the city’s strays for grazing to help manage the land.

Dog owners are being encouraged to be responsible around cattle. This includes keeping dogs on a lead when near cattle as they can spook them, picking up dog waste as this can spread disease and closing gates to ensure cattle don’t escape.

Grazing is a recognised form of managing grassland, including on nature reserves, throughout Britain.  Since 2010 Hob Moor, Bootham Stray, including the Clifton Backies nature reserve, and Walmgate Stray are in  Higher Level Stewardship agreements with Natural England.  The management prescriptions to which we have to comply for the sites include grazing and hay cutting to support the wildlife interest of open grassland, rather than be intensively managed or being left to scrub over.

For information on walking near livestock visit www.ramblers.org.uk/advice/safety/walking-near-livestock.aspx

END_OF_DOCUMENT_TOKEN_TO_BE_REPLACED

A sentence of 200 hour’s community service, £1,235 costs and a ten-year ban on owning any animal have been given to a couple who pleaded guilty to being cruel to a dog.

At York Magistrates Court on Tuesday 2 January Rudi Dear (aged 39 of St Aelreds Mews, Derwenthorpe, York) and Leanna Dear (aged 37 of the same address) pleaded guilty of failing to look after their pet dog and causing it unnecessary suffering.
END_OF_DOCUMENT_TOKEN_TO_BE_REPLACED 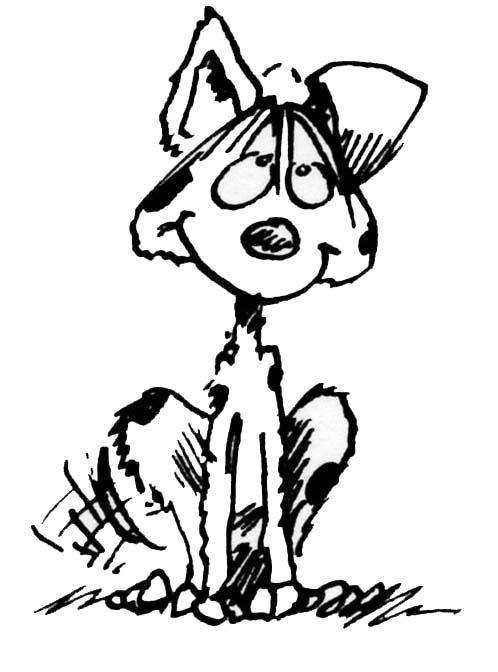 The York Council has let a contract for provision of a stray dog kennelling and collection service “pursuant to its statutory duties, powers and functions”.

This will include the provision of 5 kennels for the sole use of the Council for the housing of stray and other dogs held by the Council.

The contract will start on 1st June and will last for 2 years.

Only a small proportion of the cost is expected to be reclaimed from dog owners although most dogs are now micro-chipped. 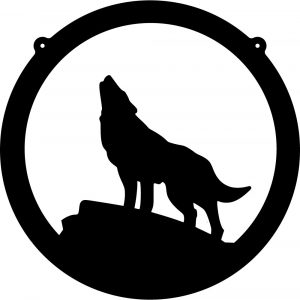 A couple of dog owners who pleaded guilty for the noise nuisance their dogs created, were yesterday (12 April) given fines totaling £1,039 by York Magistrates Court.

A couple of dog owners who pleaded guilty for the noise nuisance their dogs created, were yesterday (12 April) given fines totaling £1,039 by York Magistrates Court.

Wilfred Weston and Audrey Weston both of Burton Green, York were each issued with a noise abatement notice in 2012 because of their dogs’ howling and barking at their address.

St Leonard’s Hospice will once again be holding their annual Sponsored Dog Walk around the grounds of The University of York.

You’ll receive a certificate for your kennel and a goody bag just for taking part. If you think your owner needs a bit of exercise then choose our 4 mile route. If you’re a puppy or have young handlers, then why not opt for the gentler 1 mile route.

There will also be various stalls and games. The walk starts from 10am and the fun classes at 12 noon.

Raise the most sponsorship money and like me last year and you could be the face of “Paws for a Cause” 2017.

For further details, or if you are interested in having a stand at this event or providing gifts for goody bags please  email  sue.edwards@stleonardshospice.nhs.uk or telephone on (01904) 777777.

We’d love to know who’s coming so when you have entered, get your owner to email us a picture of you and we might put you on facebook or twitter!  Please email pics to Sue at the above email address.