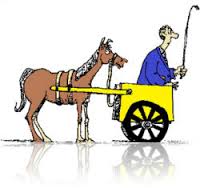 The York Council is still publishing agendas for meetings at the same time as the decisions  taken at those meetings are  published.

It had been anticipated that the new Council, would put an end to this practice. In effect anyone who wanted to make representations on an issue is still unable to do so.

It really can’t be that difficult to publish a council agenda a week in advance of any decision being taken.

The decisions this week (appointment of an older person’s project officer and the boundaries of the Rufforth and Knapton Neighbourhood Plan) were not particularly controversial.

Yorkshire loses chance of more powers in the wake of the elected Mayor impasse.

The government announced some delegated powers for the York and West Yorkshire Combined Authority (WYCA) yesterday but did not go as far as has been offered to Manchester. The government (rightly) says that the decision takers in Leeds – a gang of Labour Council Leaders – are not directly democratically accountable.

Given the appalling mess that some single party dominated Councils (Doncaster, Rotherham etc) have got into, the elected Mayor model is little better, substituting an elected dictator for what should be wide ranging debate and democracy..

The solution is to have a small directly elected Executive for the WYCA. To avoid dominance by one party (unless electors wanted that) seats should be allocated in proportion to the votes cast for each party.

Electors should have a say on which individual candidates they prefer (to avoid the party list monopoly -which is the major failure of the European election system). Costs could be contained by gradually reducing – by around 10% – the number of Councillors elected to other authorities. There should be a power of recall.

There is an opportunity to have a genuinely open system with social media having already shown how increasing numbers of residents can participate in debates about issues.

Mean while locally, the Liberal Democrat Group on City of York Council are calling for a radical overhaul of the way the council takes decisions with a return to a committee system.

Under the council’s current ‘leader and cabinet’ model, decision-making power is concentrated in the hands of just six cabinet members. Under a committee system, the cabinet would be scrapped and policy would instead be made by various cross-party committees with all political groups represented.

A Lib Dem motion on the issue will be debated at next Thursday’s full council meeting. The motion argues that the current system is “not-fit-for-purpose” and a more “open and collaborative” approach is needed.

The potential change was made possible through the Coalition Government’s 2011 Localism Act. Following this, a number of councils including Sutton and Brighton & Hove have moved to a committee-style system.

END_OF_DOCUMENT_TOKEN_TO_BE_REPLACED

An internal review has identified several failings in the way that the York Council takes decisions and makes information available to members of the public.

The report is being presented to a meeting next week. Curiously – given the nature of the subject – the full report has not been published

The audit revealed that “that there is not a consistent understanding across the organisation as to who can take key decisions”.

The audit noted that “the forward plan did not make it clear whether a Cabinet Member intended to hold a public decision making session”.

“A number of Ward meeting minutes were not available on modgov (a Council web site system) when the audit was undertaken”.

The report concludes by saying

“The remaining recommendations related to the wider Council’s use of technology and social media and the use of the website to ensure openness and transparency. Those issues are being explored within the rewiring programme and recently the city’s residents have been invited to participate in the development of a new website and the creation of an open data web portal”.

The appointment of the Chair of the York Labour party, to the same role on the York@Large Board, led to a Freedom of Information request last month.

There have been increased concerns raised nationally about party nominees being appointed to run organisations and companies about which they have little knowledge and no personal democratic mandate.

This culminated in the Paul Flowers case which saw a man, with limited abilities and a dubious personal lifestyle, rise to the top of the Co Op Bank simply because he toed the Labour Party line.

In the 90’s, the Nolan Report aimed to bring transparency to the appointment of representatives on QUANGOS. The principles of openness were accepted by all political parties in York.

York@Large (Y@L) is a Quango which in turn is a subsidiary of the larger Quango known as “York without Walls” (WOW). 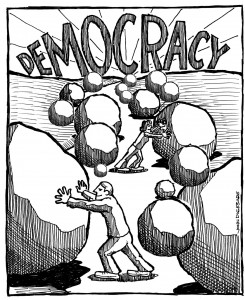 Y@L essentially seeks to manage the City’s cultural and leisure programmes. It has an interest in tourism although the interface with “Visit York” is hazy to say the least.

Its meeting minutes can be found on the WOW web site  A note on the web site currently says that the next meeting will be “held on 11th December 2013”! The meeting agendas do not encourage the public to attend.

In the spring of 2013 the last Chair of Y@L came to the end of her maximum 3 year term of office.

A new Chair (Labour Party activist Patrick Kelly) was appointed at its annual meeting. Strangely no copies of the minutes of that meeting can be found on either the WOW web site nor in the Councils electronic library

So how come the Chair of the local Labour party came to be appointed to this prestigious position?

The Freedom of Information response is evasive, but acknowledges the possible conflicts with the Nolan principles.
————

Another little known “Board”, which exercises influencing over York’s schools system, is known as the “York Education Partnership”. It is a more open organisation and does publish the minutes of its meetings on the Councils web site.

It also undertakes a statutory role as the official “schools forum”

It has an “independent” chair; the confusingly named David Cameron who hails from Fife in Scotland and who runs his own education consultancy company. He has a background as an Education Director in Sterling.

The appointment was a matter of interest for taxpayers not least because it attracts a fee of £500 a day – capped at £7500 annually – plus expenses.

If these Boards are really necessary, then the Council should make greater attempts to publicise any vacancies that arise.

Any costs incurred should be reported publicly in the same way as payments to Councillors are now reported routinely on the Councils web site.

Perhaps the penny has dropped as the Council has today made the following announcement. Whether launching a recruitment process over the festive period is wise is another matter.

One of City of York Council’s first social enterprise ‘spin-offs’ is looking to recruit two Non-Exec Directors to join its ranks when it is officially formed in the New Year.

The council has given the go-ahead for its Community Equipment Loan Store and Telecare Service to create a mutual from April 2014 that is majority staff-owned, with the authority continuing to have part ownership.

The Board will meet 12 times a year for a minimum of two hours a session on a voluntary basis, with the first meeting in February.

The organisation is particularly seeking Non-Exec Directors with expertise in:

To apply email heather.barden@york.gov.uk with a copy of your CV, or ring 07824 475368 for further information.

The closing date for applicants is Friday 3 January.

A selection is reproduced below. 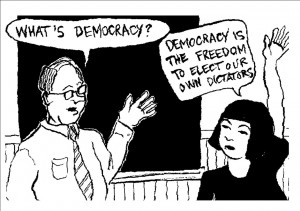 None of the Cabinet Councillors responsible is prepared to respond publicly to the criticisms and the local media increasingly adopt a supine approach to Labour’s excesses.

The Press haven’t even published the footfall figures, which were released last week, and which showed a 12% drop in the number of visitors in the City since the traffic restrictions were introduced.

Disillusion with the local democratic system is resulting in residents shunning the Councils activities.

– While the so called “housing week” events attracted in the main only officials and Labour members.

The Councils procession from the Guildhall to its new offices attracted City wide derision.

So it does raise the question of what residents can do, in a democracy, if their views are totally ignored by an inflexible Council leadership?

In the end, the answer will be to ensure that it never happens again.

Reintroduction of the “so called” committee system where decisions are take (at meetings open to the public) by all party groups, looks increasingly attractive.

Cabinet/Executive members have no delegated authority to act under such a system.

We will see if this option finds its way into the party manifestos for the local elections in 2015.

In the meantime those who have suffered through the bad planning of new traffic restrictions, who are appalled at the profligate expenditure of the Council, who oppose the ridiculous plan to increase the City’s size by 25% over the next 15 years, who fear the impact that new de-icing schedules will have on safety or who reject the idea that 20 mph is the right speed limit for all urban roads, should continue to make their views known to local Labour Councillors.

There is evidence that’s some of them are now beginning to question the style and content of the Alexander leadership.

Only 18 months to the next Council election. For some businesses though they will come too late.